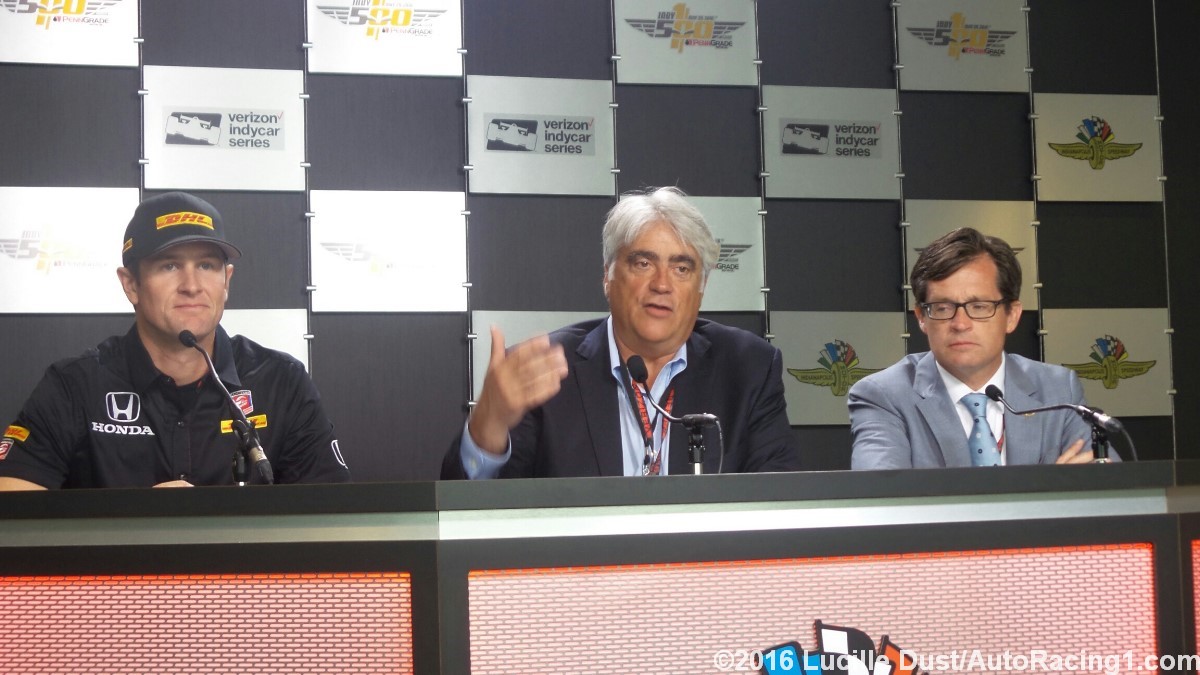 The red, white and blue logo captures the patriotic nature of America's greatest Memorial Day Weekend tradition and projects the forward motion that drives both the Indy 500 and the Verizon IndyCar Series onward.

"This has been a year of growth and opportunity for the Verizon IndyCar Series and the Indianapolis Motor Speedway," Hulman & Company CEO Mark Miles said. "The 100th Running has been a powerful reminder that the Indy 500 will always be so much more than just a race. The challenge and opportunity for the 101st Running is to ensure this momentum fuels progress in 2017 and beyond. I'm confident we'll get the job done."

The buildup for the 101st Running starts with "Race to Renew." Beginning at 12:01 a.m. on Monday, May 30, fans will have 500 hours to purchase their tickets for the 2017 Indy 500. Those who do so will be able to lock in their current seats at the most recent price or be first in line for upgrades. They will also receive a number of other benefits including:

"Hundreds of thousands of fans know the Indy 500 is the only place to be on Memorial Day Weekend," Indianapolis Motor Speedway President J. Douglas Boles said. "'Race to Renew' is the best way to ensure our current ticket holders, both newcomers and veterans, can lock in their seats and apply for upgrades first. I'm confident the 101st Running is a race they won't want to miss."

The "Race to Renew" reaches the finish line on June 8 at 8 p.m. More information can be found at www.ims.com/renew.