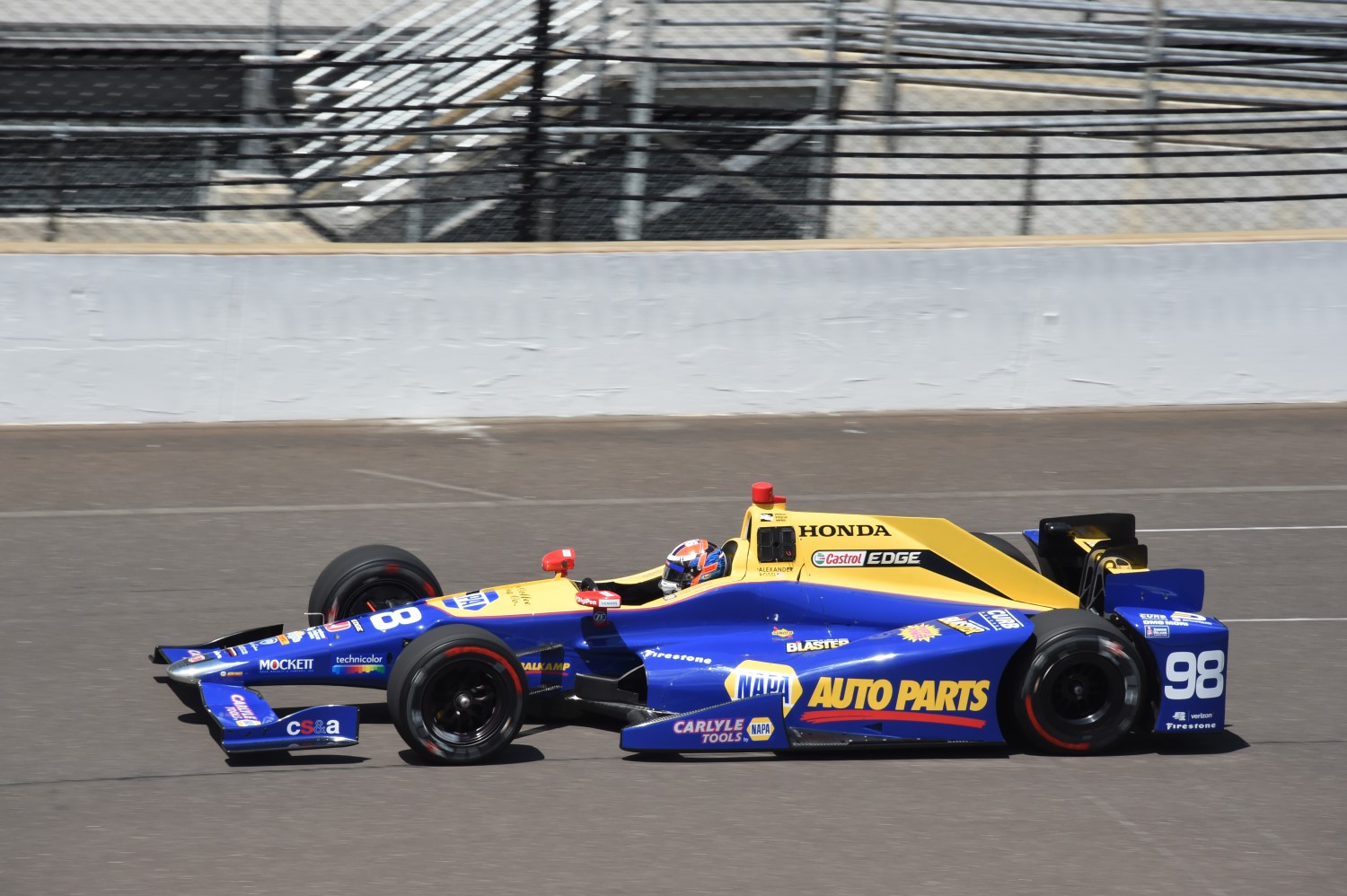 Scott Dixon experienced a motor failure during morning practice, and will be installing his race motor for qualification. The idea for most teams is to change the motor after qualifications so they have a fresh motor for the race, but Dixon's will have a few more miles on it.

Topping the speed chart this morning was rookie Alexander Rossi. We caught up with Rossi this morning, and asked him about his run last weekend. Yes, they discovered some things. Yes, he has all of the confidence that we'd normally expect from a veteran. Yes, you really should keep an eye on him if you have an office pool. The list of F1 drivers that never figured out starts with Ascari and Fangio, so for a F1 person to figure this much out this quickly indicates a rare level of natural talent.

Not that it matters — all 33 cars will start next Sunday — but the provisional back row currently looks like Pogo, Chilton and Mann. All three found the wall this week.

We also caught up with Sebastien Bourdais prior to qualification. He thought that everyone in this second group was a little lost, with most teams running backwards. He didn't seem to have a good idea of what he had for the effort today.