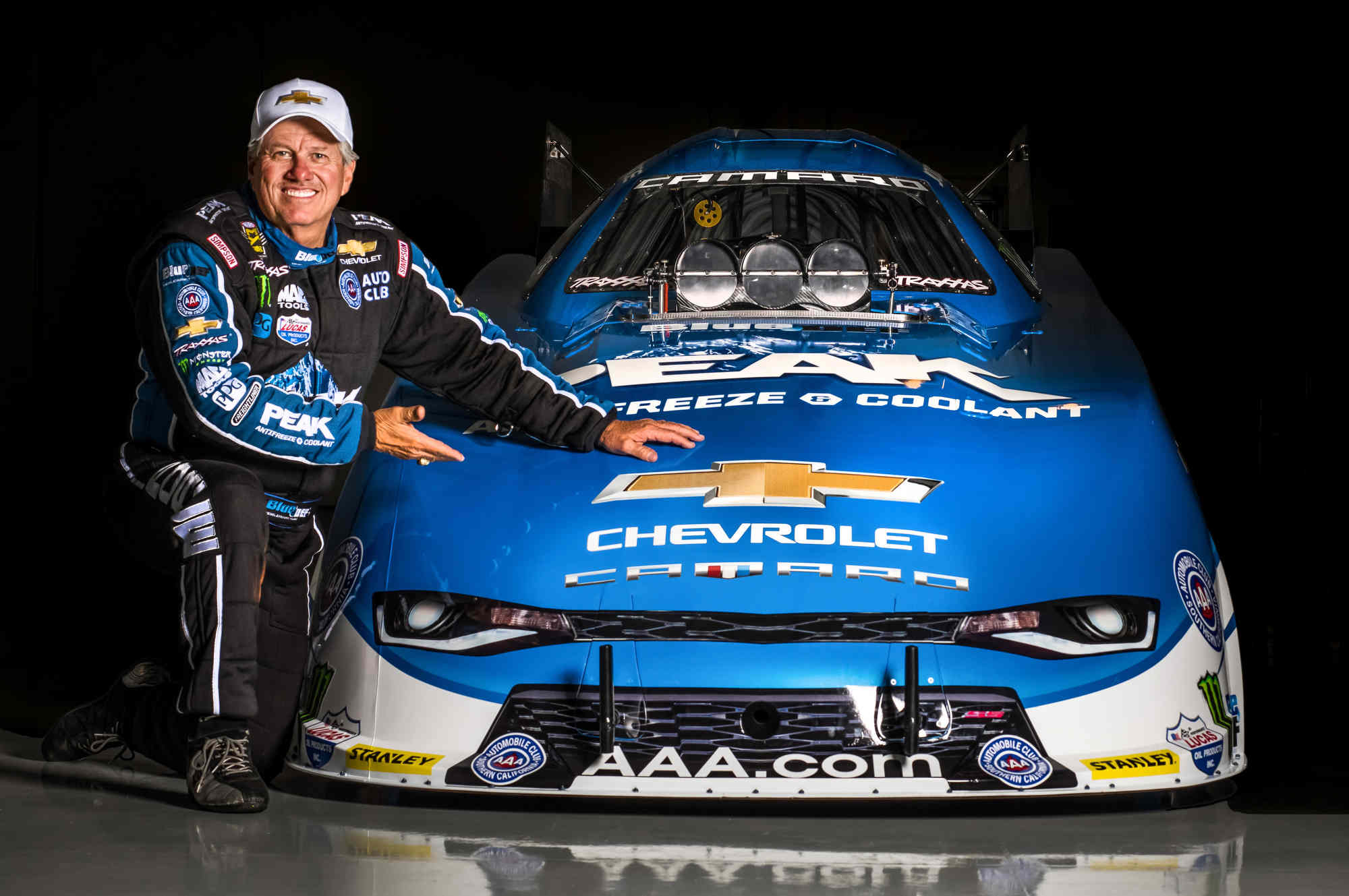 During second round qualifying for the NHRA Kansas Nationals at Heartland Park Topeka, John Force made contact with the left lane wall in his John Force Racing Peak/Chevrolet Camaro SS. Contact with the wall was significant enough to damage both the chassis and body beyond repair and the team is forced to go with a new backup car for the remainder of the weekend. The body on the damaged car was the first based on the sixth-generation Camaro SS and was making its debut this weekend at Topeka.

WHAT HAPPENED OUT THERE AND CAN YOU GET THIS NEW CAMARO BODY BACK OUT THERE FOR THE REST OF THE WEEKEND?

“First of all I want to apologize to all the Chevrolet enthusiasts out there, everyone that worked on this car and helped design it. The first run that we made with the car…..there are two different kinds of shake. There is an aggressive shake and a weak shake and on those two types, you have to know which way to pedal it. If its weak, it’s got to be real quick snap of the pedal to get off and get back on to catch it. And that is what I did on the first run, it was weak. It still ran 4.10 and put me in the top 12 in the show and ran a 327 or 326 something. So it cut the air, steered perfect, and the view was awesome. Everything was good about it. So we went back to work and said we have to get after this thing because the conditions were getting better. (on the second run) It left hard, did the same thing. People had been running some big numbers and when it rattled again so I tried to catch it quicker thinking it was a weak shake. I was thinking I could step up and put myself higher in the show. Well, it was an aggressive shake which means I should have got out of it and waited. But I didn’t know. And right as I went back to hit it, you can see on the video that it was starting to turn and it’s just enough when you hit that throttle its sideways and it put me straight into the wall. It’s a shame because of all the hard work. We can’t fix it and it will have to go back, and go back in the mold. And that is all we can do right now."