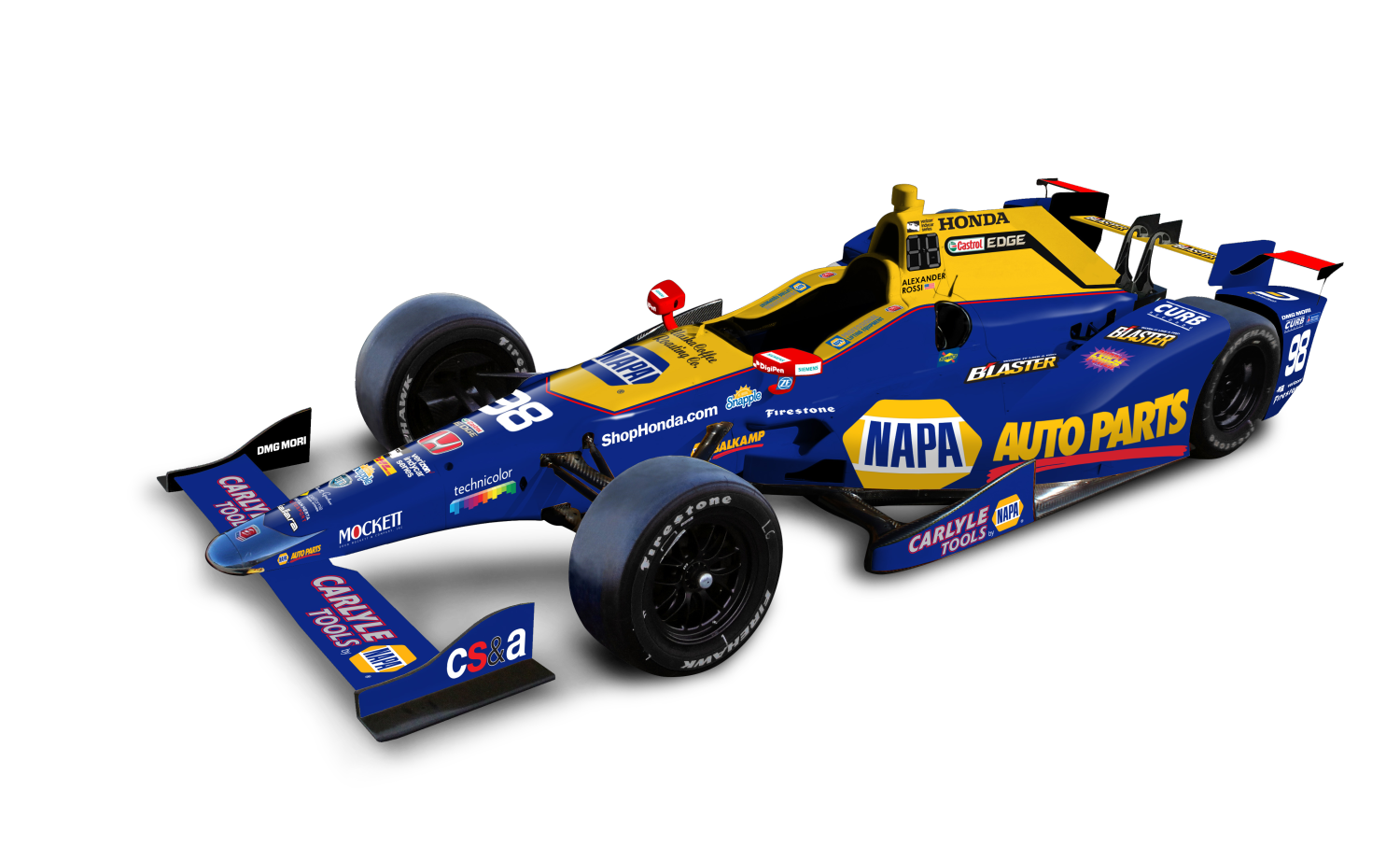 Iconic auto parts retailer NAPA AUTO PARTS, in conjunction with NAPA’s major supplier NAPA Balkamp and their supporting vendor partners, has joined with three-time Indy 500 champion Andretti Autosport to sponsor the No. 98 Indy car driven by Alexander Rossi in the 100th Running of the Indianapolis 500. Rossi’s No. 98 machine is fielded via collaboration between the Michael Andretti-led organization and Bryan Herta Autosport.

Tip Tollison, President of NAPA Balkamp in Indianapolis, stated, “Andretti Autosport symbolizes the excellence NAPA AUTO PARTS has maintained for nearly 100 years. With this being the 100th Running of the Indianapolis 500, I cannot think of anything that makes the historic event more complete than the joining of a premier racing family and a premier auto parts company."

“We’re excited to begin a relationship with another storied American brand for this landmark event," said Andretti Autosport CEO Michael Andretti. “This will be NAPA’s first time serving as a full primary sponsor in the Verizon IndyCar Series, and I’m honored to have Andretti Autosport chosen to represent their brand."

The NAPA AUTO PARTS branding, which will also be carried as an associate sponsor on all Andretti Autosport Indy cars for the remainder of the 2016 Verizon IndyCar Series, will make
its Indy car racing debut as the field takes to the famed 2.5-mile oval Saturday for Indy 500 practice. Together on Saturday, both Rossi and NAPA will make their first ever
Indianapolis 500 qualifying attempt live on ABC at 11 a.m. ET.

The Indianapolis 500’s 100th Edition will go green at 11 a.m. ET May 29 in front of a sold out Indianapolis Motor Speedway and live to viewers worldwide, with the US nationwide broadcast living on the ABC network.