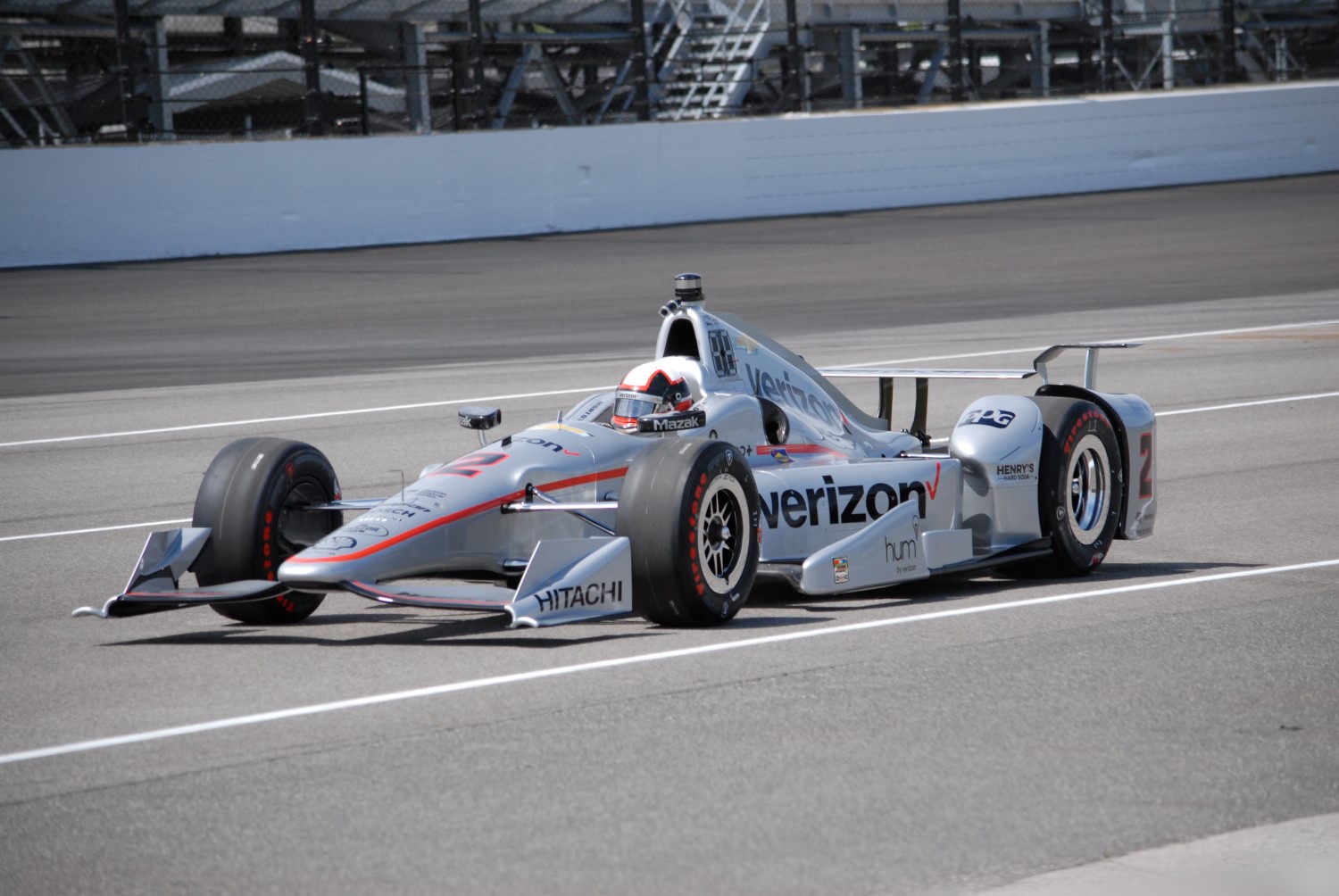 IndyCar practice for the 100th running of the Indy 500 has come to a temporary halt courtesy a problem with Juan Pablo Montoya. His car just slowed to a stop, so IMS had to send a tow truck out to get him.

So far today we've had a total of 1357 laps under near-perfect weather conditions. Thirty-two cars have taken to the track, and all are within 1 1/4 second of each other (the top 30 are separated by only a second). Gabby Chaves set the early pace with a 227.961 in a tow-assisted lap. Non-tow, the leaders are Will Power, Juan Pablo Montoya and Alexander Rossi, all over 225 mph.

Yesterday Spencer Pigot has the rear of the car slide out from under him in the south short chute of the speedway. Today, the team is putting together another car due to tub damage — not cracked, more like gashed. Team members are saying that the right rear tire that was losing air pressure prior to the incident. Team officials hope to have the backup out yet today.

So here we are, with all cars running in a conga line, within a second of each other, and one has to wonder what the race will be like. Sage Karam was pretty straight-forward with his assessment — it will be a boring race, and will probably be determined by mistakes and mishaps instead of on-track racing. Apparently, drivers can use the draft to pull up on the rear of another car, but unlike prior non-dome-skid years, they could continue to make a sling-shot pass. This year, they hit a "wall" and no further progress can be made.

However, James Hinchcliffe has a different take — when asked about the close times, said that "it's called racing" and that he expects a good show. Obviously, IMS might have thoughts of its own on the matter in any case as these races are barely predictable.