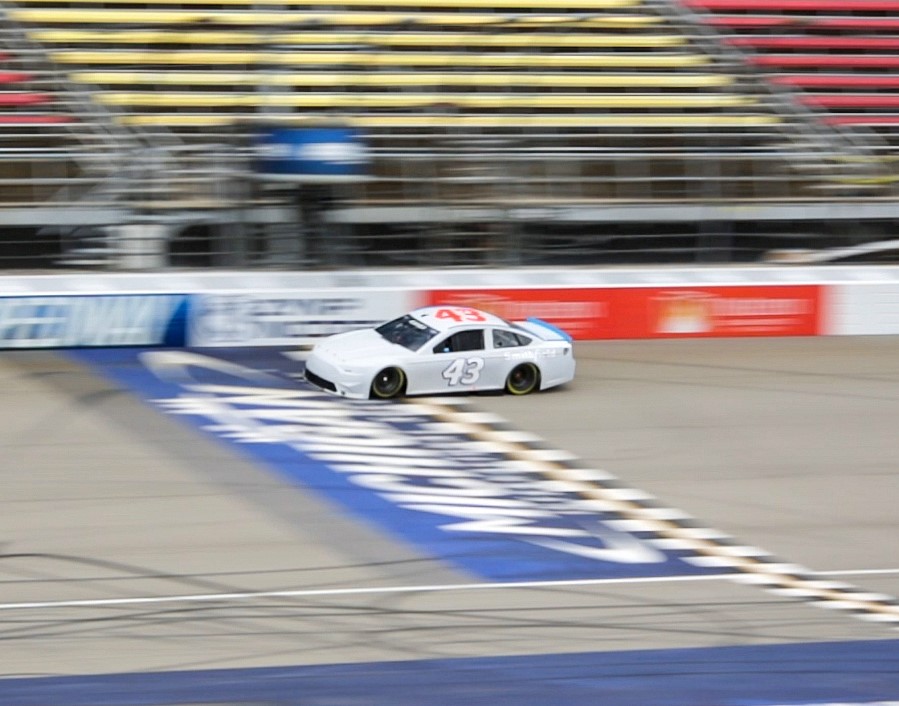 NASCAR returned to Michigan International Speedway on Tuesday for a Goodyear Tire test.

Austin Dillon, Martin Truex Jr., Kyle Larson and Aric Almirola tested the 2016 aerodynamic package on the high-speed oval. The results were an overwhelming success as the teams were able to gather data to prepare for the FireKeepers Casino 400 on June 12 and the Pure Michigan 400 on August 28.

Goodyear used the test to confirm it is providing the proper tire compound to ensure the best racing at Michigan International Speedway. Engineers and drivers from each NASCAR manufacturer – Chevrolet, Ford and Toyota – were here to test options for the new low-downforce package.

The 2016 lower downforce setup has provided exciting racing early in the season as the races have featured close finishes, lots of passing and high speeds. Fans can expect more of the same when the series returns to MIS in June.

The test is the next step in making the racing better everywhere. Goodyear used the test to confirm it is providing the proper tire compound to ensure the best racing at Michigan International Speedway and in NASCAR.

The 2016 NASCAR low downforce aerodynamics package has produced non-stop action in the first 12 races of the season. It has been met with rave reviews from the drivers, media and fans.

Lowering the downforce on a car makes it harder to drive, which puts more emphasis on driver skill and increases the potential for more passing.

Characteristics of the lower downforce rules package includes more off-throttle time for drivers and decreasing corner speeds. This generates more passing zones over the entire track, and allows for multiple tire combinations to be levered.

The Sprint Cup Series will wind up its summertime stint at MIS on August 28 with the Pure Michigan 400. The Camping World Truck Series Careers for Veterans 200 presented by The Cooper Standard Foundation & Brad Keselowski’s Checkered Flag Foundation is on August 27.