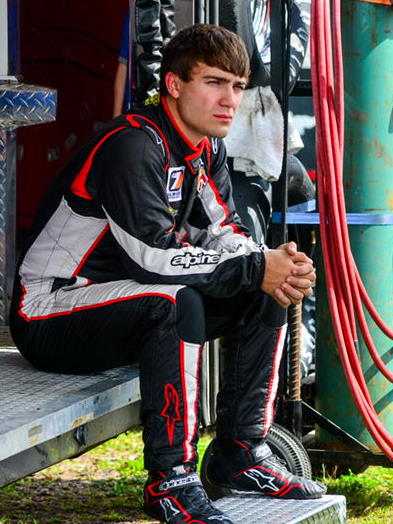 Roush Fenway Racing has announced the addition of Ty Majeski to its vaunted developmental program. Widely regarded as one of the top young driving prospects in all of motorsports, the 21-year-old driver from Seymour, Wis., will compete for Roulo Bros. Racing in selected ARCA events during the 2016 season; the same program that developed Roush Fenway’s 2015 XFINITY Champion, Chris Buescher.

“We are truly excited about having Ty on board," said Roush Fenway President Steve Newmark. “He is an exceptional young man that has excelled on and off the track, as evidenced by his considerable racing accomplishments, as well as his career in the class room as an engineering student. We feel that there is a very high ceiling for what Ty can accomplish and we look forward to watching him progress in his career and hopefully playing a major role in that development."

A third year mechanical engineering student at the University of Wisconsin-Madison, Majeski’s career started like many others, in go-karts at the age of nine, and now boasts two ARCA Midwest Tour Championships, with the most recent in 2015. During that season Ty earned 19 wins and set 20 fast times in 58 late model starts.

The young driver, who holds the Snowball Derby track record at Five Flags Speedway, is off to a fast start in the 2016 season, having set one track record, posted four fast qualifying times and collected eight wins in 13 starts to begin the year.

Cutting his teeth on many of NASCAR’s home tracks, Ty has earned some of late model racing’s biggest wins including the 2015 Governor’s Cup and 2016 World Series of Asphalt Championship at New Smyrna Speedway. Ty’s 2016 success has continued with wins in the 40th Annual Rattler 250 and Joe Shear Classic at Madison.

“I am really excited to get this next step started," said Majeski. “It’s an honor to be associated with one of NASCAR’s most successful owners, Jack Roush. I would like to thank everyone at Roush Fenway and Roulo Bros. for the opportunity.

“Gary Roulo and I started talking at the beginning of the 2015 season," added Majeski. “And now we have been able to put this program together and I am very much looking forward to working with both Roush Fenway and the Roulo Bros. this season."

Majeski has had no shortage of accolades resulting from his on-track success and off-track demeanor. In 2015, he was one of seven drivers to compete in the first-ever class of Kulwicki Driver Development Program (KDDP). Majeski not only excelled during his on-track performances – earning the maximum number of points in the competition – but also showed his dedication to the KDDP in how he represented the program off-track.

In establishing his own driver development program for young go-kart drivers, Majeski highlighted the organization’s mission to serve young talent. Majeski’s outstanding performance in the KDDP led to him being crowned the inaugural Kulwicki Cup Champion for 2015.