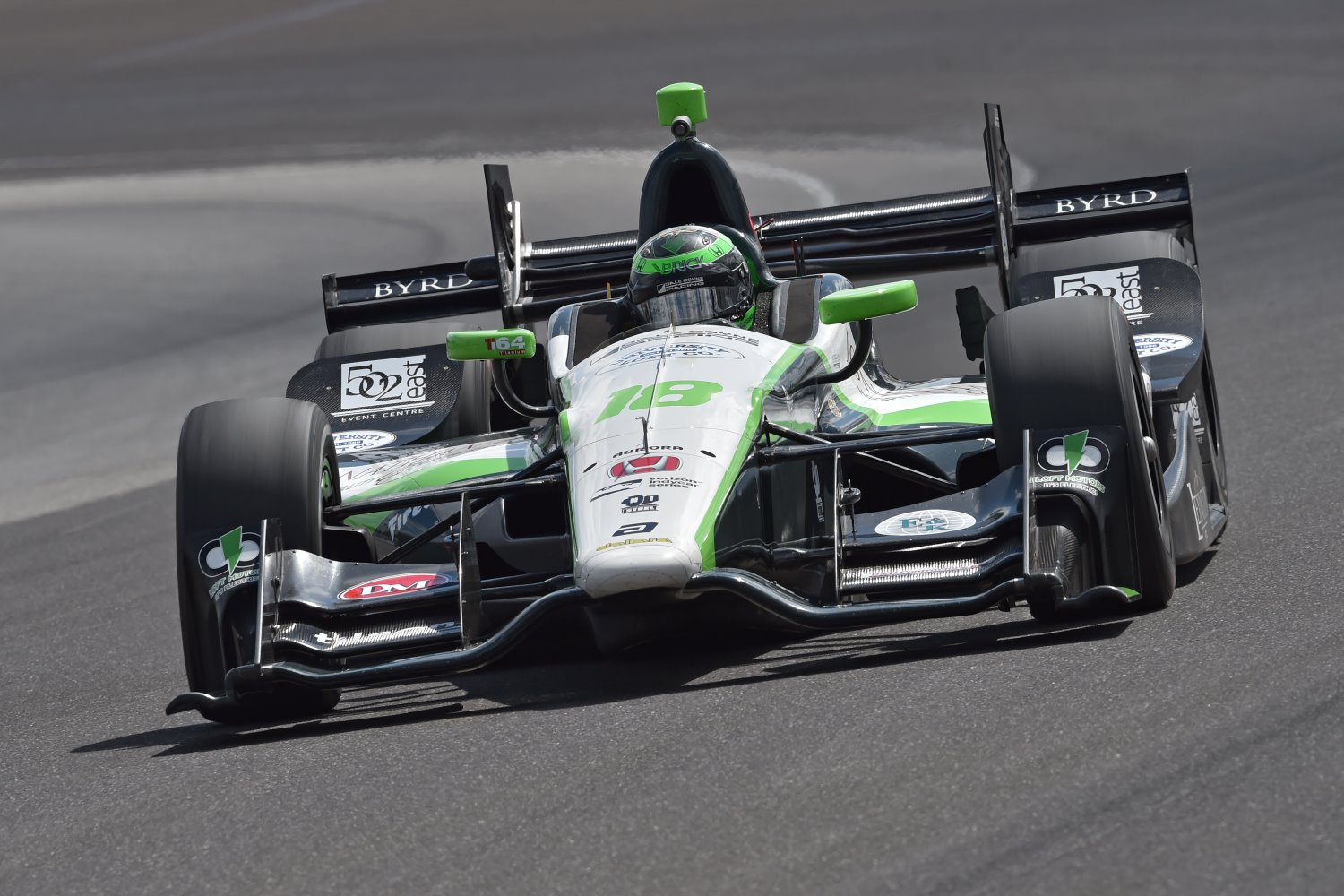 The struggles of Dale Coyne Racing saw a much needed reprieve in Saturday's Angie's List Grand Prix of Indianapolis.

The preseason hopes that followed the Plainfield, Illinois-based team into 2016 finally blossomed as American prodigy Conor Daly commanded the lead for a time on the Indianapolis Motor Speedway road course.

Daly's time at the front on Saturday gave validation to the paddock's expectations of the young American as he took over the lead from one of the most tenured veterans of the Verizon IndyCar Series.

"It was a great effort from the team. They put us in the right place at the right time and thankfully I was able to get around Helio on the restart and go from there," Daly said.

Ultimately, the rookie struggled with tire degradation in trying to elongate the fight with Team Penske's Helio Castroneves and Simon Pagenaud before settling into sixth position.

"I was really helpless and our rear tires were going away and Charlie (Kimball) got a good run on us. [Chevrolet] is really hard to keep up with on the straight so he was able to get me but I had to hold on to what we could do. We just lost the tires at the end."

Gabby Chaves, Daly's teammate for the month in Indianapolis, attempted a similar strategy in Saturday's race but fell victim to an inopportune safety car period.

"We were on the same strategy as Conor, we just got caught by a safety car at the wrong time. A few seconds difference and we would have been right there as well," Chaves said.

The Colombian driver ultimately finished the 82-lap race in 17th.

Saturday's race served as the young driver's debut at Dale Coyne Racing. Chaves raced full-time in 2015 with Bryan Herta Autosport but was dropped ahead of the 2016 season in the merger between his former team and Andretti Autosport, with Alexander Rossi filling his seat.

His debut at Coyne marked his first Verizon IndyCar Series race since the season-ending GoPro Grand Prix of Sonoma at the end of August.

"I think I took a step forward as well, with this being my first race back and figuring everything out. It felt good in the car. We just have to keep working," Chaves added.

It remains unclear whether Chaves will occupy the No. 19 Honda of Dale Coyne Racing after the month of May.

Conversely, Daly remains secure in his role at Coyne for the entirety of 2016.

Saturday's time at the front gives the team a much-needed boost in morale headed into practice and qualifying for the 100th Running of the Indianapolis 500 presented by PennGrade Motor Oil.

"It was awesome to lead laps at the Indianapolis Motor Speedway," Daly said. "It's a good way to kick off May here."

Daly, Chaves, and the rest of the Verizon IndyCar Series field will begin practice for the 100th Running of the Indianapolis 500 on Monday, May 16. Zach Wenzel/Apex