After being taken out in the last two F1 races by Daniil Kvyat, Sebastian Vettel had words with Christian Horner and Kvyat was demoted to Toro Rosso and Jos Verstappen was promoted to Red Bull. After Verstappen outqualified both Ferrari's in Spain today, Vettel again had words with Horner:

And the Verstappen's had something to say about that: 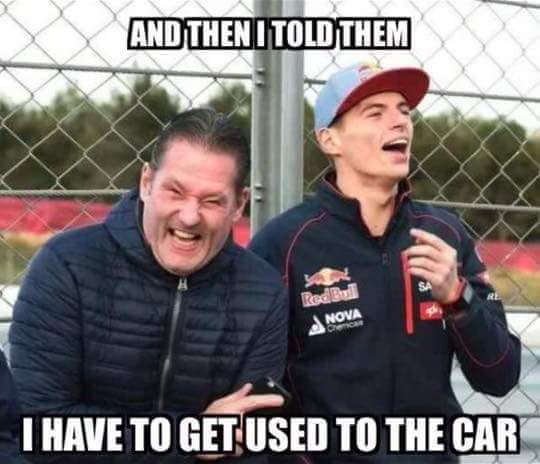