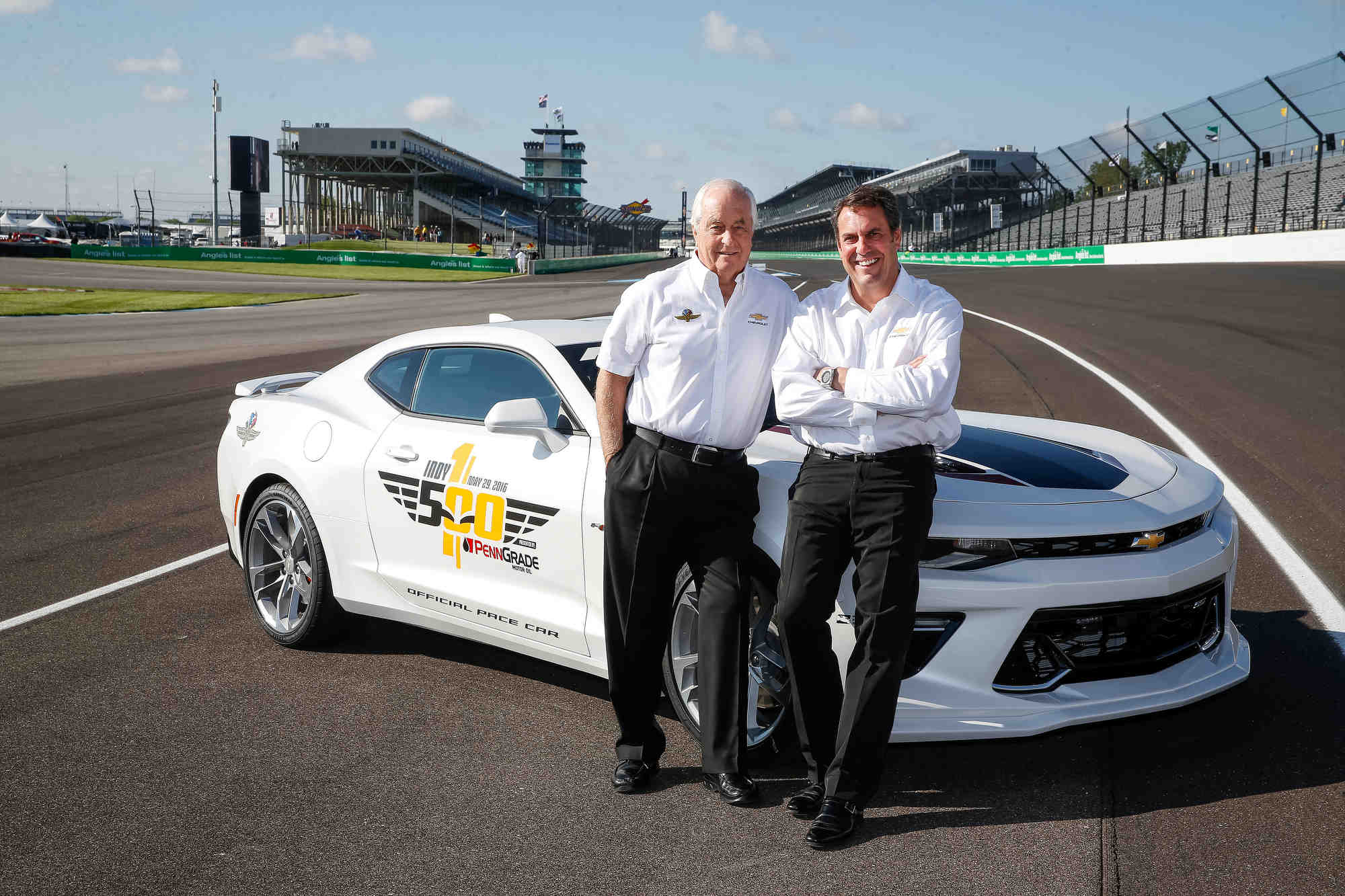 When Roger Penske received the invitation from Chevrolet officials to drive the Chevrolet Camaro pace car at the historic 100th Running of the Indianapolis 500 presented by PennGrade Motor Oil, he only needed a minute to decide to accept.

The next thought was typical for a man whose cars have won the race a record 16 times.

"How can I use this as an advantage?" Penske said today.

He was joking, but it was a quick insight into how the motorsports and business icon got to this point. Penske first visited Indianapolis Motor Speedway in 1951 for the Indy 500 with his father, and knew at that moment that he wanted to be in the car business somehow.

Penske was a successful racer for a time, but passed on an Indianapolis 500 rookie test for owner Al Dean in 1964 that changed the course of motorsports history. In order to own a Chevrolet dealership, Penske had to give up driving. So he did, and Mario Andretti took that rookie test.

That first Penske dealership in Philadelphia turned into a global empire. A race team that began in 1966 turned into a powerhouse that continues today. Penske is celebrating 50 years in motorsports and that, combined with his incomparable Indianapolis 500 record, led to the opportunity to drive a 50th anniversary Chevrolet Camaro SS to lead the field of 33 to the green flag at the 100th Indianapolis 500.

"This is going to be one of the greatest races for me personally," Penske said.

And after driving the pace car, Penske will go right back to doing what he loves the most – attempting to win another "Greatest Spectacle in Racing."

"It is amazing to see what Roger can do and how involved he is in everything he does. He's everywhere, everywhere at once. He's like a superhero," said Simon Pagenaud, the second-year Team Penske driver now leading the Verizon IndyCar Series standings. "He has a strong desire to win races. He has the passion to have the finest team. He gives us everything we can have for success and that's very special. You can't say that about every team in the world."