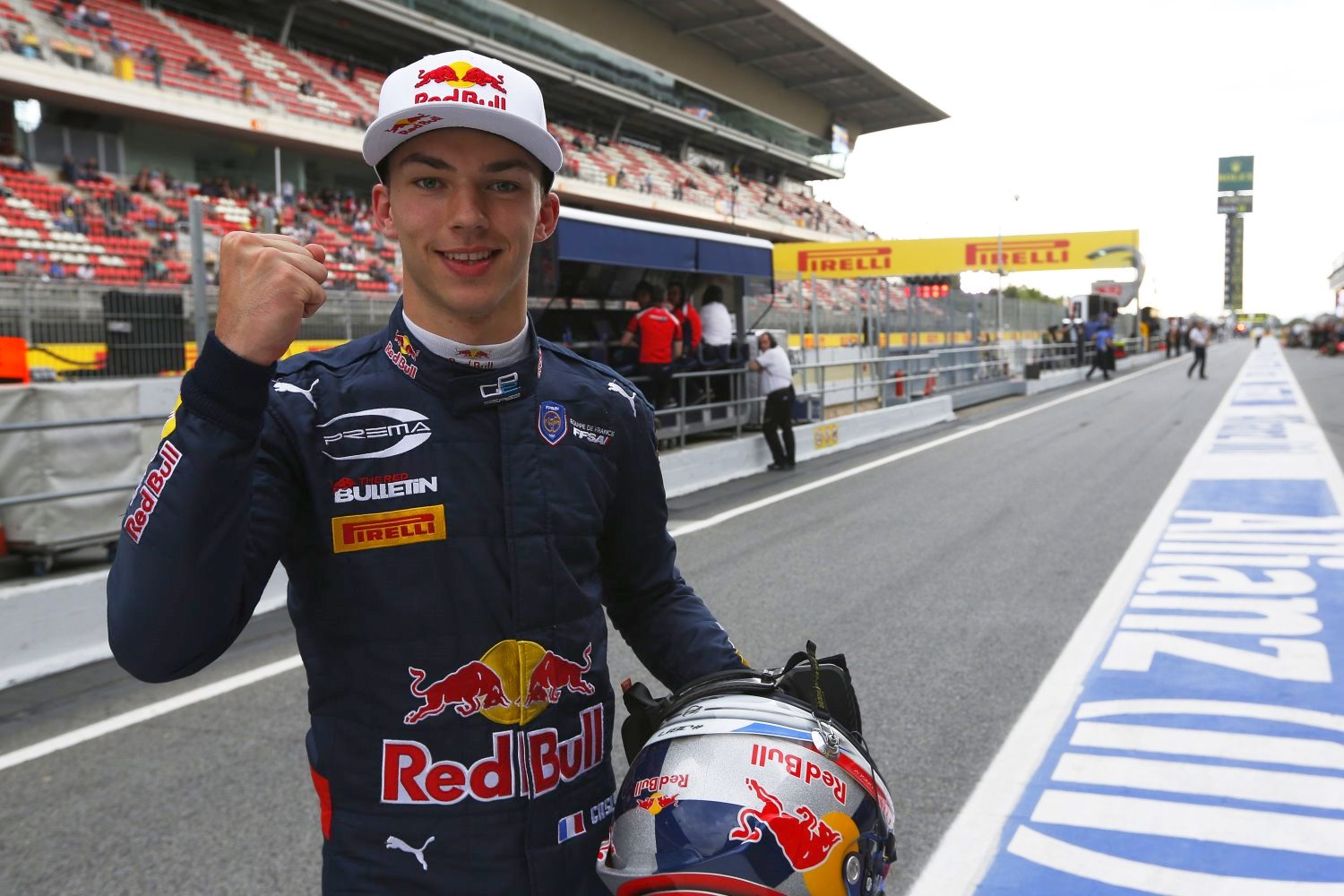 Pierre Gasly emerged on top in a dramatic qualifying session this afternoon at the Circuit de Catalunya, grabbing his fourth GP2 pole (and third in a row) and the first for PREMA Racing on their series debut in the closing minutes to deny Norman Nato and Alex Lynn as the clock ticked down to zero.

The Red Bull tester stopped the clock at 1:27.807, the last of a string of drivers to stake a claim for the top spot as the times tumbled towards the end of the session, blasting the dreams of his rivals as he finished four tenths to the good over his countryman.

The session opened to warm temperatures but ominous looking clouds, and when the field took to the circuit everyone's fears looked like coming true as spots of rain were seen on the on-board cameras and a few drivers were sliding already before their fast laps, but it held off as the times became real with Nato, Sergey Sirotkin, Oliver Rowland and Gasly all spent time on the top of the timesheets on their first sets of tyros.

As the sky darkened so did moods in the pitlane, with ART taking a gamble and sending their drivers out early on a new set: Nobuharu Matsushita grabbed P3 and Sirotkin went two better as their rivals emerged, and the French team looked to the skies to see if their plan was going to pay off. But as the clock ticked down the rain held off as first Lynn, then Nato, and finally Gasly grabbed the top spot .

Behind Lynn was DAMS teammate Nicholas Latifi, Sirotkin, Gustav Malja, Rowland, Matsushita, Artem Markelov and top rookie Luca Ghiotto, all of them improving on their second sets in an increasingly fast session (last year's pole position for Stoffel Vandoorne would have only grabbed P12 today), which suggests a blistering pace in tomorrow's feature race here in Barcelona.