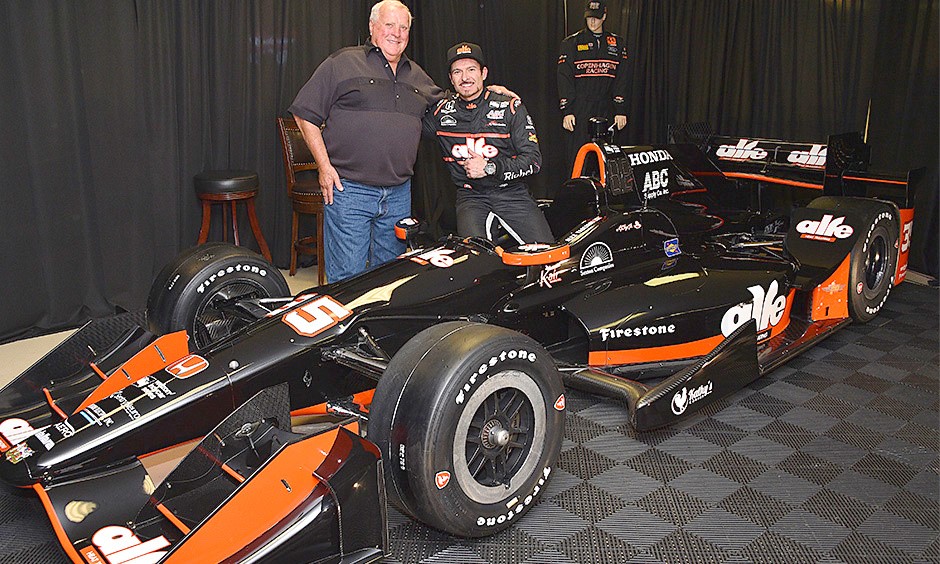 Alex Tagliani returns to Indianapolis in the month of May to compete in not one, but two IndyCar races at the famed Brickyard Motorsport Complex. Unlike the some of the previous years where Alex went directly to the Indy 500, AJ Foyt Racing decided this year to give the Canadian an opportunity to drive the Alfe Heat Treating Special Honda single seater before the greatest spectacle in racing and entered the number 35 car at the Grand Prix of Indianapolis on May 14 on the Speedway road course. Tagliani last raced an Indy car on a road course in 2013 where he finished 10th in Toronto.

According to Alex, the May 14 race will give him an opportunity to get back into single seater mode before the 100th running of the Indy 500 on May 29. In his 2009 debut at Indianapolis, Tag finished 11th after starting last in 33rd place and was named race Rookie of the Year. The following year, he recorded his best result at Indy crossing the finish line in 10th place. In 2011, the Canadian driver earned the coveted pole award on the event's 100th anniversary. Since the first 500-mile was run at Indianapolis Motor Speedway in 1911, four races (1942-1945) were not held due to the Second World War.

The Angie's List Grand Prix of Indianapolis, round 5 of the Verizon IndyCar Series will be run Saturday, May 14 on the Indianapolis Motor Speedway, a 3.925-km, 14-turn road course. Race time is 3:50 p.m. Race coverage will start at 3:30 p.m. on SportsNet 360 and ABC. Tagliani will be driving the number 35 AJ Foyt Racing car commemorating the 35 consecutive race starts team owner A. J. Foyt made at the Brickyard from 1958 through 1992. A.J. was born in 1935.