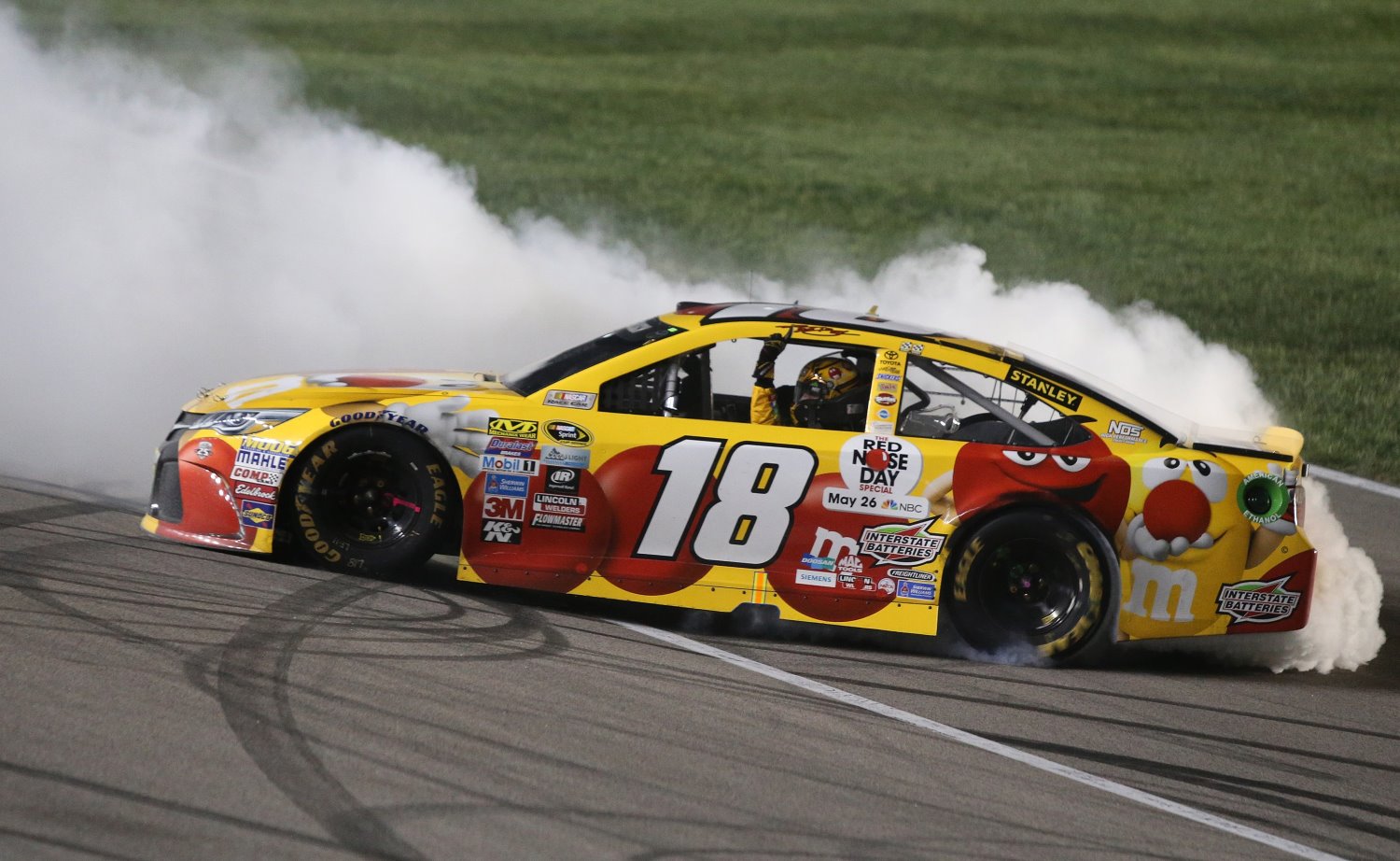 "We really don't like to see that happen," Miller told SiriusXM. "There was a little bit of a rash of it last year and we kind of got that in check, and this is the first time we've seen it in a while. We certainly don't like to see it, but I believe Kyle was very happy because he's really, really struggled at that race track and he just got a little overzealous there with the celebration. We've had a lot of JGR cars through NASCAR, so we have a pretty good idea of what they're doing with their stuff so I don't … it's not that suspicious to me, really."

The other bodywork issue that drew officials' attention, Miller said, involved the Chip Ganassi Racing #1 Chevrolet for driver Jamie McMurray . The team was flagged on Lap 30 in the 267-lap race for unapproved adjustments to the car's body during a pit stop. Miller used a football analogy to describe the alteration.

"We've gone to great lengths to get bracing in the side of the cars and define how all the parts and pieces have gotta be, and that's for one reason — so that the sides don't cave in and the quarterpanels don't cave in," Miller said. "Their jackman looked like an offensive lineman throwing a block at the side of their car, so it caved the side in. We saw it, didn't like it, and back down pit road they came to fix it. That's just how it works. You can't pull on the skirts or cave the sides in or alter the body of the car on pit road, and that's what they did." NASCAR.com