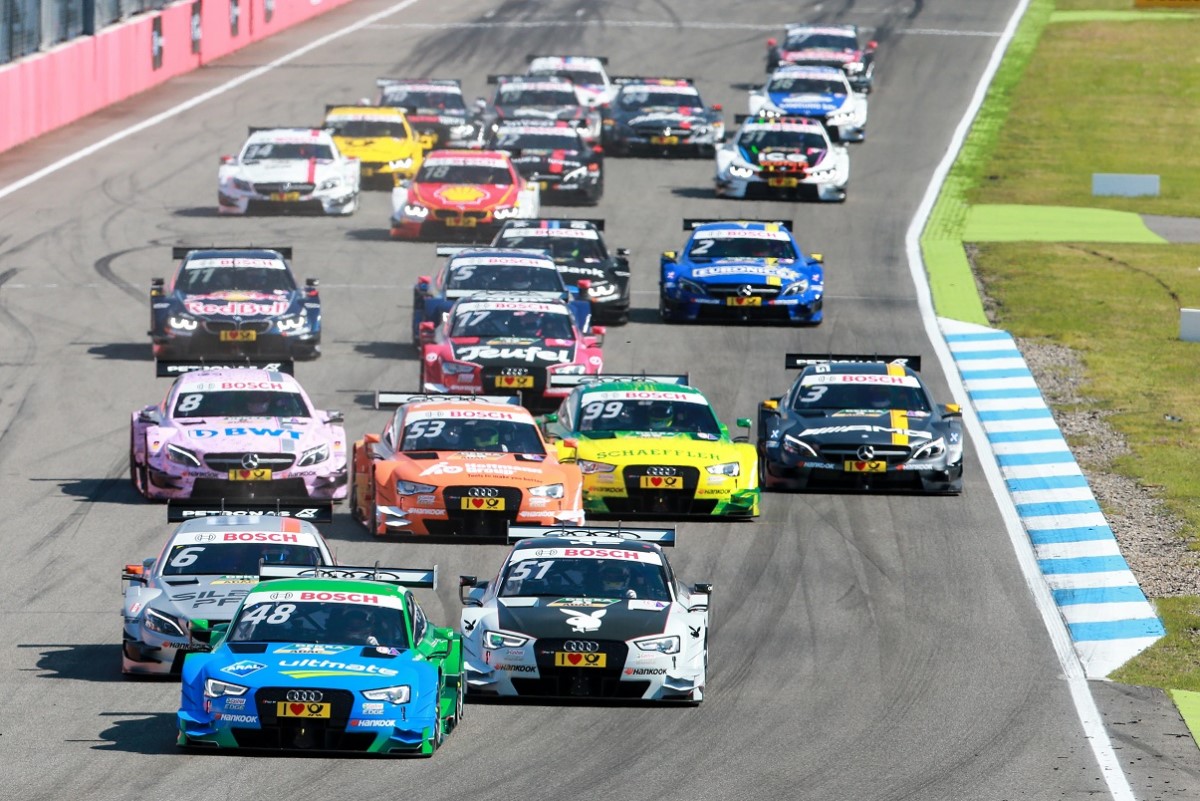 Edoardo Mortara is the first winner of the 2016 DTM season. With his Audi RS 5 DTM, the Italian won Saturday afternoon’s opening race at the Hockenheimring Baden-Wurttemberg in dominant style. Mortara already laid the foundation for his fourth DTM race win at the start, in which he moved up into the lead from second place on the grid. In an action-packed and thrilling race with many position battles, Mortara’s lead was never in jeopardy. Second place in the 40 minutes’ race went to Robert Wickens. With his Mercedes-AMG C 63 DTM, the Canadian took the checkered flag 1.6 seconds after the winner. There was also huge joy for the man in third place: Nico Muller, who started from pole position, scored his first podium finish in the DTM. Bruno Spengler became the best-placed BMW driver in the first race of the season. With his BMW M4 DTM, the 2012 DTM champion finished sixth.

In temperatures around 28 degrees, the action was particularly hot in the opening stages of the race. In best touring car racing style, there were battles for every position and not always without damage. From the 24 cars that took the start, 16 made it to the finish after 25 laps. Among the most prominent drivers to retire were Timo Scheider and Timo Glock, for whom the race was over after the first (Scheider) and the second (Glock) lap respectively. For Mike Rockenfeller, who competed in his 100th DTM race, the season opener came to an early end as well.

After the first of 18 season races, winner Edoardo Mortara is in the lead with 25 points. Robert Wickens and Nico Muller are second and third with 18 and 15 points respectively. Audi is leading in the manufacturers’ standings with 43 points from Mercedes-Benz (40 points) and BMW (18 points). The second DTM race at Hockenheim starts on Sunday afternoon at 14:30 hrs. The starting grid positions will be determined in qualifying from 12:30 hrs.