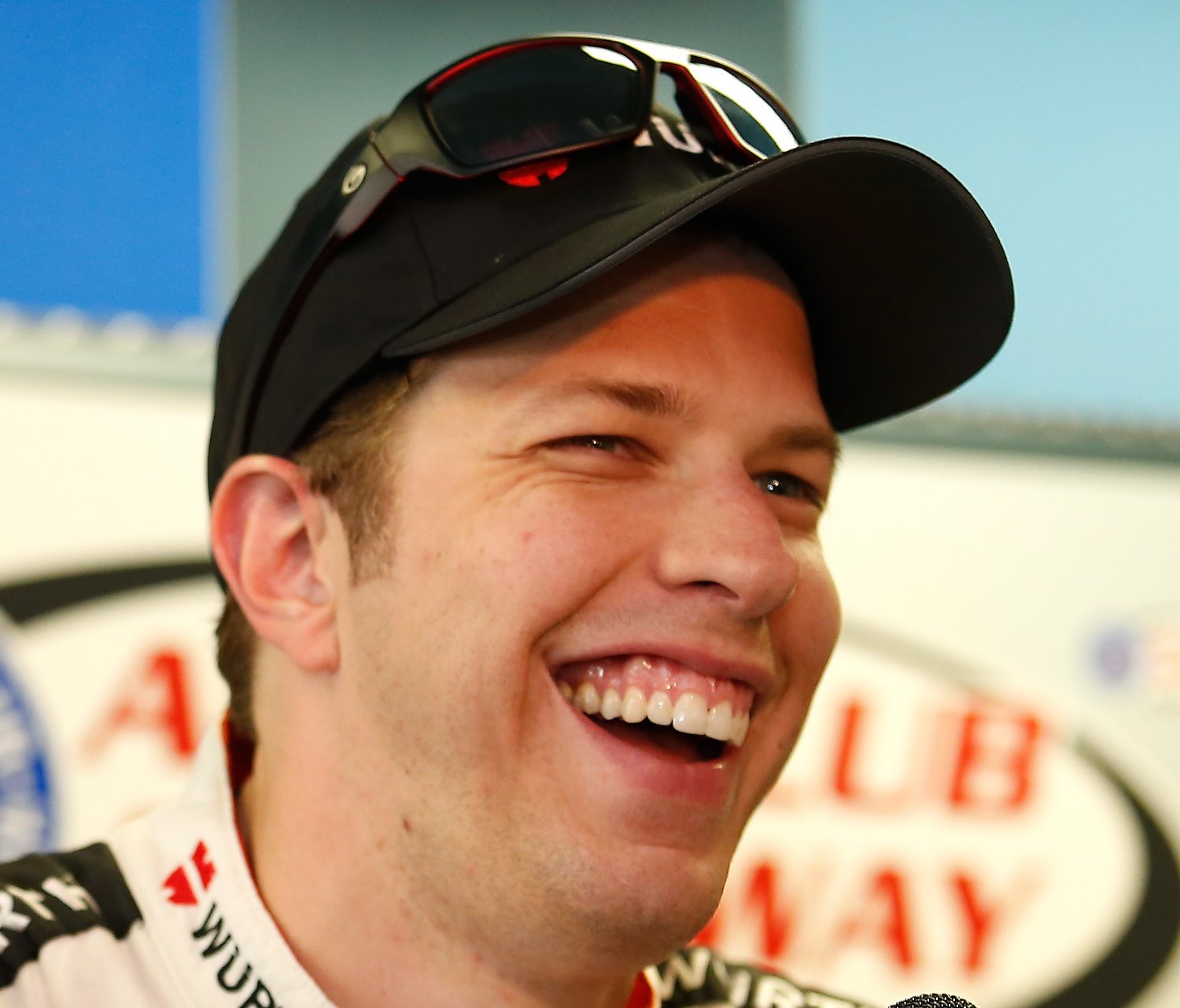 Brad Keselowski spoke to the media Friday at Kansas:

You're either getting a lot of credit or later the blame for the all-star race format just announced. What was your thinking going into that?
"Someone reached out to me and asked me from the Charlotte Motor Speedway what we could do to make the race the best possible, and I put a little bit of thought into it. I know another group of drivers did as well and we all kind of pitched in some ideas. I don't know, I don't think that I was all the ideas, but maybe the one that seems to catch everyone's attention. I just wanted to see the race something that I would want to watch if I was a fan, and something that I would want to be proud of if I was the driver that won it. A lot of times we get caught up with trying to maybe make one group happy and we forget that this sport is more than one group.

"So for this particular format, example, the idea was how do we make the drivers feel like they earned it and the fans feel like they saw a great race. I feel really good about it. I think what you're gonna see in the All-Star Race is gonna be the modern day format of excellence for that type of race because a lot of things have changed. It's not 1990 anymore. It's not 1992 anymore. I think we've seen aerodynamics come in the sport and really make it so much more difficult to pass than ever before, and the format is meant to combat that challenge. There is probably an argument to be made that it's a little bit gimmicky, and that's fair, but it's the All-Star Race and I feel like the All-Star Race gets a free pass on gimmicks to some extent, and it should be a short, fun, amazing race. I'm feeling pretty optimistic that it's gonna be the best race of the year."

What will make a driver have to earn it?
"You're gonna win the race one of two way, most likely and one of those two ways is you're either gonna drive through the field in 13 laps, which in my belief is earning it. Whenever you have to pass 12 or 13 cars over the course of 13 laps that's a lot of passing, and I think that's gonna require perfection from a driver making all the right moves and understanding every little idiosyncrasy of the race track and his competitors, and vice versa. If a guy that's 11th or 12th, or whatever that number ends up being, gets the lead and runs away with it, he's gonna have to drive his butt off because he's gonna have such a natural disadvantage with the scenarios that play out that I think it's gonna be extremely difficult for him. Either way, no matter who wins, you're gonna have to fight hard, whereas I think when we looked at the last few years' scenario it was pretty simply – win the restart into turn one and you win the race. I didn't feel like that was an earn it scenario." Ford Racing PR