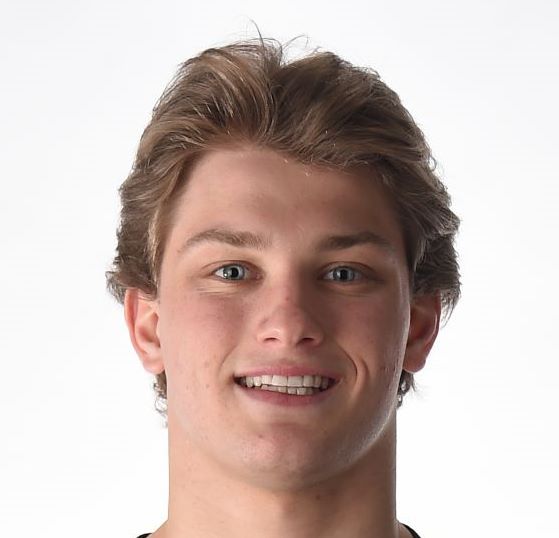 Young racing star Sage Karam has been waiting for his return to the Indianapolis Motor Speedway for nearly a year. His last run there was extremely short.

The 21-year-old from Nazareth, Pa., suffered the shortest race possible last year in the Indianapolis 500 when his car was forced into the outside wall in the first turn on the opening lap of the 99th "Greatest Spectacle in Racing." But the former high school wrestling star showed his potential later in the 2015 Verizon IndyCar Series with a third at Iowa and fifth at California.

Karam returns to the famed 2.5-mile oval this month for the 100th Indy 500 with plenty of familiar faces — the Dreyer & Reinbold — Kingdom Racing team. Two years ago, Sage took the DRR — Kingdom machine from 31st to ninth in his "rookie" Verizon IndyCar Series performance. He was awarded the "Hard Charger" of the Memorial Weekend race.

This time, Karam and his DRR — Kingdom Racing crew bring the wild livery with the No. 24 Gas Monkey Energy car to IMS and the youngster is extremely enthusiastic about his return to his "rookie year" squad.

"For me, this year’s Indy 500 is unusual because I haven’t driven a race car since last August at Pocono," said Karam last week at the DRR — Kingdom Racing shop in Carmel, Ind. "So I’m chomping at the bit to get back in the cockpit and get going. I wanted the time to go fast for May because I want to get in the race car. But then again, I want to cherish every lap of the month. And it can be difficult because you can get caught up in the moment.

"Even on day one, you can begin thinking ahead about qualifying and the race. So you have to stay calm and go by the team’s game plan for each day on the track. We will take it slowly and look at our day planner to prepare. Plus, it’s Indianapolis and rain can always take away a day or two of practice. You always want to win the Indy 500 anytime but it’s very special if you could win the 100th running of the world’s biggest auto race."

Karam’s team owner, Dennis Reinbold, is just as excited for the month of May as his young driver.

"We have been planning Sage’s return to our team since last December and our team has been preparing to field a strong entry on May 29," said Reinbold, whose grandfather, Floyd "Pop" Dreyer, was a mechanic in the 1927 Indy 500 with the Duesenberg team. "Sage and our crew established a great relationship back in 2014 and he feels very familiar with everyone as he returns for the 100th Indy 500. Sage has learned quite bit since his initial run with us as a rookie. We’re excited to have him in the Gas Monkey Energy car this month."

"It was great to work with Dario last year at Ganassi Racing," said Karam, who started racing at age four in karting. "Whenever you have a three-time Indy 500 champion helping you, you can’t help but learn a lot and improve. I still remember everything he taught me last year and will try to apply it with every lap this month at Indy. He was able to give me some veteran tips. I made rookie mistakes last year and some were minimized by his coaching. I’ll always be thankful to Dario for his help."

Despite not being in a race car since last August, Karam has been training hard with his father, Jody, a former trainer of Michael Andretti and a high school wrestling coach. Sage also will be racing in the IMSA sports car series later this season following the Indy 500.

"I moved back to Nazareth this year and returned working out with my dad (Jody)," Sage said. "I’m in the best shape of my life. I feel great to be back in an IndyCar for the month of May. Then continue racing later in the year. I’m just 21 but I feel like I can be competitive right now at Indy and run up front."

Karam knows at his age that he still has a lot to learn and hopes to get the chance to compete in more IndyCar events in the near future. But the Indy 500 is his current race and he is ready.

"I think every race is an audition and I try my best every time out," admits Sage. "In 2014, I came in as a rookie and went from 31st on the grid to finish ninth. It was a good showing as a rookie. I think everyone remembers you from your last race and, my last race at Pocono, I was leading late in the race and I got into the wall. I want to get rid of that thought and have people say that this kid belongs.

"Last year, I got a lot of heat for a lot of things and it was because I was so young and I was running up front. I think I caught some people off guard with my performances in the front of the field. I learned a lot and overall it was a productive year for me. Obviously, I’d love to do more races this year but I am racing in the one event that I really love — the Indy 500."

Karam attended his first Indy 500 in 2003 and fell in love with the entire event. That first Indy 500 gave Karam the initiative to pursue his passion and become a race car driver.

"I started at age four in karts after my dad worked with Michael (Andretti) as his trainer and I learned about racing through the Andrettis," said Karam. "I worked my way up through the karting ranks and moved into cars at 12. Living near the Andrettis in Nazareth, I saw their success and I wanted to follow their progress in the racing business. I remember that first Indy 500 (2003) and I knew I wanted to be in that race. Dennis and his team made it happen for me."

Karam switches back this year from a multi-car team at Ganassi to the single-car effort at DRR — Kingdom Racing, but Sage is confident his team’s operation can win the 100th Indy 500.

"This year we have just one car with the Gas Monkey Energy machine and the Dreyer & Reinbold — Kingdom Racing team and the total focus is with me," said Sage. "Every ounce of energy is geared towards me. Last year, I was in a four-car team and guys can get pulled in different directions at times but it was great experience at Ganassi Racing for me. With a one-car team, you get the entire attention on you and the race car. These guys worked really well with me as a rookie in 2014 with me not really knowing much of what I was doing. Now, it is my third Indy 500 and I have learned quite a bit. So I feel our team has the ability to have a very good Indy 500. I think I have what it takes to win races now after another year of experience."

Karam knows that the spotlight will still remain on him as he enters the Indy 500 as the youngest driver in the 33-car field. But he is no longer a rookie and understands the demands of the month of May.

"With the two weeks of preparation to the race, you can find time to relax here and there," said Sage. "Plus, you have media and sponsor requirements. But the race day morning, you are just anxious to get going and take the green flag. Last year, I only got to the first turn before I was knocked out. So when you have to wait a whole year before the next 500, you realize how special the race is at Indy. You understand how rare of an opportunity it is to race in the 500. It makes you that much hungrier to go out and perform well. You have to take in each lap and enjoy the experience. Racing at Indy is something I have wanted to do since I was five years old. Now, to win the Indy 500 would be ultimate thrill for me."

Karam is just happy to be back with some familiar settings this month — with the Dreyer & Reinbold — Kingdom Racing team and at the IMS 2.5-mile oval. That could produce another great run on May 29 too.