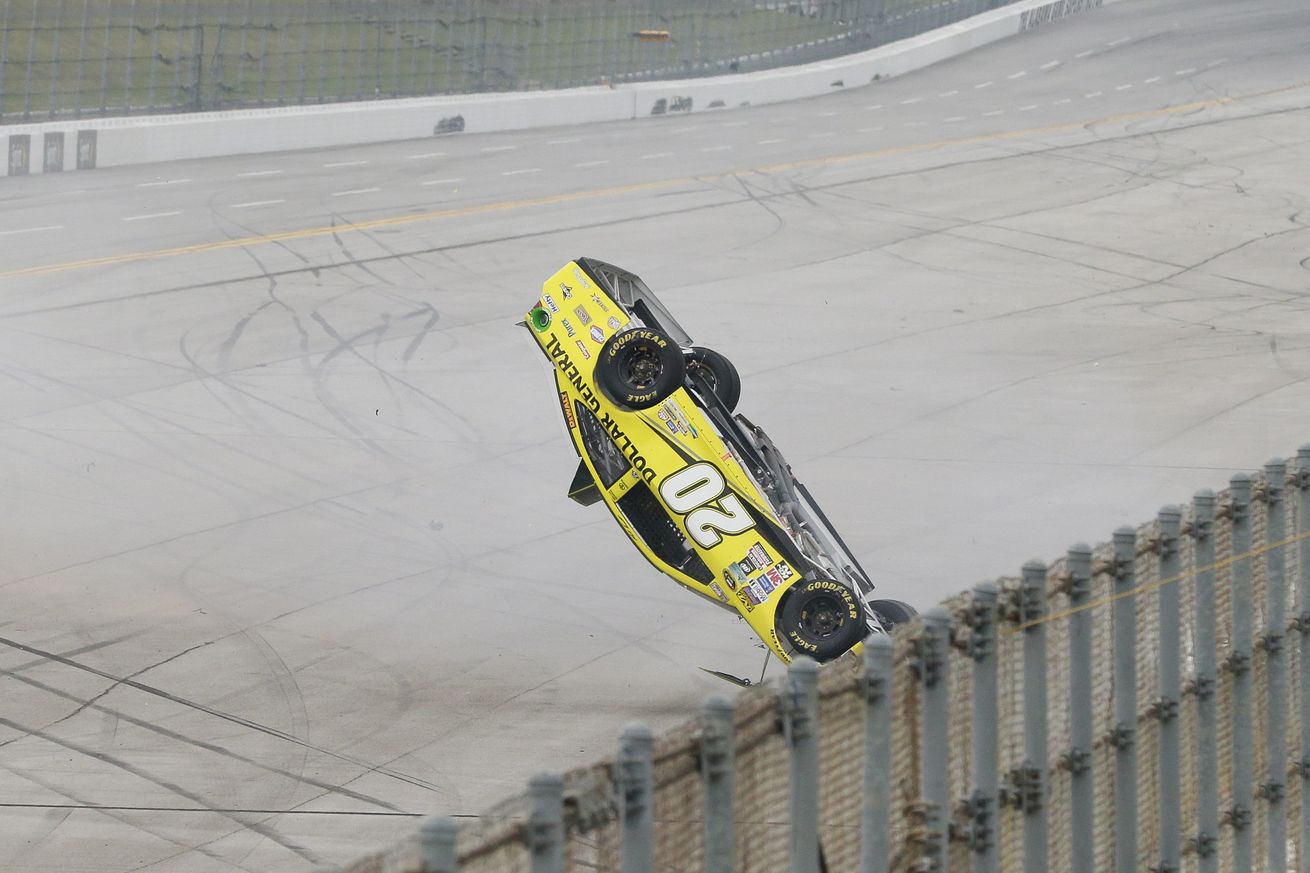 Was it really a surprise that most of the cars in the Sprint Cup race at Talladega Superspeedway suffered crash damage on Sunday?

For years television and radio broadcasters, NASCAR and the print media have promoted the two annual races at Talladega as waiting for the “big one."

What made Sunday’s race different from others in the past was the fact that there were at least four multi-car accidents.

Particularly concerning was the fact that the cars of Chris Buescher and Matt Kenseth got airborne, and Kevin Harvick’s car rode the safety barrier along the tri-oval during a last lap crash.

There is a fine line between sport and entertainment at Talladega.

For the fans watching and waiting for the “big one," I guess that would be considering entertaining.

For fans that like to watch side-by-side racing and drivers maneuvering for position, racing is a sport.

There will be the cry from some media members to slow the cars down more at the two restrictor plate tracks at Daytona and Talladega in the name of safety. That’s not likely to happen, but NASCAR needs to come up with a system to keep cars firmly planted on the ground and not go airborne. The roof flaps are not working.

When the Verizon IndyCar Series had a problem with cars getting airborne for the running of the Indianapolis 500 last year, the rules were immediately changed.

NASCAR has until the July race at Daytona to come up with a solution.

Part of the problem at Talladega is that several drivers obviously had their helmets on too tight.

It started on pit road when Danica Patrick cut in front of two other cars trying to reach her pit stall and caused a tangle.

Michael Waltrip probably made the bone-head move of the day. Waltrip got forced below the yellow line and instead of slowing and rejoining the back of the field decided to get back into the draft.

With cars roaring past at 200 miles per hour, Waltrip’s car shot back into the low groove at a considerably slower speed.

The result was Casey Mears wrecked, while Waltrip spun and lived to continue racing. Waltrip should have been penalized for endangering the other competitors.

The only mention by the FOX broadcast team, which includes Waltrip’s brother, Darrell, was the great save “Little Mikey" made.

A first step at restrictor plate races would be to enforce the rule not to lock bumpers while in the draft and particularly in the corners. That is the cause of most of the major wrecks. Ken de la Bastide/HeraldBulletin