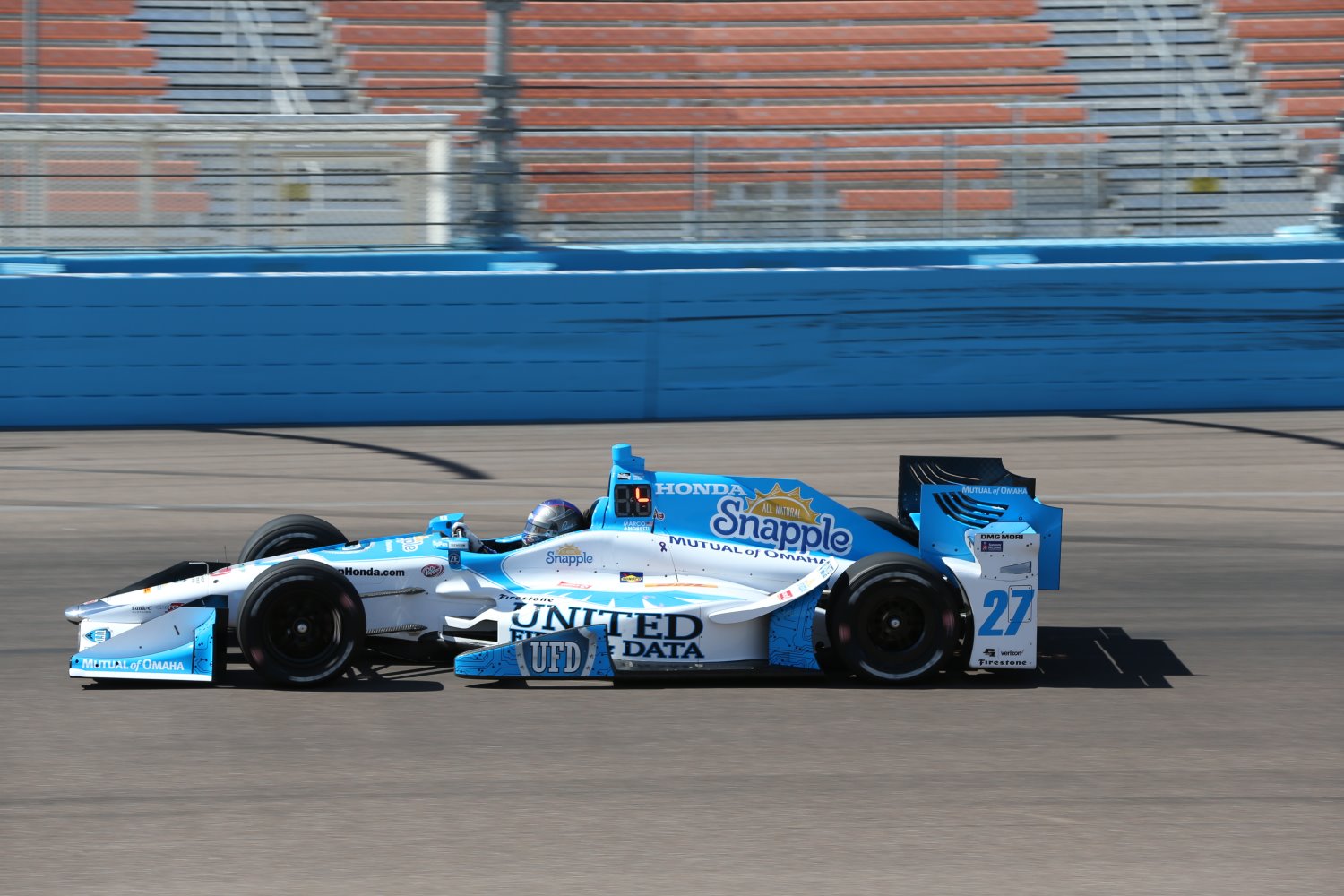 The IndyCar Series is four races into its season, and a Chevrolet driver has celebrated in Victory Lane each time. A Chevy driver started on the pole each time.

More telling, of the 530 total laps raced this season, Chevy has led a remarkable 506 of them, including every lap run at Phoenix and Long Beach. Yes, that’s right. Honda drivers have been shut out of the lead in half the races and have led only 24 laps this season.

Talk about a competition crisis.

“I think the gap is bigger than last year," said Graham Rahal, a Honda driver. “But my job as a driver — who cares? I’ve got to go out there and do my best."

Well, the officials at IndyCar should care. It’s not a healthy sport when it is so one-sided without much parity.

This isn’t a new thing, either. Chevy won 10 of the 15 races a season ago, and is on pace for a more dominant season.

Credit deserves to go to Chevy and the winning teams for putting it all together and making it work. But the competition gap is an issue even though every Chevy driver downplayed it in the middle of a testing session Tuesday at Texas Motor Speedway. The Firestone 600 is June 11 at TMX.

Almost two-thirds of the series’ drivers were at TMS, and all of the Chevy drivers spoke highly of the “competition" Honda has given them.

What competitor, after all, is going to want stiffer competition?

“I think it’s getting a little blown out of proportion just because of how many people talk about it," Chevy driver/owner Ed Carpenter said.

What’s funny is hearing it from Pagenaud. This is a driver who is on one of the hottest streaks of his career, winning two of the first four races and finishing second in the others.

In his win at the series’ latest race, The Honda Grand Prix of Alabama at Barber Motorsports Park in Birmingham, Pagenaud led 84 of the 90 laps.

Rahal, the Honda driver, finished second to Pagenaud in Alabama, and made it competitive in the closing laps. That, in Chevy drivers’ mind, answered any question about the ability Honda had to be competitive.

But the numbers don’t lie, and Rahal gave a telling answer in discussing the upcoming Indianapolis 500 on May 29. It’s a race every driver wants to win, particularly with it celebrating its 100th anniversary this year, although Rahal somewhat acknowledged Honda drivers could be at a disadvantage.

Rahal expressed hope that Honda would be competitive enough to challenge for a win, especially since it’s the 30th anniversary since his dad, Bobby, won the prestigious event.

If not, though, he’ll have his eyes on fifth? Sadly, that’s the life for Honda drivers in IndyCar nowadays. Drew Davison/Star-Telegram