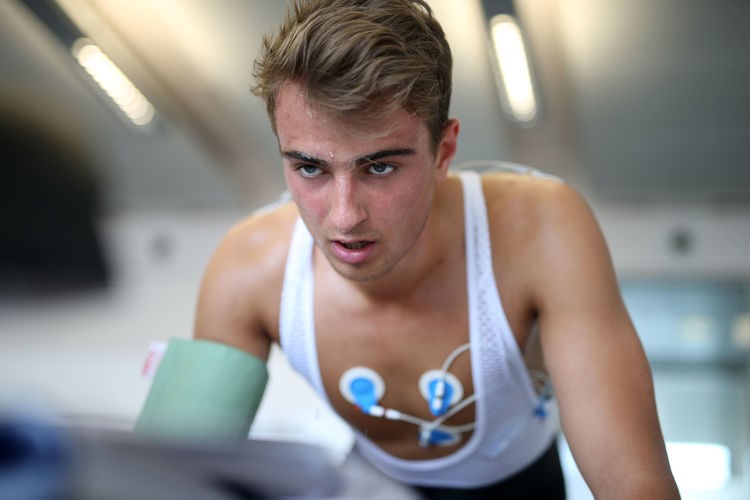 On May 7 and 8, the DTM will start its new season at Hockenheim. Audi Sport has once more optimized the current Audi RS 5 DTM in many details for its last racing season. The Audi drivers are fit for the fierce competition with BMW and Mercedes-Benz, too – as their most recent fitness checkups at Technical University Munich revealed.

Audi relies on "Vorsprung durch Technik" not only with its race cars. The brand with the four rings is one of the first automobile manufacturers to have recognized early how important fitness and health of the drivers is in achieving success. Even as far back as in the days of the legendary original quattro in the World Rally Championship a team physician would accompany all the factory-backed commitments of the brand from Ingolstadt. The joint winter camp involving all the drivers that Audi Sport organizes every year before the start of the season dates back to the nineteen-nineties.

Since then, Audi Sport has shifted into higher gear once more. All factory drivers undergo a comprehensive fitness and medical checkup at Technical University Munich (TUM) before the Hockenheim season opener. The "Klinikum rechts der Isar" university hospital is Germany's largest center for preventive and sports medicine attending to more than 500 athletes from national teams per year – including the skiers from Audi's partner DSV (German Ski Association). Contact between Audi Sport and TUM was established through the ski association.

Although the program completed by the eight Audi DTM drivers is tough, they tackle it with great vigor every year. "The facilities and attendance at the hospital are first-class. Everything is available there in a single place," says Jamie Green, the Audi driver with the best points score in the DTM last year. "It's great that Audi Sport offers us this opportunity. They found a few things there in my case too that no other doctor had detected before. As a result, I was able to work on them together with my physiotherapist."

The checkup that takes about four hours and is sweat-inducing at times starts with the taking of blood samples, followed by isometric strength measurements. During these measurements, the driver's physique, head alignment, strength and agility, as well as the functions of the joints are checked. A comparison with the results from previous checkups provides a picture of the race driver's development – making it possible to individually adjust his training program.

"Typical for a race driver are differences in the strength of the leg muscles because the leg used for braking is subjected to higher load than the one used for accelerating," says Senior Physician Dr. Johannes Scherr. "Proper balance is important here, as it is for anyone. Otherwise problems all the way up to the neck could occur."

The isometric strength measurements encompass up to 30 different tests which show the drivers whether or not their training programs are successful. Jamie Green, for instance, was pleased to see in the checkup that the flexibility in the area of his shoulders has nearly doubled within the space of one year.

Eye tests and checks of lung volume and reaction times are part of the program conducted by Dr. Scherr's team as well. At the very end of the tests, the drivers mount exercise bikes for ECGs, with the loads increasing at regular intervals up to the level of exhaustion. Youngster Nico Muller achieved a personal best result this time. "The performance levels are high across the board and in the range of endurance athletes such as triathletes," says Dr. Scherr. "Obviously, there are differences. Plus, practice plays a major part. A driver with greater experience is more relaxed while sitting in the cockpit and, as a result, consumes less energy. But anyone who's not basically fit won't be successful in the DTM either."