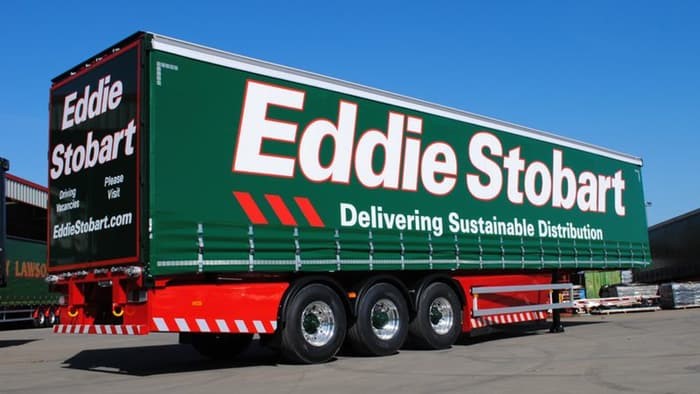 Readers of AR1.com know that we have talked about batteries of the future being made with Graphene instead of Lithium Ion because 1) They recharge very fast – within minutes, 2) they store more energy, 3) When you dispose of them they contain no hazardous waste, just thin sheets of carbon. The only thing needed was for companies to learn how to manufacture graphene batteries (called ultra-capacitors) cost effectively. Well that day is getting closer……

At the Commercial Vehicle Show in Birmingham, UK, French transportation technology developer Adgero will unveil a curtainsider semi-trailer fitted with a regenerative braking system that utilizes ultracapacitors to provide a boost of acceleration. The kinetic energy recovery system (KERS) is designed to provide a 25 percent cut in fuel usage and carbon emissions.

Adgero describes its UltraBoost ST system as the world's first operational energy-saving, hybrid electric system for road transport. It works in a way similar to the kinetic recovery systems used in automotive racing, including GT and Formula One, with an axle-mounted unit underneath the cargo trailer converting slowing and braking energy into electricity that is stored in a bank of graphene-based ultracapacitors. When required, this energy is used to power the electrically-driven axle for a boost of acceleration, helping take some load off the engine of the truck pulling it.

An intelligent management system controls how the energy is recovered, stored, and re-used, with the system making use of a lightweight YASA motor to capture the kinetic energy usually lost as heat when braking. The system has been installed by SDC Trailers on a 13.6-meter (44.6-ft) curtainsider trailer that carries the livery of UK-based transportation company Eddie Stobart, which will be conducting road testing of the Adgero system.

Adgero used ultracapacitors due to the short amount of time in which the power is generated, requiring faster storage options. Unlike the regenerative system in a hybrid car, which is generally inefficient in terms of the amount of potential energy versus the actual capability of the system, a KERS with ultracapacitors can store much more of the braking energy as power and return it much faster than most battery storage options.

In racing, KERS using flywheels have also shown promise, but those add a complex semi-mechanical system whereas ultracapacitors do not. Adgero has signed a deal with Skeleton Technologies for the ultracapacitors, which are SkelMod 50F 160V units. The test trailer houses five of those ultracapacitors.

The trailer kitted out with the UltraBoost St system will be on display at the Commercial Vehicle Show from April 26 to 28.