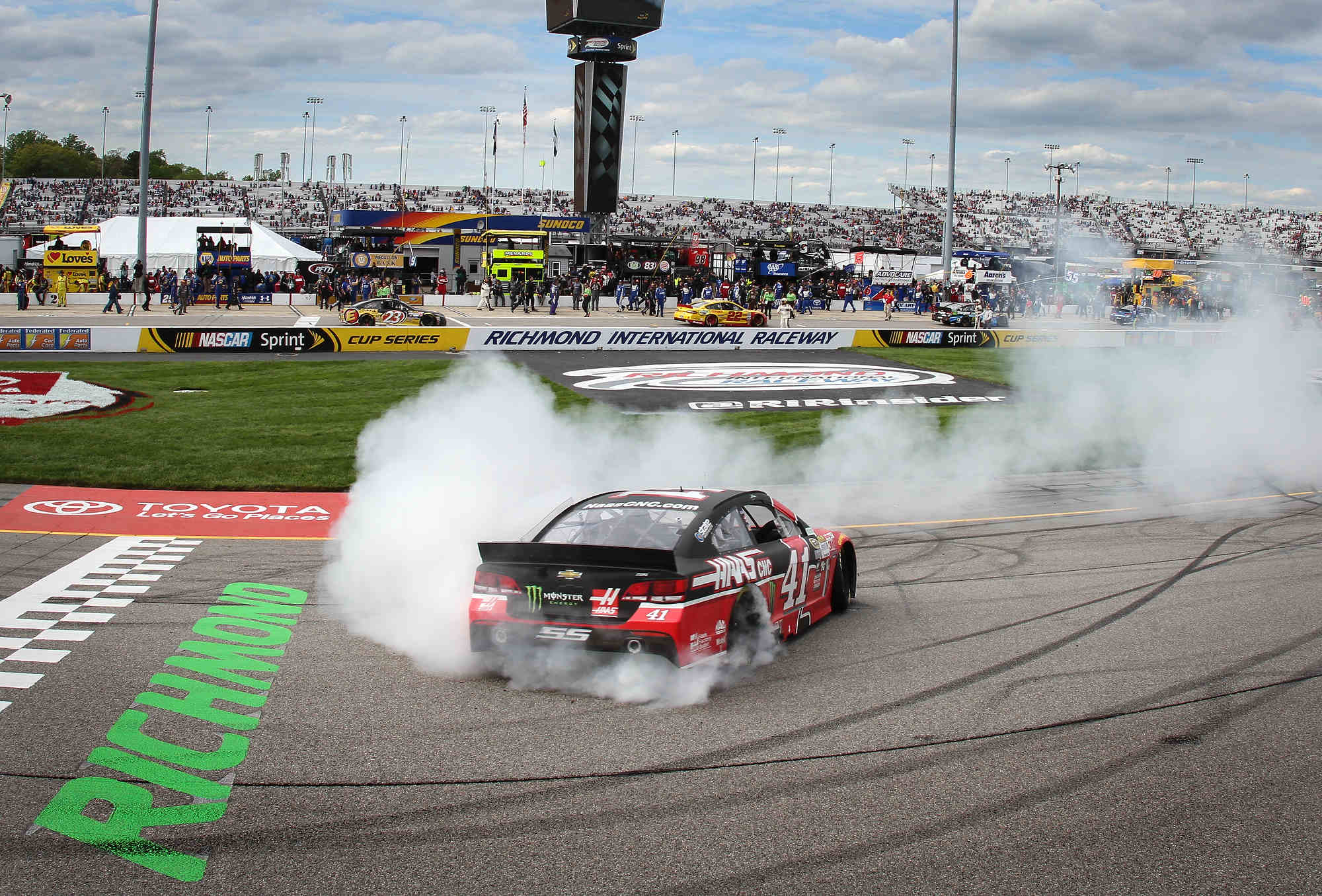 Regarding my earlier report about the numerous variables teams are dealing with here in Richmond, one thing I forgot to mention was the new low down force package.These changes include reductions in the rear wing and front splitter, and has been generally well-received by the drivers.

Also, Kurt Busch, driver of the No. 41 Monster Energy/Haas Automation Chevrolet, and last year's winner of the Toyota Owners 400 noted an additional element I was unaware of.

"One thing I've noticed this year is a lot of track we are the first cars on track now. The Sprint Cup Series is out there grooming up the track, getting rid of the loose gravel or the different material that has been drawn up from the Air Titan. They are using that Air Titan way more now this year to blow the track clean to start, but that only creates a greener race track….So, the ties, the cars, set-ups are going through much more extremes in the practice sessions now."

So, add the Air Titan pulling up debris and gravel to the list of variables the drivers must deal with.

Matt DiBenedetto driver of the No. 83 Wade Construction Toyota Camry is coming off a career best finish of sixth in the Food City 500 at Bristol Motor Speedway. The Grass Valley, CA native noted he got "a little less sleep than normal," and that "I was on my phone pretty much every hour of the day with back-to-back radio interviews, so it was cool."

Anyway, regarding this weekend's race and the limited time on a green track, DiBenedetto said the move from a night to afternoon race will be a change. "From my experience of racing in the day due to rain last year it gets quite a bit more slick. It's actually a big change because this track does get pretty worn out. Tires fall off a lot more during the day."

Luckily, the Sprint Cup Series drivers do have the Xfinity Series rubbering up the track running the same Goodyear compound.

04/23/16 Good morning from a cool, overcast Richmond International Raceway. It's about 8:15 a.m. local time and the Air Titans are currently making their way around the 3/4-mile oval just outside Richmond, VA. Final NASCAR Xfinity Series practice for the today's 29th Annual ToyotaCare 250 is scheduled to begin at 9 a.m.

Because yesterday's qualifying session was rained out, drivers will line up according to owner points. Matt Tifft will start from pole in Heat 1 in the No. 18 NOS Energy Drink Toyota with Austin Dillon driver of the #2 Ruud Chevrolet the pole sitter in Heat 2. The top-two NASCAR Xfinity Series points earning drivers in the two heats will be the four Dash 4 Cash drivers, with the highest finishing driver of those 4 in the main event earning $100,000.

As for the Sprint Cup Series, they have a mere one 80-minute practice session scheduled to begin at 10:30. However, keep in mind that yesterday's practice session was shortened, then qualifying cancelled due to weather. Also, the teams are running a Goodyear compound they have never run (Both Sprint Cup and Xfinity are running the same coded tire). Furthermore, other than 2007 and 2015 when rain forced a scheduled Saturday evening race to move to Sunday, this race has historically been a Saturday night affair.

There is a chance of rain today but the AR1 Henrico County, VA Weather Bureau tells us it won't hit until 12:30 and likely be brief. In other words, any inclement weather is likely to affect the Xfinity Series, not Sprint Cup practice.

Suffice to say, there are a lot of variables the teams will be wrestling with, and not much track time to address them.