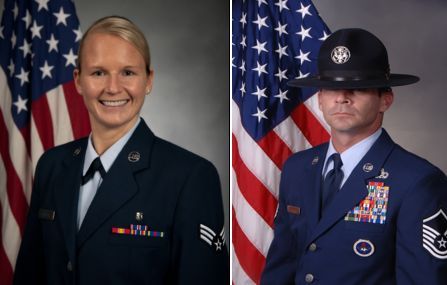 Talladega Superspeedway announced today the Grand Marshal and Honorary Starter for the NASCAR Sprint Cup Series GEICO 500 on Sunday, May 1.

Master Sergeant Larry D. Nix, Maxwell Air Force Base, AL, will serve as the Grand Marshal and give the most famous words in motorsports, “Drivers, Start Your Engines," bookending pre-race ceremonies at the 2.66-mile superspeedway. Bringing 40 NASCAR Sprint Cup Series drivers to the green flag as Honorary Starter will be Aerospace Medical Services Technician Senior Airman Maxime V. Copley, also from the Maxwell Air Force Base.

The winner of the GEICO 500 is all but guaranteed a spot in The Chase for the NASCAR Sprint Cup this fall, raising the stakes for what is already one of the season’s most exciting events. Dale Earnhardt, Jr., with six wins at the famed speedway under his belt, will look to defend his thrilling win in last year’s GEICO 500.

The anticipated weekend kicks off on Friday, April 29, with practice sessions for the Sparks Energy 300 for the NASCAR XFINITY Series and GEICO 500, as well as practice, qualifying and the drop of the green flag for the General Tire 200 ARCA Racing Series Presented by Menards at 5 p.m. CDT. Saturday’s schedule includes qualifying for the GEICO 500 as well as time trials and the start of the Sparks Energy 300 at 2 p.m. CDT. Later that evening, Big & Rich featuring Cowboy Troy, will headline the traditional Infield Concert. Admission is free with a GEICO 500 ticket. The GEICO 500 race Sunday is set for a 12:00 p.m. (CDT) start.