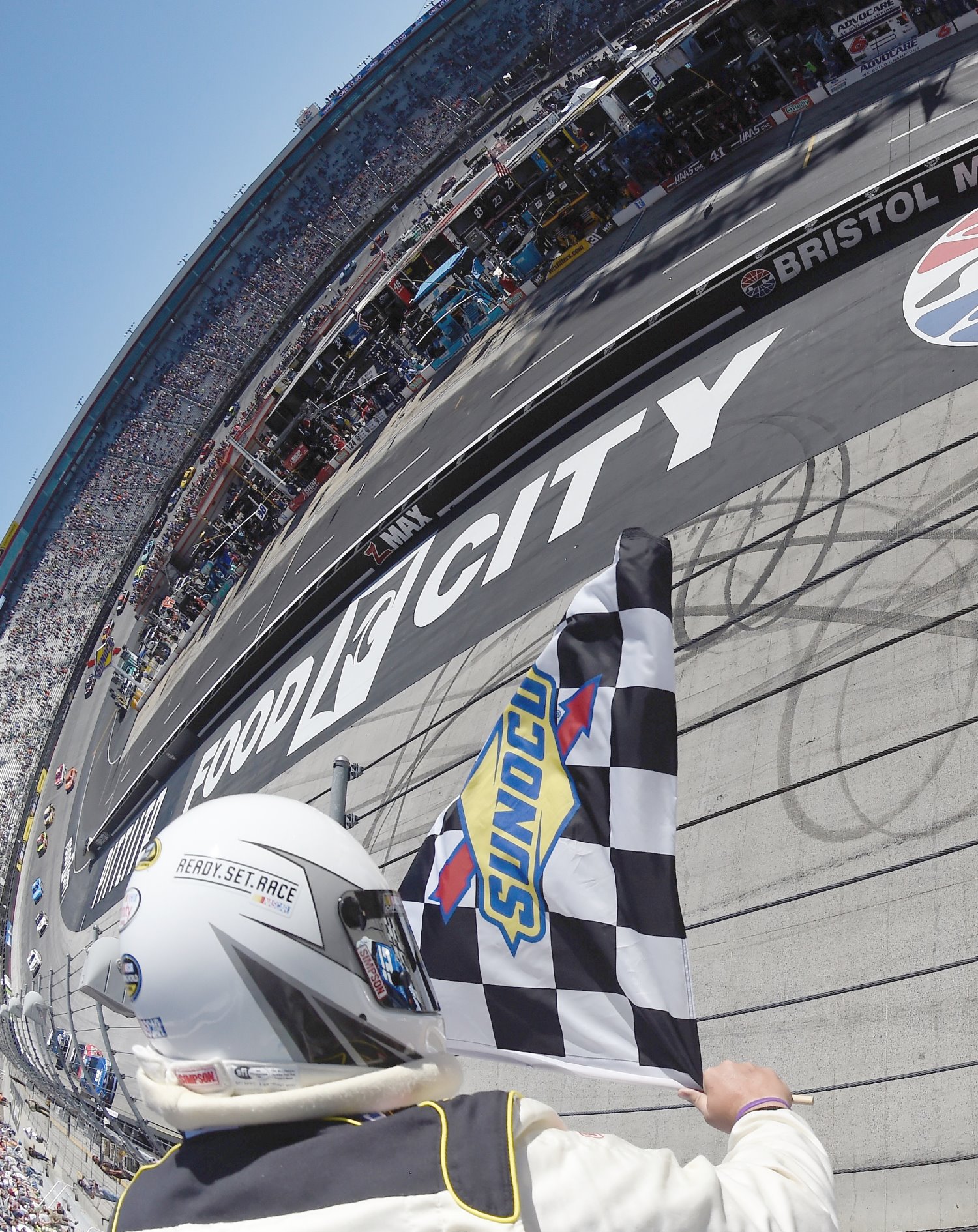 You had picture-perfect weather, a lot of competitive racing and even plenty of the wrecks that we've heard the fans love so much.

Everything was there for a great Food City 500 race weekend at Bristol Motor Speedway except the crowds.

NASCAR quit putting out official attendance figures a few years ago and track officials quit commenting on them around the same time, but from the eyeball test, the Bristol Motor Speedway looked around a third full for Sunday's Sprint Cup Series race won by Carl Edwards.

The crowd was even more sparse for Saturday's Xfinity Series race and the Friday qualifying crowd was virtually non-existent.

This was supposed to be the year the spring race bounced back, the second year the race had moved from March to April.

There was the much-hyped debut of Colossus TV and ticket packages have been tied into the Pilot/Flying J Battle at Bristol football game between Tennessee and Virginia Tech.

There was even Peyton Manning, the most beloved sports figure in the state of Tennessee, showing up in a special Nationwide Insurance promotion with Dale Earnhardt Jr.

The Sunday crowds were clearly better than the last two years for the spring race when March and then April showers not only brought May flowers but washed away race fans.

But, this weekend had perfect weather and a great Xfinity Series race leading into the Food City 500.

While Edwards' No. 19 Toyota was dominant on Sunday, the racing overall was intense. And you had three popular drivers finish in three of the four spots behind him.

Dale Earnhardt Jr., the 13-time NASCAR Most Popular Driver, finished second, followed by rookie Chase Elliott in third. Knoxville driver Trevor Bayne, who has been a fan favorite since his upset win in the 2011 Daytona 500, was the best-finishing Ford driver in fifth.

But with all that going for it, the spring race at Bristol still failed to capture the magic of the August Night Race.

It's almost assuredly the Night Race will match the near sell-outs of the past two years and there's a good chance it will sell-out as we are hearing the football game will three weeks later.

There's no denying there is a lot more prestige associated with the Night Race. While the Food City 500 is a great race, it's never mentioned among the top-five races on the Sprint Cup tour.

That leads to rumors that NASCAR might take away the spring race and move it somewhere else.

The question is where since many tracks have removed seats away with the series' attendance as a whole way off from a decade ago.

But, one choice could be Las Vegas where there are plenty of hotel rooms and plenty of entertainment options outside of the speedway.

For the spring race in Bristol, fans aren't willing to pay for way overpriced hotel rooms and parking.

That is just for parking. At that price, they should wash and vacuum your car and drive it up to the speedway to pick you up.

Once you add in the $300 or more for hotel rooms that normally cost less than $100 a night, you're driving the fans further away.

While the Tri-Cities as a whole has done a good job embracing the races, the area has also gained the reputation for being among the worst places to rip-off fans.

Something else that has to change is NASCAR's television broadcasts of the races.

Many fans don't have FoxSports 1 or NBC Sports Network as part of their cable or satellite package. So what if there was a great finish at Martinsville if over half your fans don't get to see it?

In my opinion, NASCAR's greed is absolutely killing the sport. ESPN offered so much beyond just its race coverage with it truly being the first place where many fans go for sports. FOX and NBC would be fine, if it was FOX and NBC broadcasting the majority of the races.

To the speedway staff's credit, they keep on trying everything within their power to make the spring race a must-see event. But to get it anywhere near what it once was, they need some help. Johnson City Press