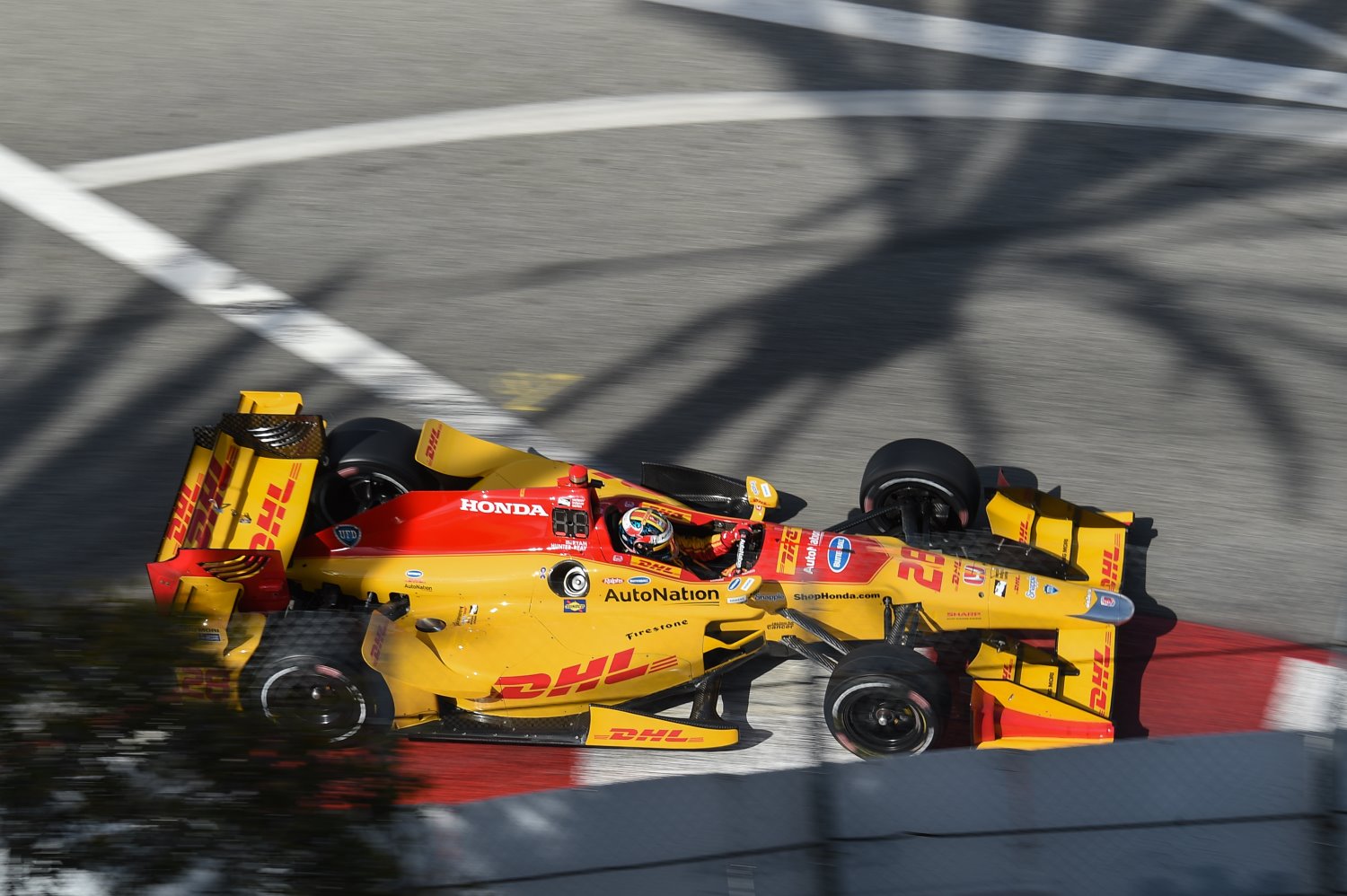 Another beautiful day here in Long Beach. The IndyCar teams are getting ready to qualify today for the 42nd running of the Toyota GP of Long Beach and final practice is underway. Hunter-Reay just hit the tire barrier at the end of the backstraight and damaged his left rear.

There were 4 Hondas in the top 10 in the 2nd practice session yesterday. So anything is possible in qualifying today. I would look for one of the Team Penske drivers to make a run for the pole today.

The IndyCar sessions were only red flagged twice, once for Alexander Rossi, who went into the tires at turn 8 and once for Charlie Kimball, who went into the run off and had flames coming out of his front brakes. It actually was not good for him to stop because the brakes are designed to keep cool with the car running.

The Number 99 McLaren piloted by Jon Fogarty with Gainsco sponsorship in the Pirelli World Challenge Series did not fare so well yesterday. Fogarty, a California native who has won 2 championships for the Atlantic Series in 2002 and 2004, had climbed to third position on the time charts before changing to sticker tires. He went out for one last run and clipped the apex of turn 8 and hit the wall hard. He is uninjured but the car has been withdrawn from competition for the weekend.

And sadly, the final Toyota Pro/Celebrity race will be run today. Jimmy Vasser, co owner of KV Racing, won the pole. But he won't be starting in the front. It was announced the grid will be reversed for the race. So he will be starting from the back. Since the race is made up of previous winners, we doubt Vasser can win from back there because the race is only 10 laps in length Vasser's good but not that good.

We will keep you posted as things happen today. Lucille Dust and Mark Cipolloni reporting live from Long Beach