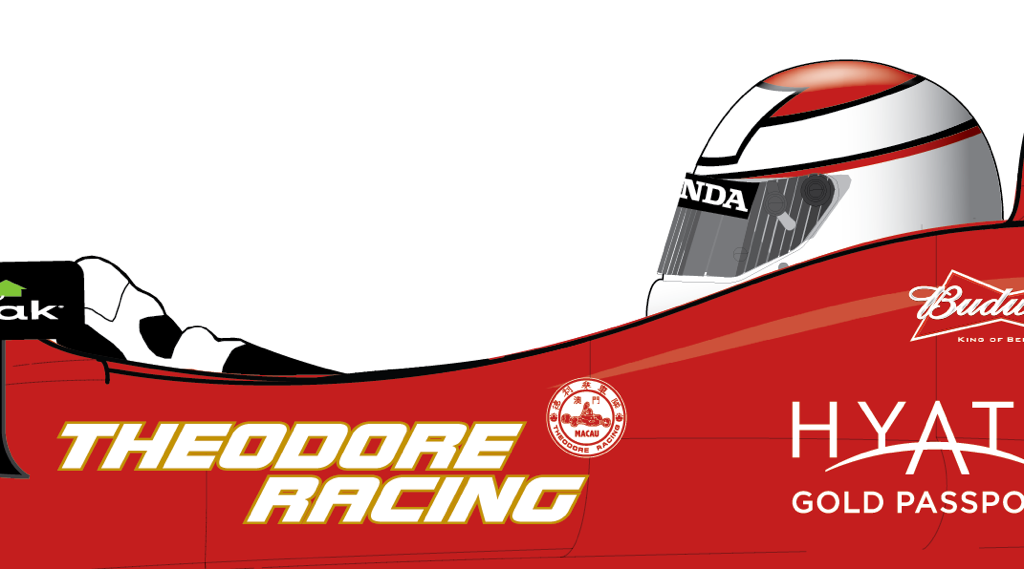 Teddy Yip's Theodore Racing will make its return to the IndyCar Series, America's premier motor racing category, at Long Beach. Following a 31-year absence, the team will partner Rahal Letterman Lanigan Racing to support full-time driver Graham Rahal who will be joined at the Grand Prix of Indianapolis and Indy 500 by teammate, Spencer Pigot.

The Toyota Grand Prix of Long Beach, held on 17th April, is a race Teddy Yip Snr was instrumental in creating and one where he felt most at home. Teddy Snr held one of his most flamboyant events at Long Beach harbor, launching his 1981 Formula One and Indy car challengers aboard the Queen Mary ahead of the Grand Prix.

Theodore Racing's three-race campaign continues for the Grand Prix of Indianapolis on 14th May before peaking at the Indy 500 on 29th May where Graham Rahal's #15 Honda will be entered under ‘Rahal Letterman Lanigan with Theodore Racing'. Graham, who finished as top Honda driver in the 2015 Verizon IndyCar Series and is considered a contender for the 2016 Indy 500 victory, will display the Theodore Racing logo on both his car and race overalls in homage to the team's entries of the 1970s and 1980s.

Teddy Snr entered or sponsored Indy car teams and drivers between 1977 and 1984, achieving an Indy 500 victory with Tom Sneva in 1983. The decision for Theodore Racing's return to America was taken by Yip's son Teddy Jnr, who has ambitions for his late father's team to become a permanent fixture in the IndyCar Series paddock. Teddy Jnr revived the Theodore Racing name in 2013 when the team made a victorious return to the Macau F3 Grand Prix, an event the marque has now won a record eight times.

Teddy Jnr, a championship winner in the A1GP World Cup who has enjoyed success in the Formula One feeder series' GP2 and GP3 and the Le Mans 24 Hours, commented "Indy car and American racing was extremely important to my father and in many ways it was his second home. This year's Indy 500 marks an important anniversary, and it's fitting that the Theodore name is an active part of the celebrations.

"Partnering with Rahal Letterman Lanigan Racing makes perfect sense. Bobby knew my father and much like myself, Graham is part of a new generation hoping to continue a legacy and make his own mark in the history books. The IndyCar Series is certainly on the up and many European teams and drivers are now looking across the pond to the series. We've achieved some success in Asia and Europe so I'm very excited to be America's latest import and work with such a professional team and talented driver."

RLL team founder Bobby Rahal, who celebrates the 30th anniversary of his 1986 Indy 500 victory this year, said "What an honor it is to have Theodore Racing back in Indy car racing and with us at Rahal Letterman Lanigan Racing. We are so appreciative to Teddy Yip Jnr and his staff for entrusting the historic legacy of the Theodore name with our team. I knew his father and while I never actually drove for him, many of the greatest drivers that went on to Formula One, Formula 5000 and other categories, did drive for Teddy Yip Snr and Theodore Racing. We are really thrilled to have Teddy Jnr bring Theodore Racing back to North America, and especially for them to have selected our team to do it with."