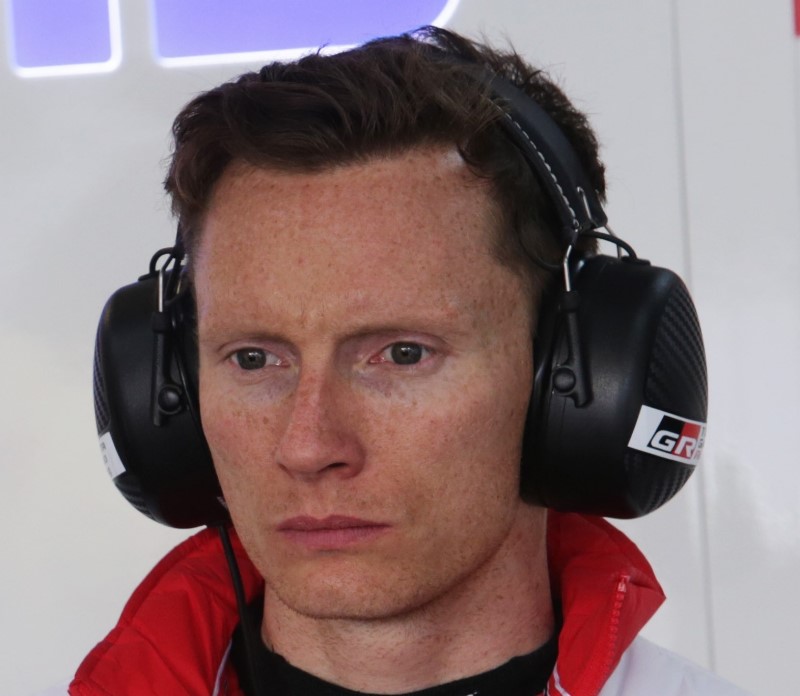 Mike Conway will be on home turf this weekend as he returns for his second full season with Toyota Gazoo Racing for the eagerly-anticipated opening round of the 2016 FIA World Endurance Championship – the 6 Hours of Silverstone.

Following a difficult 2015 season, hopes are high for the Toyota team's new TS050 Hybrid to take them back to the front of the field again. Mike Conway flies the British flag next to Stephane Sarrazin and Kamui Kobayashi in the #6 car.

Positive about the weekend ahead, Conway commented: "Obviously Silverstone is the home track for me and I like it a lot. I have raced pretty much everything there so I know it very well and I'm looking forward to going there. It's a very fast, flowing track and the new lay-out is really cool. You need a strong high-downforce package and at the same time there is not so much braking so it's a challenge to recover all the hybrid energy. It will be interesting to find the right balance and of course interesting to see where we stand against our competitors. I want to have a good battle with the sister car and all the cars out there; we definitely want to fight for the win."

Toshio Sato, Team President, added: "I am happy that the WEC season will finally start. We experienced a difficult 2015 and since the final race of last year I have been eagerly anticipating the race debut of our TS050 Hybrid. It is a very new car, so there is more to come in terms of performance and reliability. But I think we will be back fighting at the front. A close fight would be great for the WEC and the fans; this series is based on innovation and action-packed racing. We have certainly innovated with our TS050 Hybrid thanks to the effort from everyone in the team, in Cologne and Higashi-Fuji. I am looking forward to a great race this weekend at Silverstone."

With its mix of high-speed corners, Silverstone represents a unique challenge for drivers and engineers while the British weather is traditionally unpredictable, as witnessed in 2014 when a heavy downpour ended the race early.

Toyota, starting its fifth season in WEC, will compete with its new TS050 Hybrid race car for the first time, taking on LMP1-Hybrid rivals Porsche and Audi as a nine-round battle for World Championship honors begins. The car features a new 2.4litre direct-injection turbo engine combined with 8MJ hybrid system to meet the challenge of WEC regulations, which limit fuel flow and total fuel energy. The team will use the high-downforce specification to meet the particular demands of Silverstone's high-speed, sweeping corners.