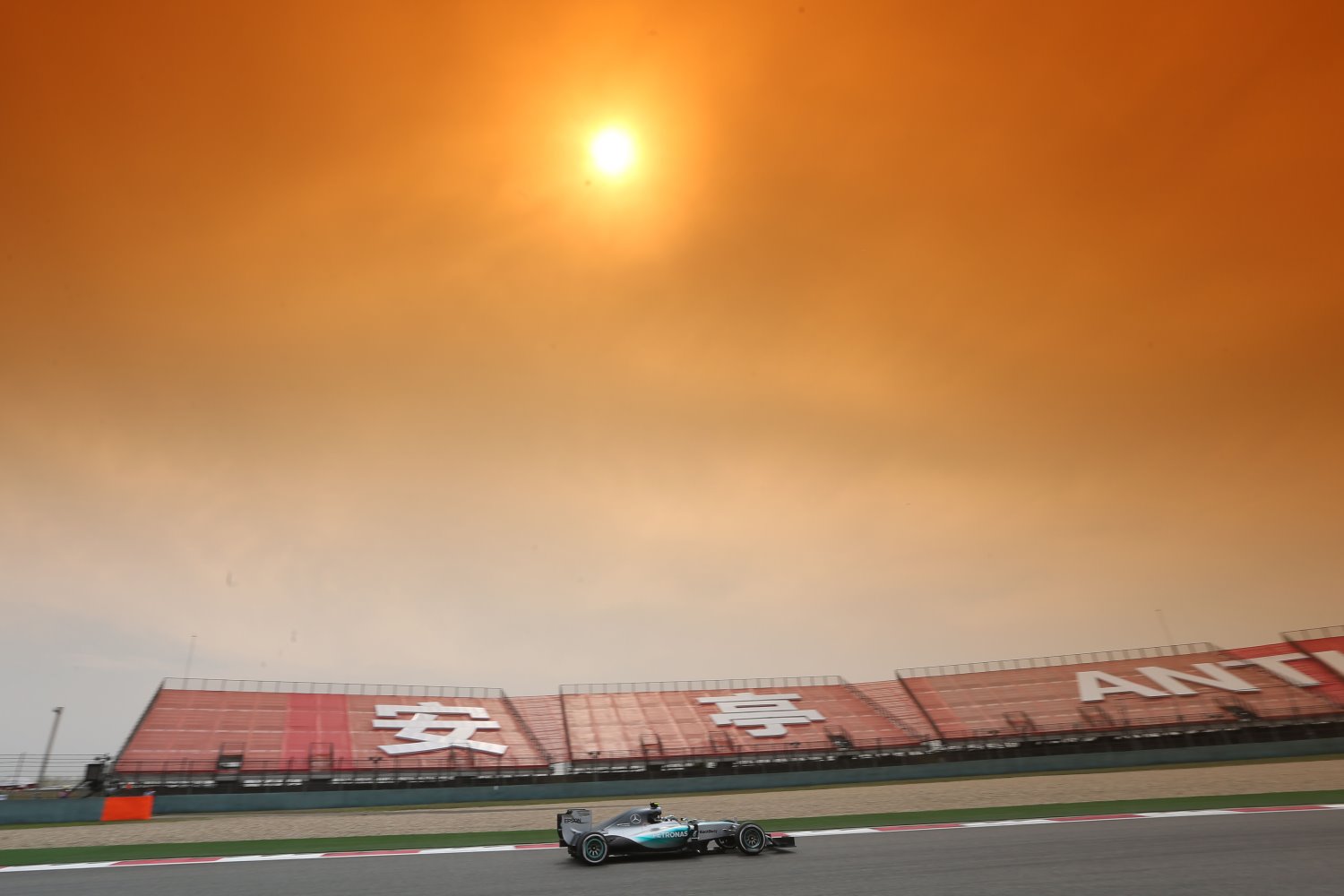 Following the debacle that was the new qualifying format used in Melbourne and Bahrain, the return of the old (2015) format this weekend in China looks set to be further spiced up by the weather gods.

According to UBIMET, the meteorological service provider to the FIA, the latest weather outlook for the Shanghai weekend sees changeable conditions.

On Friday there will be a mix of clouds and hazy sunshine with mostly dry conditions, with temperatures reaching a maximum of 21 degrees Celsius with easterly winds moving in from the coast.

Saturday will see a wet start to the day with periods of rain, then clouds will break for a period, allowing for some glimpses of sky.

However scattered showers and thunderstorms will return in the afternoon ahead of an incoming cold front, and it is possible that this will produce some slick conditions during qualifying.

There will be moderate to strong south-easterly winds to start, shifting north-westerly later with the arrival of the front. Temperatures will reach a high of 24 degrees Celsius before the cooler air mass moves over the city.

The front will move away and leave behind more settled conditions on race day. There will be dry and mostly sunny weather, with increasing mid and high level clouds in the afternoon and slightly cooler temperatures of up to 20 degrees Celsius. Pitpass