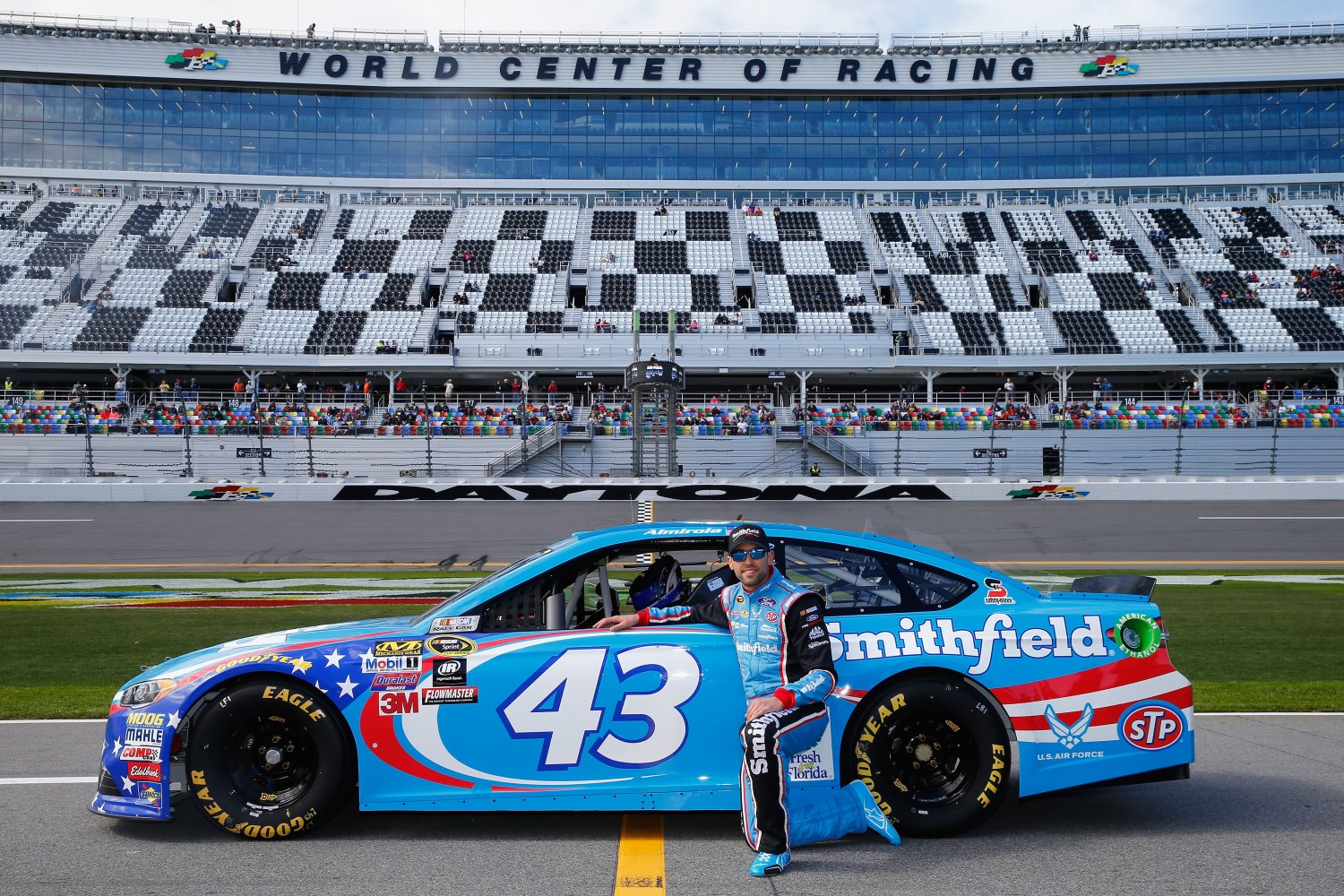 On Thursday, April 21st, Smithfield Foods, sponsor of the No. 43 Richard Petty Motorsports (RPM) race team, is bringing the excitement of racing to Smithfield, VA leading up to race weekend at their "home track," Richmond International Raceway.

FS1's NASCAR Race Hub program, the most-watched NASCAR news and entertainment show on television, will broadcast LIVE from the Smithfield Foods' headquarters from 5:00pm – 6:00pm – a first for the popular FOX NASCAR program. "The King" Richard Petty and No. 43 driver Aric Almirola will be onsite to discuss the upcoming race and meet with fans, take photos, and sign autographs.

The event will include an amateur bacon eating contest, judged by Petty and Almirola, and feature two of Petty's most iconic cars on display:

* 1967 Plymouth Belvedere replica, his winningest race car in which he won 27 races in a season including 10 in a row, and the car featured in the upcoming documentary film Building 43

* Plymouth Superbird, his most recognizable race car, which was featured in the 2006 film Cars

The RPM No. 43 Smithfield Ford Fusion, Roush Yates Racing Engines, Ford, and the Richmond International Raceway pace car will also be onsite. Several Smithfield Foods brands will have displays with games and prizes, including the flagship Smithfield brand, Nathan's, and Eckrich.

"We're in the fifth year of our partnership with the Smithfield family, and I can tell you that they get as excited about race weekends as we do!" said Almirola. "It's cool that they are bringing in these fantastic displays and a great show like NASCAR Race Hub to broadcast in their hometown, really allowing fellow employees and local residents to share in the excitement."

"Over the past five years, we have sought to be seen as part of the fabric of the sport" said Bob Weber, Smithfield Vice President of Sponsorships. "Being authentic and sharing our unique access to the sport, Aric, and The King has been the hallmark of our partnership. Having FS1 and NASCAR Race Hub at our campus is another extension of our 'share the access' approach to the sport. We look forward to meeting and welcoming everyone to our 'Racing Party' this Thursday!"

During the broadcast, Smithfield will announce a 25,000-pound protein donation to FeedMore's Central Virginia Food Bank that serves the greater Richmond community as part of the company's Helping Hungry Homes nationwide hunger-relief tour. This donation, made in partnership with Richmond-area Kroger stores, RPM, and Richmond International Raceway, will provide more than 100,000 servings of protein to families suffering from food insecurity. The donation will be delivered to FeedMore on the morning of Friday, April 22nd.

"Smithfield came to the table embracing originality," said Neil Mulcahy, FOX Sports EVP Ad Sales. "I think this is a time of true evolution in sports advertising … while the 30-second spot is still the cornerstone of most campaigns, companies are now looking at creative opportunities to develop content that connects their brand even deeper within the fabric of the sports in which they are investing."

"One thing that makes Smithfield special as a company is that they are a place, too. When you come here to the town, you can really feel how the company is deeply rooted to its heritage and history here," said Petty. "That includes lending a hand to your neighbor. We know that many race fans are going to get their favorite Smithfield products at Kroger before setting up their tailgates at the Richmond track on race weekend, and it is especially meaningful to have partners who care about giving back to the communities that support them, and our race team, throughout the year. This significant donation to the FeedMore food bank in Richmond will go a long way to help families in need."

"As a global food company, it's our responsibility to do our part to help alleviate hunger," added Weber. "We've made more than 250 donations across the country since founding our Helping Hungry Homes program in 2008, several of which we made in partnership with Kroger, RPM, and Richmond International Raceway. We're thrilled to continue this legacy of giving with such incredible partners."