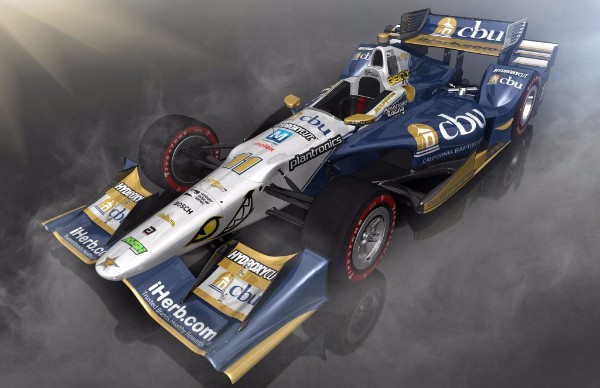 California Baptist University will be the primary sponsor of the KVSH No. 11 entry driven by Sebastien Bourdais for the Long Beach Grand Prix, April 15-17, on the streets of Long Beach, CA. They will be an associate partner of the team for the remainder of the 2016 season. However, that is only half the story…

CBU College of Engineering students will have the unique, once-in-a-lifetime opportunity to collaborate with the KVSH Engineering team throughout the 2016 season including the 100th Running of the Indianapolis 500.

“The time has come for us to focus intently on the next wave of engineering talent for the IndyCar Series," said KVSH co-owner James “Sulli" Sullivan. “This program gives California Baptist University an opportunity to give its engineering students a hands-on education into the world of high-performance vehicles and what makes them tick. These CBU students are some of the brightest we have seen and we’re all looking forward to having them as part of the KVSH Racing Team."

The KVSH Racing/CBU College of Engineering program will enable 20 CBU Engineering students access to the KVSH Racing engineering staff, the driver and mechanics, so they can observe and learn the intricacies of engineering high-performance Indy cars during the Long Beach Grand Prix. During the month of May, selected students will be embedded with the team for the 100th Running of the Indianapolis 500 set for May 29th gaining out of the classroom experience and assist the team’s engineering staff with problem solving.

"This partnership will provide our students with access to top engineers in a sport that pushes the edge of performance, and I’m excited to see what engineering feats our students can accomplish under their guidance," said Dr. Anthony Donaldson, dean of the Gordon and Jill Bourns College of Engineering at CBU. “I’m also thrilled to receive their consultation for our new master’s in mechanical engineering degree offered this fall and for our vehicle technology lab planned to open with our new engineering building in 2018."

Bourdais, who is contesting his 11th IndyCar season and third with KVSH Racing, is coming off a solid eighth place showing last weekend at the Phoenix Grand Prix. The 37-year-old native of Le Mans, France Bourdais, 37, but resides in St. Petersburg, FL, is the only driver to win four consecutive IndyCar championships (2004 -2007). In 149 career IndyCar starts, Bourdais has won 34 races and taken 33 pole positions, tying him for seventh on the all-time list in each category.