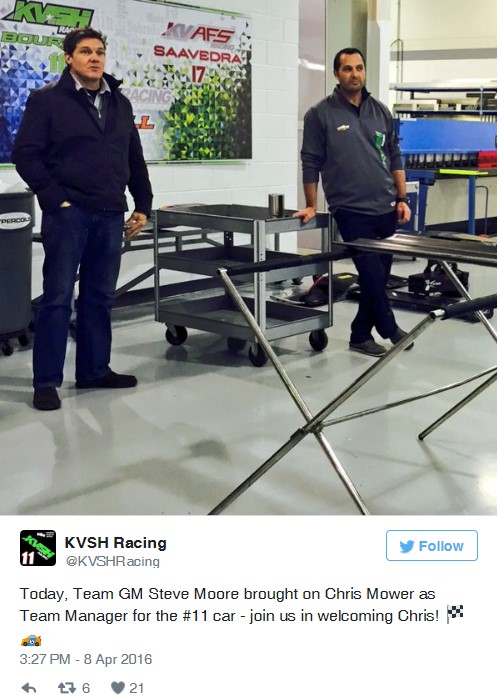 Veteran team manager Chris Mower has joined KVSH Racing, the team announced on Friday via twitter (see tweet to right). He will serve as the team manager.

KVSH Racing has a technical alliance with the PIRTEK Team Murray effort for Matthew Brabham in the month of May and the team is expected to add a third car for the Indianapolis 500.