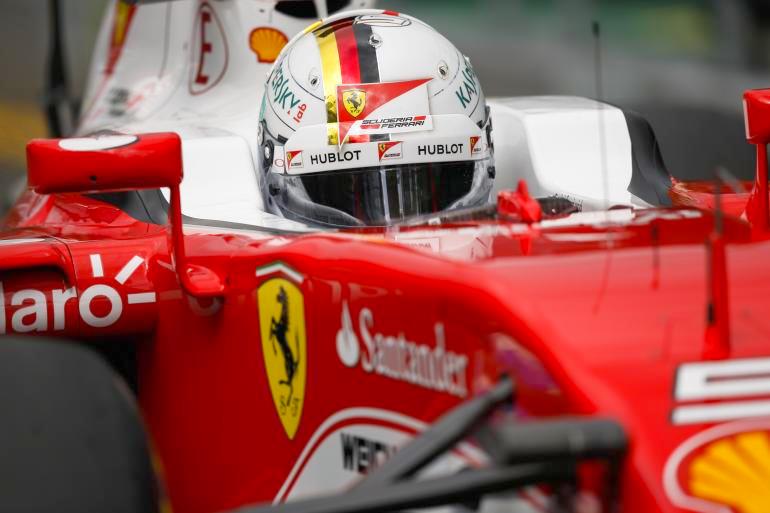 Scuderia Ferrari have been cleared of any wrongdoing by the FIA regarding a potential coded message they displayed during the 2016 Formula 1 season-opener in Melbourne.

During the race at Albert Park Circuit, Ferrari displayed what seemed to be an obscure pitboard message to Sebastian Vettel, reading ‘-3.2 LFS6 P1’. A rival team spotted this message and reported it to FIA F1 race director Charlie Whiting, which prompted the investigation.

In a press briefing prior to the race, Whiting made it clear that all messages would be heard or seen by the governing body, with anything deemed coded would be looked into.

The FIA have severely tightened article 27.1 of the sporting regulations for the 2016 season which states, “the driver shall drive the car alone and unaided". This has led to a clampdown on radio transmissions between the pitwall and driver and messages that are displayed on a pitboard.

Autosport confirmed that the Maranello-outfit had provided an satisfactory explanation to the FIA regarding the message. A number of teams experienced problems with fuel recalculations after the 20-minute red flag stoppage following the horrific accident on lap 17 between McLaren driver Fernando Alonso and Haas driver Esteban Gutierrez.

Whiting confirmed after the red flag and restart in Melbourne there was a number of glitches that needed to be solved. Something that led to a problem for Ferrari over how the SECU (Standard Electronics Control Unit) software handled the stoppage.

Therefore, the FIA concluded the message was acceptable and there will be no further action taken.

04/06/16 (GMM) F1's governing body is looking into whether Ferrari stretched the new radio clampdown rules, according to a report in Germany's Auto Motor und Sport.

While the new rules severely limit what can be said on the radio, the FIA's Charlie Whiting said in Melbourne that they also apply to dashboard displays and pit boards.

"We do have a camera looking at all the pit boards, so if we see anything unusual we will ask why," he said.

Auto Motor und Sport claimed on Wednesday that a rival team has shown the FIA a photo of a Ferrari pit board in Bahrain displaying the message "3.2-LFS6-P1".

The report said the FIA is now looking into the matter.