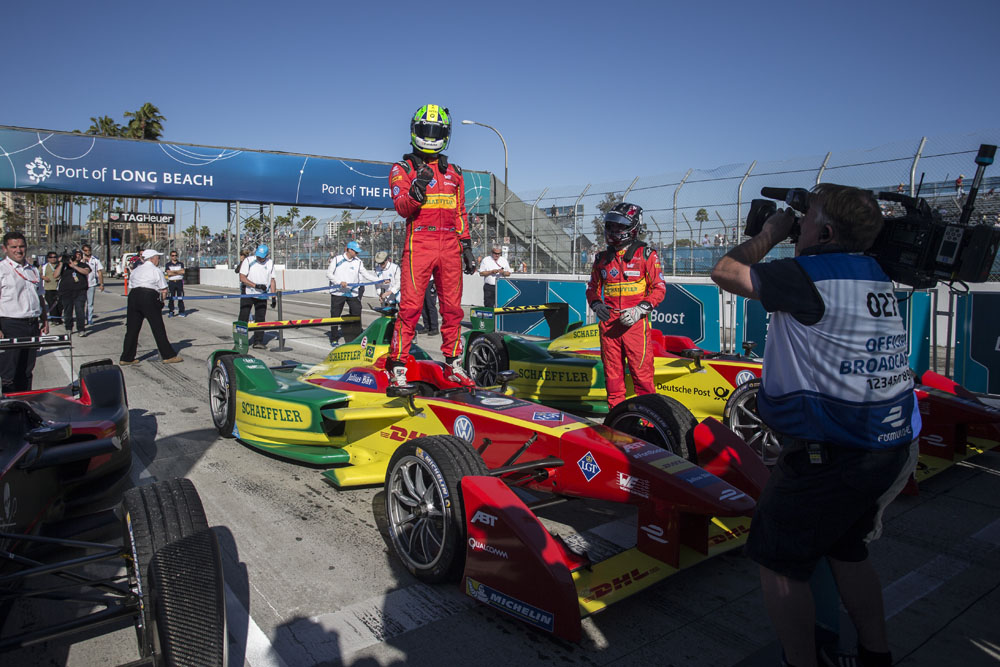 Formula E’s two U.S.-based teams have stressed the importance of the Long Beach ePrix to prove the series’ value to corporate America writes HJ Mai in the Sports Business Daily.

Andretti Autosport and Dragon Racing told SBD Global they have seen increasing sponsorship interest from U.S. companies, but resistance remains. “We have to prove that the series is here to stay," Amlin Andretti Team Principal Roger Griffiths said.

“It’s about longevity. When we talk to potential partners we are not taking about one-race or one-year deals, we talk five years and more." Formula E’s only U.S. stop this season took place along Long Beach’s famed Shoreline Drive on Saturday. Dragon Racing Founder Jay Penske says the hesitance of U.S. companies to join the electric series is rooted in history after a number of series came to the U.S. and failed.

“In North America you have seen a lot of series come and go," he said. “There’s some patience with some of the manufacturers and also some of the corporations saying, ‘Hey let’s see how this thing develops.’"

However, Penske, whose team announced several new partnerships ahead of the Mexico City ePrix, believes the series is starting to hit its stride, only 17 races into its existence. And racing in Southern California, he said, can only help.

“Certainly Los Angeles being the largest TV market in the world … I think it’s a very critical race for the series at large to have something in this corridor. California as a state is really one of the leading locations for innovation and technology and I think having a strong race here means a lot."

For Andretti, a race in California is equally as important to the future growth of the product, but the right location still remains up for debate.

“You could argue where the best place to have a race in California is," Griffiths said. “Is it good to be here in Long Beach because this is where the electric car companies are? You have Tesla, Faraday Future and Fisker all in this part of the world. Or should we maybe move up to San Jose where the tech companies are? The Apples, the Googles and Silicon Valley."

ON BOTH COASTS: Both teams agree that Formula E needs another race in the U.S. after Miami, which hosted a race in season 1, was dropped from the calendar. The series' plans for a race in N.Y. proper are “at an advanced stage," according to a Formula E spokesperson.

Recent media reports have suggested the series is looking to stage a race in Brooklyn as early as next season — though Season 4 appears to be more likely.

The team also signed a new deal with Fenix ahead of the Mexican round. Penske said that Formula E attracts sponsors from different industries, but the majority come from the technology and sustainability sector.

"We are seeing different types of sponsors in different markets," he said. "I do see more of these companies starting to come in now." HJ Mai/SBD