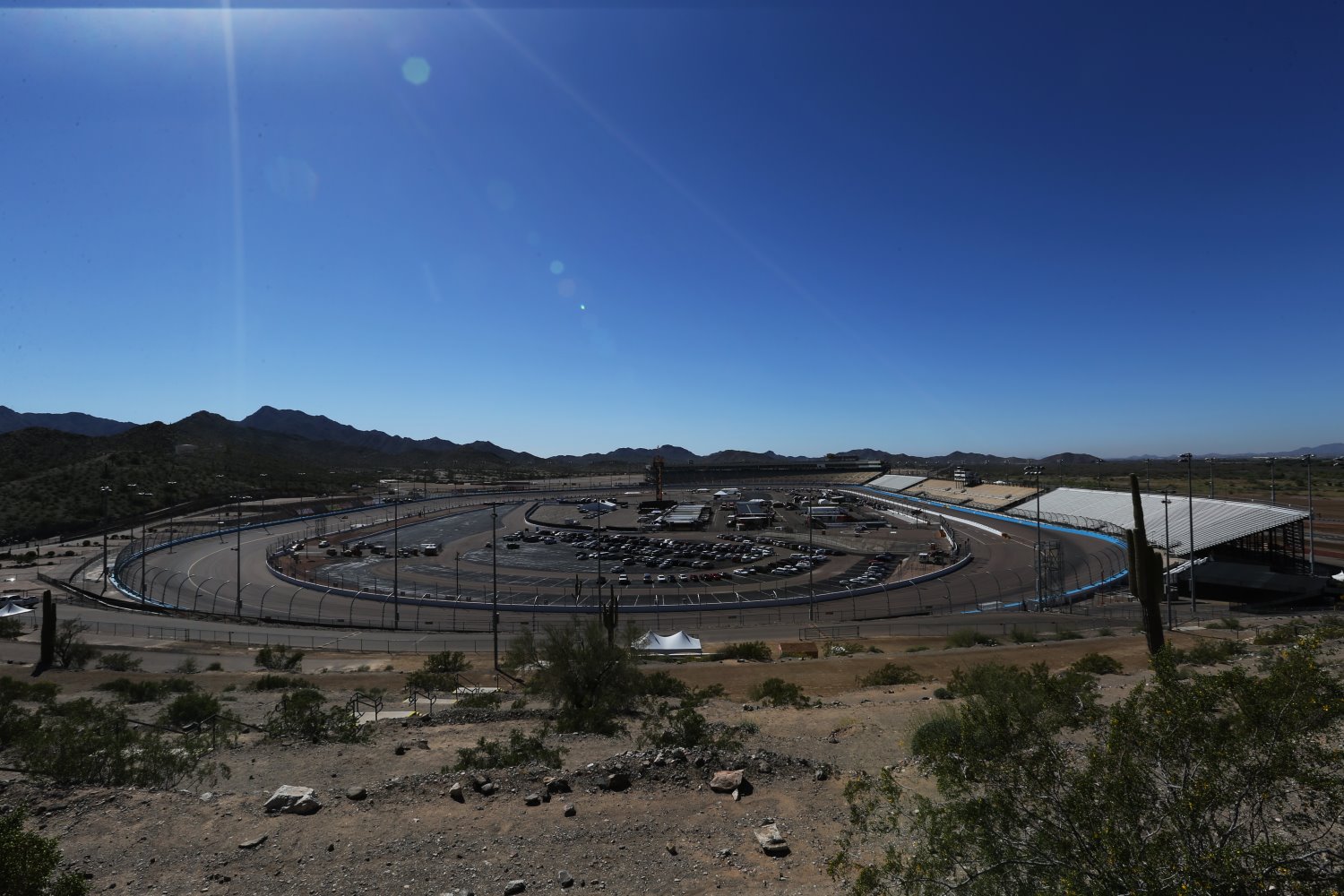 Did you know the original plan for Phoenix International Raceway was to be a road course?

Yes, real estate developer and amateur sports car racer, Richard Hogue had been impressed with Riverside International Raceway outside Los Angeles and wanted to create a road course here in Arizona that would resemble the topography and elevation changes of the great European tracks such as the NÃ¼rburgring, Spa-Francorchamps, and Brands Hatch.

His search led him to the foothills of the Estrella Mountains here in Avondale. Hogue agreed to purchase a 314-acre parcel of land in 1963 for $1000 an acre. Construction quickly began on a 2.75-mile road course that would incorporate a drag strip. But things would change slightly when Hogue came into contact with famous race promoter and legendary race team owner J.C. Agajanian.

You likely know of Agajanian. He fielded Indianapolis 500 race winning cars in 1952 for Troy Ruttman and 1963 for Parnelli Jones. Agajanian was also the West Coast Vice President of USAC at the time and told Hogue to consider an oval in his design.

Hogue initially balked at the idea telling Agajanian it would be too costly. But Agajanian would persist telling Hogue if he added the oval, he could get the superintendent of the Indianapolis Motor Speedway, Clarence Cagle, to design it free of charge and could also guarantee him one Indy car race a year. Knowing he needed to have as many revenue-producing events as possible to pay down the hefty mortgage, so he told Agajanian he would add the oval — but only if the track was granted two Indy car races annually.

Agajanian said he could fulfill that promise and Cagle quickly began construction of the oval. But there was a problem.

Hogue still wanted the road course and Cagle had to design the oval to fit in with both the road course and drag strip. He decided to "pinch" turns 1 and 2 and create a quirky left turn, where the drag strip joined the back stretch of the oval. This "dogleg" would lead to Turns 3 and 4 and help make the tighter turn combination in 1 and 2 work with the broader 3 and 4 turns that led back onto the main straight. Cagle also decided to increase the banking in Turns 1 and 2 to 11 degrees. Nobody had ever created a design like this before and not even Cagle was sure how it would race.

The track was completed just in time to host the Governor's Cup on March 22, 1964. Parnelli Jones won the pole with a lap time of 31.353 secs. and A.J. Foyt beat Roger McLuskey for the win with Jones third. It was the first Championship win for a car outfitted with Goodyear tires. The prize money for winning was $4,257.

A 2-mile road course was eventually finished but it was reduced in length to 1.51-miles in 1991 before being closed in 2011. And ironically, the quirky oval layout that was made to accommodate the intended design has become the trademark of Phoenix International Raceway.