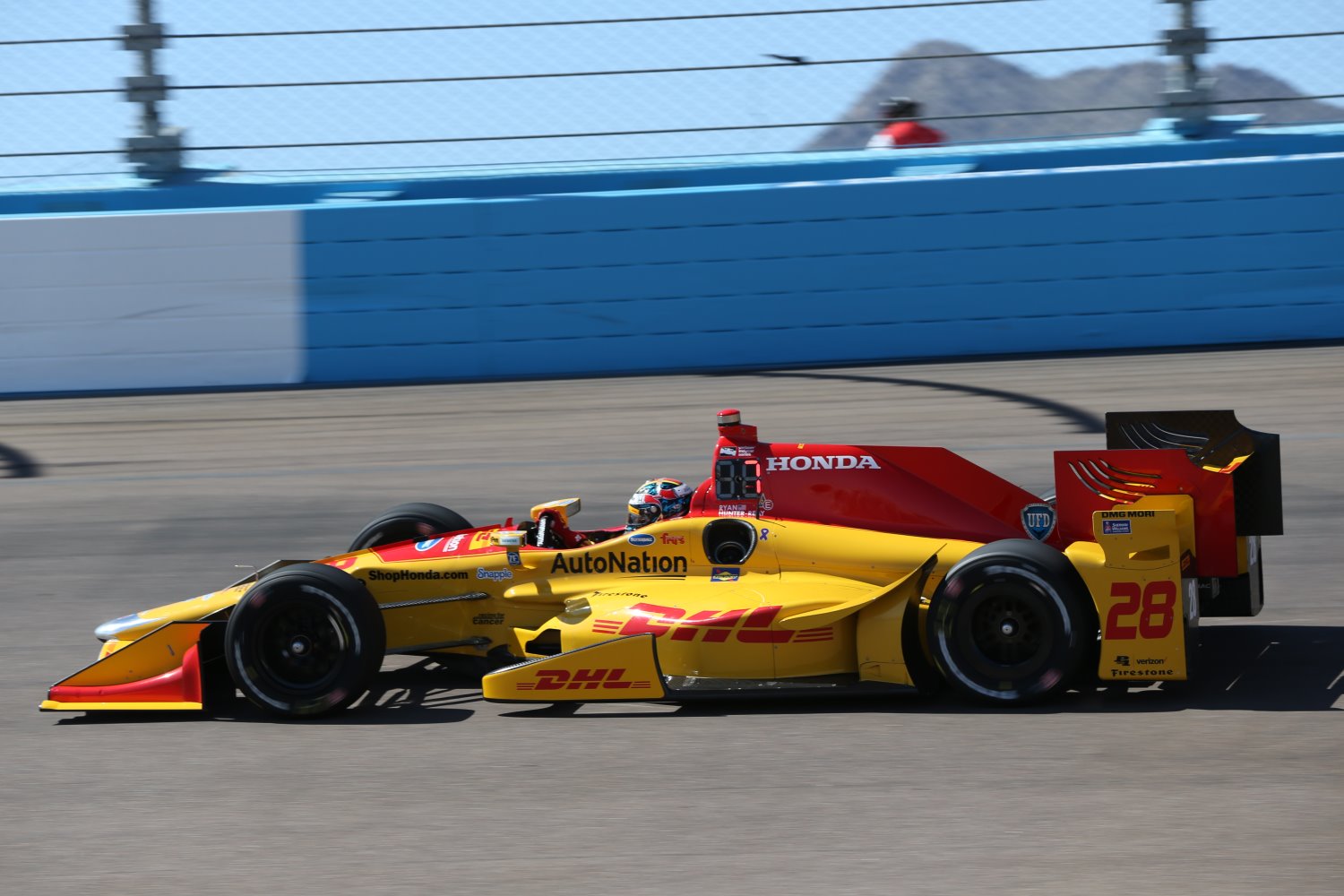 AVONDALE, AZ – After two practice sessions and a qualifying round to set the field for Saturday night’s Verizon IndyCar Series race at the Phoenix International Raceway, the question of whether or not we should have this current slate of aerokits has gotten louder and louder.

Prior to the 2016 season, almost every driver and nearly every car owner had said they didn’t think this aerokit, that was adopted last year, was moving the sport in the right direction.

The aerokit was created to differentiate the two manufacturers, cut costs, make the field even more competitive and allow for more teams to be started with the cost effective measures that were supposed to be taken for the teams.

Instead, the costs are as high as the DW12 was, the cars don’t really look any different from one another, the fields aren’t competitive between the two manufacturers and we’re in fact losing teams.

So, after a day at Phoenix, which saw Honda’s struggle mightily, including three crashes that could be directly related to the aerokit, the question about moving on further with these cars has grown to an all time high.

If last year at Indy wasn’t bad enough, which ended up so bad that the series nearly lost Honda as a supplier, we’re at a point where something needs to happen.

In all three sessions on Friday at Phoenix, Chevy cars swept the top 10 speeds on the speed charts. What makes this worrisome is Honda was able to upgrade their aerokits in the offseason to close the gap more with their Chevy counterparts.

Here we sit two races into the season, and the disparity between the two is greater than ever.

The only chance Honda has at winning the race at Phoenix on Saturday night is if they get lucky by fuel mileage or bad timed cautions working against Chevy drivers.

Is that fair to see each week?

The Honda drivers were scared at the IndyCar Media Day back in February that the field may be split at Indy and with the only oval prior to the 100th Running of the Indianapolis 500 shaping up this way, their fears may become a reality.

Fact is, Honda teams can’t keep up with the Chevy teams and when they do try to do evasive measure to do so, they’re put in harms way where crashes occur.

Take this stat for example, Chevy drivers have won the last 29 straight IndyCar poles as the last Honda driver to start first for a race was in the second Duel in Belle Isle when Takuma Sato started first on June 1, 2014.

Yes, June of 2014 was the last time a Honda driver started on the pole for a race as they have just three poles in total since the start of the 2014 season.

In fact, Chevy drivers are 18-for-18 in pole awards under this new aerokit as Honda drivers honestly aren’t even close.

Last year, Chevy drivers won eight of the first 10 races and had four drivers inside the top five of the final points standings. Furthermore, they had seven drivers in the top 10 of the final standings.

In the season’s biggest race, Chevy drivers swept the top nine starting spots in the Indianapolis 500 and led 193 of the 200 Laps.

Now, Chevy has pulled even further ahead while Honda drivers are crashing trying to catch up.

I can tell you, teams aren’t going to want to spend more and more money trying to repair damaged race cars as it’s getting more and more unanimous that we’re heading to a time where the DW12 makes a comeback.

Obviously, I don’t think that drastic of measures can be taken this season as it would look extremely bad to do so, but IndyCar needs to work with both Chevrolet and Honda to make this happen.

It’s clearly not Chevy’s fault to be this much better and they don’t deserve to be penalized by making a level playing field, but it’s not good for the sport for this much division between the two.

I can tell you if it’s this way at Indy where it’s a split field, it’s going to get extremely ugly. That’s something they don’t need with the 100th Running. Eric Smith/RaceReviewOnline