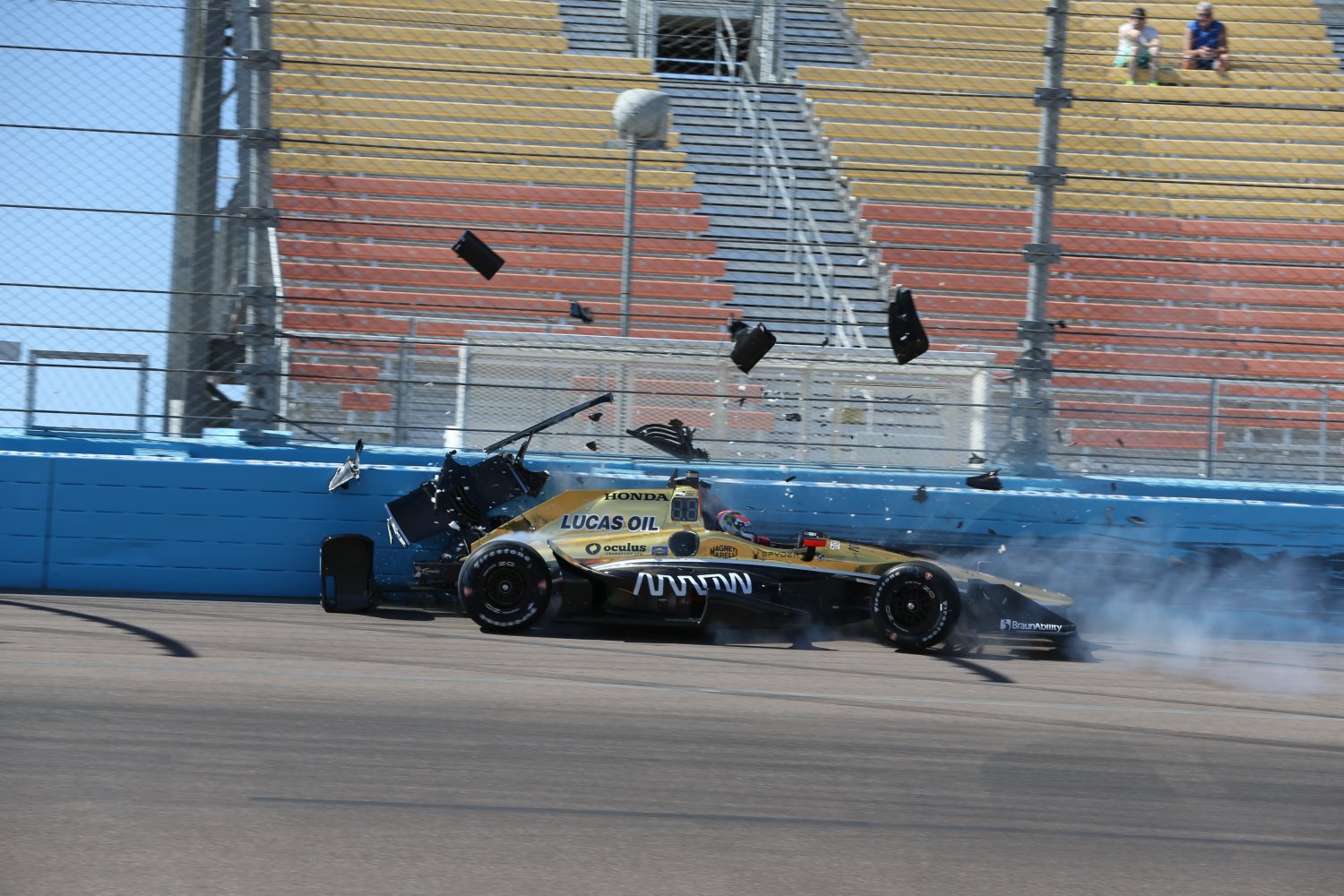 The session was marred by two similar crashed involving Takuma Sato and James Hinchcliffe. Both drivers lost the car on the exit of turn 1 and went into the SAFER barrier rear first. Both drivers were ok, and AR1 confirmed with the teams that their cars will be ready for qualifying.

Medical update from Dr. Michael Olinger, INDYCAR Medical Director, Takuma Sato and James Hinchcliffe have been checked and released from the infield care center. Both have been cleared to drive.

JAMES HINCHCLIFFE (No. 5 Arrow Schmidt Peterson Motorsports Honda): “It's tough to tell, man. We were just on a qualifying simulation, and had a bunch of understeer in the car and were making small adjustments in the car to try to dial it out. Turns 3 and 4 is normally a bit looser than Turns 1 and 2, and we had understeer even in Turns 3 and 4, so I made a small adjustment on the front bar and the next lap I had some understeer getting into it and the thing just snapped. It's a huge kick in the nuts obviously for a race we have as little track time as we have here. I feel really bad for the guys that have to fix the Arrow machine, but we'll get it buttoned up and just try to focus on what we can from here."

TAKUMA SATO (No. 14 ABC Supply AJ Foyt Racing Honda): “I feel OK. It was a quite a big impact and (I have) a little bit of a headache, but I'm good. It was a quick spin. I lost it simply with a little bit of oversteer. We were doing a qualifying sim, so unfortunately, we lost the back end and it caused pretty good damage, but hopefully we can come back."