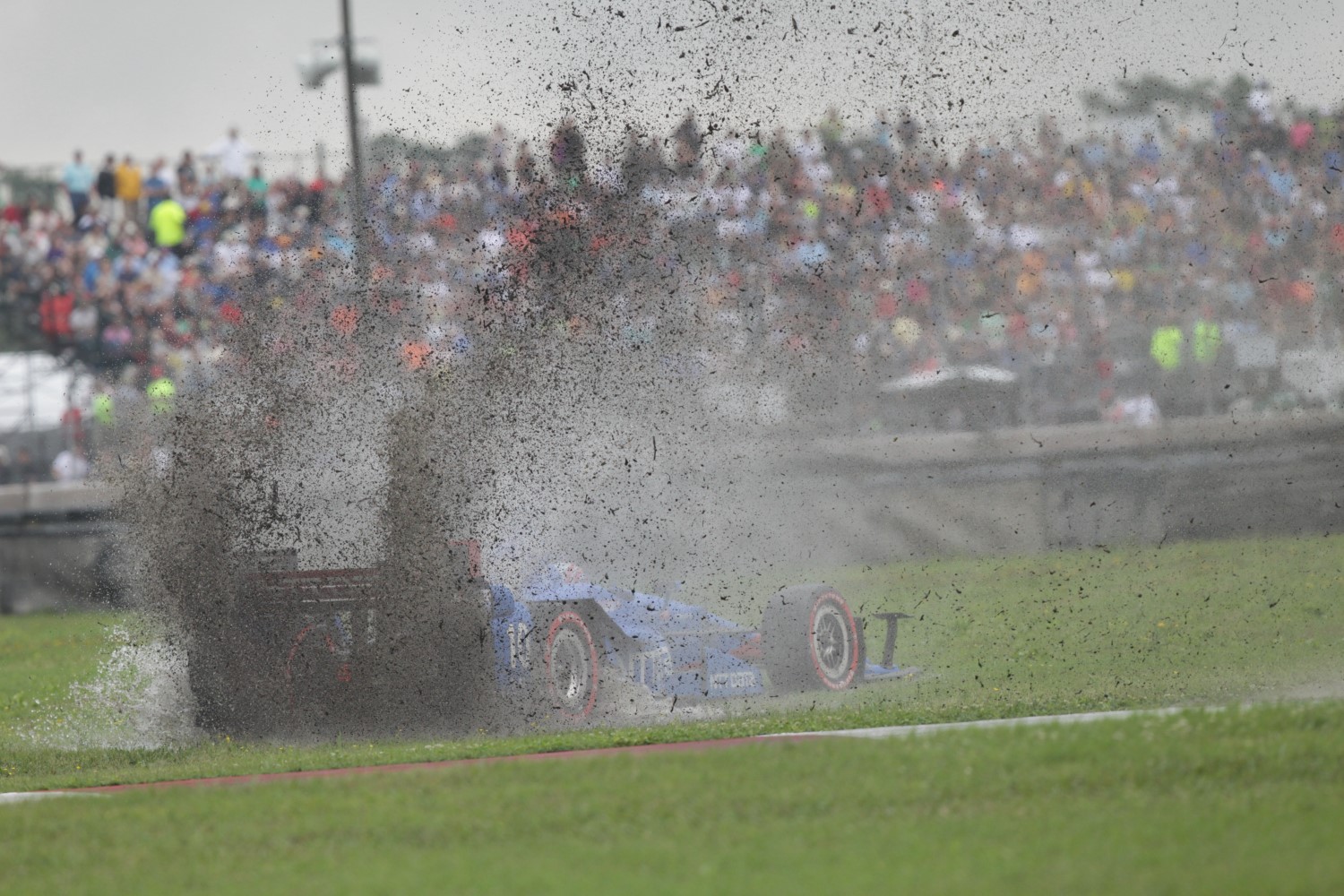 The two groups that organized and hosted an ill-fated IndyCar racing event in Avondale last year and later faced off against each other in New Orleans’ federal court have settled their differences.

Brown signed the order at the request of both sides, who earlier had notified the judge that they had “effected an amicable resolution of all claims at issue" in their dispute over the Indy Grand Prix of Louisiana race held in April 2015.

A separate federal lawsuit pitting NOLA Motorsports Park and Chouest against a company that installed grandstands for the Grand Prix race remains pending. But attorneys for the racetrack and its owner have asked for that case to be dismissed, and in court filings, they say they believe there is a good chance their request will be granted.

However, the inaugural Grand Prix, held on the rainy weekend of April 10-12, was a disaster by most accounts.

Attendance was estimated at fewer than 10,000, far below the 80,000 that had been projected at one point by officials who hoped the race would become a local tradition. The race itself was sloppy and full of crashes due to the slick conditions at the track.

As part of its deal, Andretti claimed, NOLA Motorsports had created a nonprofit to receive $4.5 million in tourism grant money from Louisiana for various purposes including improvements at the track.

However, Andretti alleged, the track used more of the grant money on upgrades than it had said it would, leaving too little pay off the race organizer or other vendors.

Chouest and the track fired back that Andretti’s financial success at the Grand Prix depended on selling lots of tickets, which they said did not happen because the organizer was inept.

They argued that Andretti’s lawsuit targeted Chouest and the $75 million racetrack he opened in 2012 in a desperate effort to make money back from “a local deep pocket."

Meanwhile, the IndyCar series announced that the race will not return to Avondale.

A settlement left Lopes and Taylor with control of the Indianapolis-based firm, which has been renamed LST Marketing.

Locally, NOLA Motorsports Park recently announced the hiring of a new CEO, Frank Christian. Christian took over day-to-day management of the track from former President Kristen Ponthier Engeron after it was announced the Grand Prix would not be returning.

Christian has said the park now is less focused on courting high-risk events like the Grand Prix and more interested in renting the facility’s various driving courses and meeting spaces for corporate team-building trips and recreational outings.

The park on Friday will celebrate the opening of a new permanent attraction named “Xtreme Xperience," which lets visitors drive exotic sports cars at the facility for prices beginning at $99. The Advocate