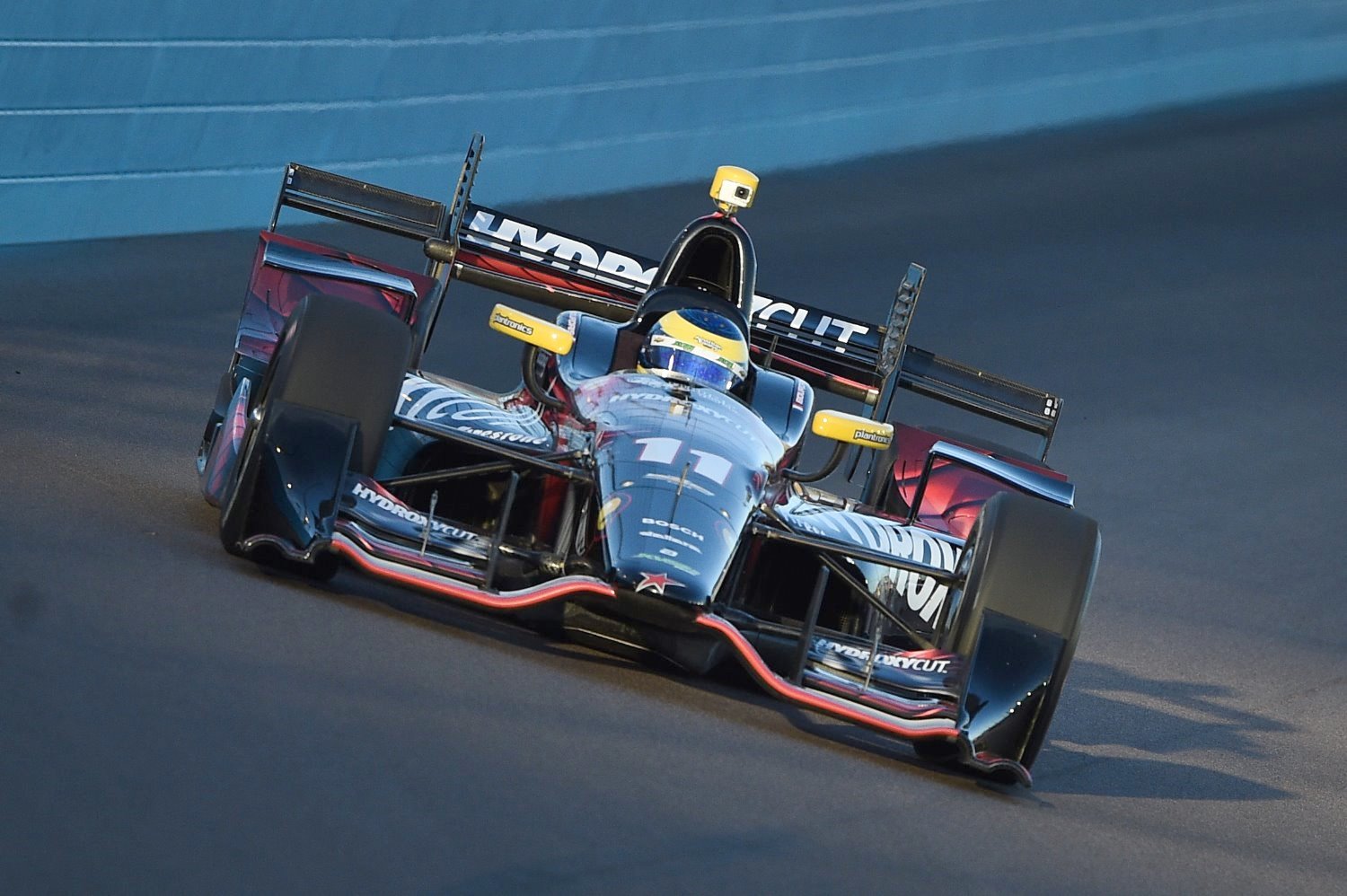 UPDATE I just recently spent some time in the KVSH Racing garage area. Of course, the #11 Team Hydroxycut Chevrolet transporter caught fire yesterday in Peoria, AZ about 25 miles from Phoenix International Raceway. No one was injured in the fire, and according to the team’s release. “due to the quick actions of the two team members driving the transporter, the help of other racing team transport drivers and local Fire and Police officials, the contents of the transporter were undamaged."

The team was able to store the car in an IndyCar Series transporter overnight before it was brought to the track. One team member told me “they came through big time," in speaking of the assistance the series gave KVSH.

The damaged transporter is here in the paddock, having been cleaned out by the team. You can still smell the smoky residue and the hauler will stay in Arizona after the race for repairs. The team has a second hauler currently en route to Phoenix to pick up the #11 car and get it back to Indy in time for this week’s test at IMS.

As for the car it did sustain some damage to the rear axle, which one team member told me meant a time-consuming repair. However, from talking to a few members of the KVSH squad, the general sentiment is business as usual this weekend.

Generally speaking, the sentiment was one of relief that the damage was not greater.

The team has confirmed that the transporter carrying the No. 11 Team HYROXYCUT – KVSH Racing Chevrolet/Dallara/Firestone car driven by Sebastien Bourdais was damaged by a fire in Peoria, AZ approximately 25 miles from the end of a 1450-mile trip from the KVSH Racing shop in Indianapolis, IN to PIR.

The fire occurred and was confined to the rear axle area of the transporter. The vehicle sustained substantial damage, however, due to the quick actions of the two team members driving the transporter, the help of other racing team transport drivers and local Fire and Police officials, the contents of the transporter were undamaged.

“First and foremost, the good news is that both of our team members, John Phil Davis and Eric “Stu" Stewart were uninjured. Secondarily, the cars and equipment are undamaged," said KVSH General Manager Steve Moore. “We are very fortunate to have to highly skilled and experienced transportation professionals who took quick and decisive action. Without them this situation could have been a lot worse. KVSH Racing would also like to thank the members of other teams and local Fire and Police responders for their assistance."

The team is currently working on alternative logistics to support this weekend’s effort as they literally attempt to rise from the ashes and capture this weekend’s Desert Diamond West Valley Phoenix Grand Prix, Round No. 2 of the 2016 Verizon IndyCar Series season. The race will be held April 2 at Phoenix International Raceway in Avondale, AZ. It will be broadcast live on NBC Sports Network at 8:30 p.m. ET, Radio Broadcast: XM 209 and IMS IndyCar Radio and Online: IndyCar.com and Verizon IndyCar 15 app.

03/30/16 The transporter carrying Sebastien Bourdais' No. 11 KVSH Racing Chevy and the team's racing equipment caught fire this morning on its way to this weekend's Verizon IndyCar Series race in Phoenix. The extent of the damage is currently being assessed.

"I don't know how bad it is, but it didn't sound good," team co-owner Jimmy Vasser told RACER.

"[KVSH team manager] Steve Moore is there and they're trying to unload to see how much burned."