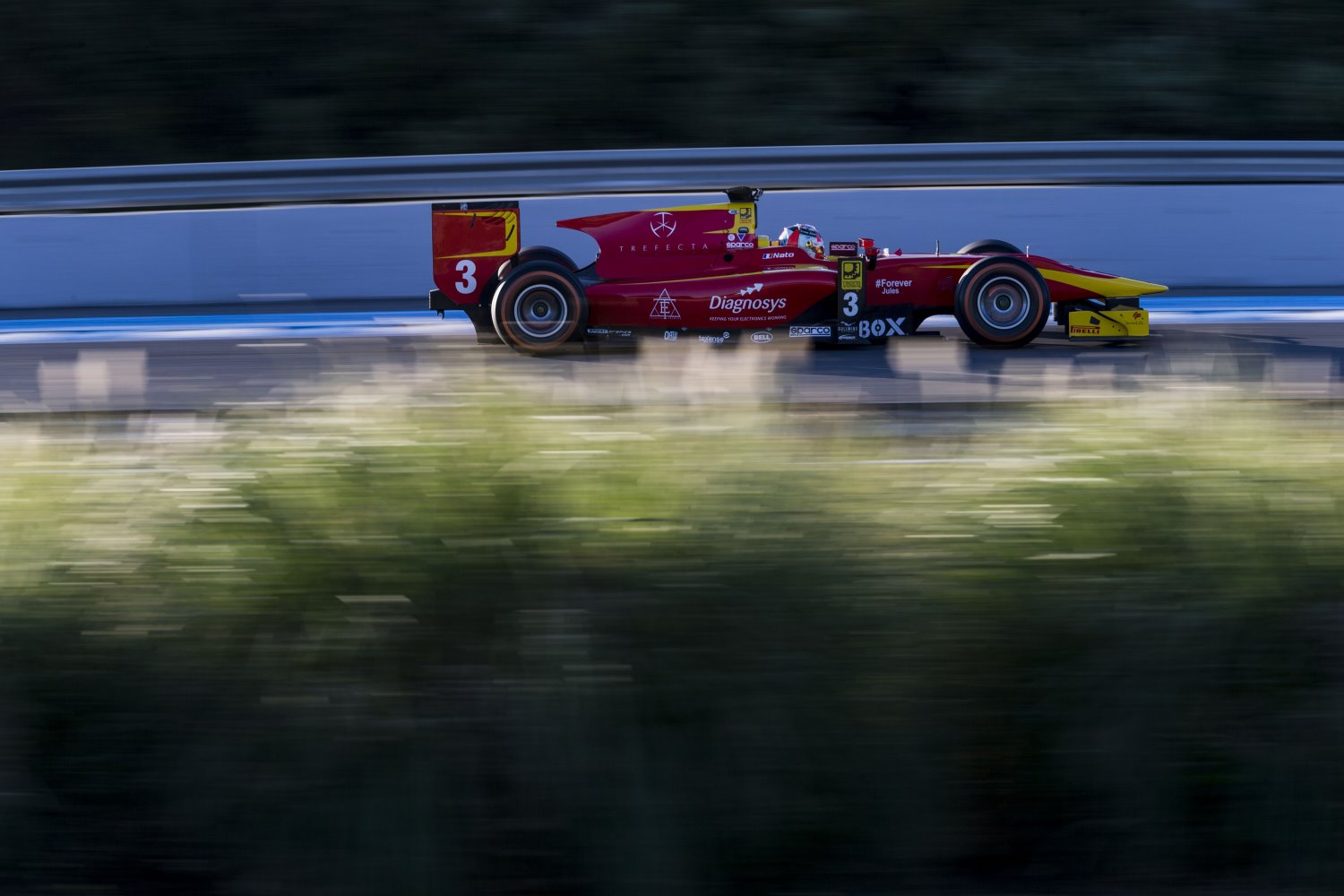 Frenchman Norman Nato concluded this week’s second pre-season testing at the top of the timesheets: he lapped the Spanish track in a 1:24.518 ahead of Arthur Pic and Nobuharu Matsushita. Rapax driver Pic was quickest in the afternoon session.

Blue skies greeted the paddock once again for the third and final day of pre-season testing in Spain. When the pitlane turned green, Racing Engineering’s Jordan King was the first man to feed onto the track, but it was DAMS’ Alex Lynn who set the early pace with a laptime of 1:25.220. Twenty minutes into the session, Oliver Rowland caused a first red flag after he stopped on track between Turns 8 and 9.

After the restart, Nato found some extra pace to dip under 1m25s and topped the timesheet in a 1:24.518. One hour into the session, a second red flag period was caused by two cars: Arden International’s Nabil Jeffri spun and stopped in the gravel bed at Turn 2 whilst Raffaele Marciello stopped at Turn 8. The proceedings were halted again shortly after the restart due to Philo Paz Armand who also spun and stopped at Turn 2.

The remainder of the session was busy with most of the drivers completing longer runs and practice starts. At the checkered flag, Nato remained top ahead of Pic and Nobuharu Matsushita. Pierre Gasly, Lynn, Sergey Sirotkin, Antonio Giovinazzi, Nicholas Latifi, King and Luca Ghiotto completed the top ten. The first seventeen drivers lapped within one second.

In the afternoon, Swede Gustav Malja set the early pace in a 1:25.820 but Pic bettered his teammate’s laptime in a 1:25.583 to claim P1. At mid-session Raffaele Marciello caused a fourth red flag period after he stopped on track between Turns 5 and 6. As the clock ticked down, the teams and drivers were focused again on long runs, practice starts and pit stops. The proceedings were briefly halted in the closing stages after Matsushita stopped on track at Turn 1.

This concludes the 2016 pre-season test session at Jerez de la Frontera. The GP2 paddock will gather next at Barcelona for Round 1 on May 13-14-15.