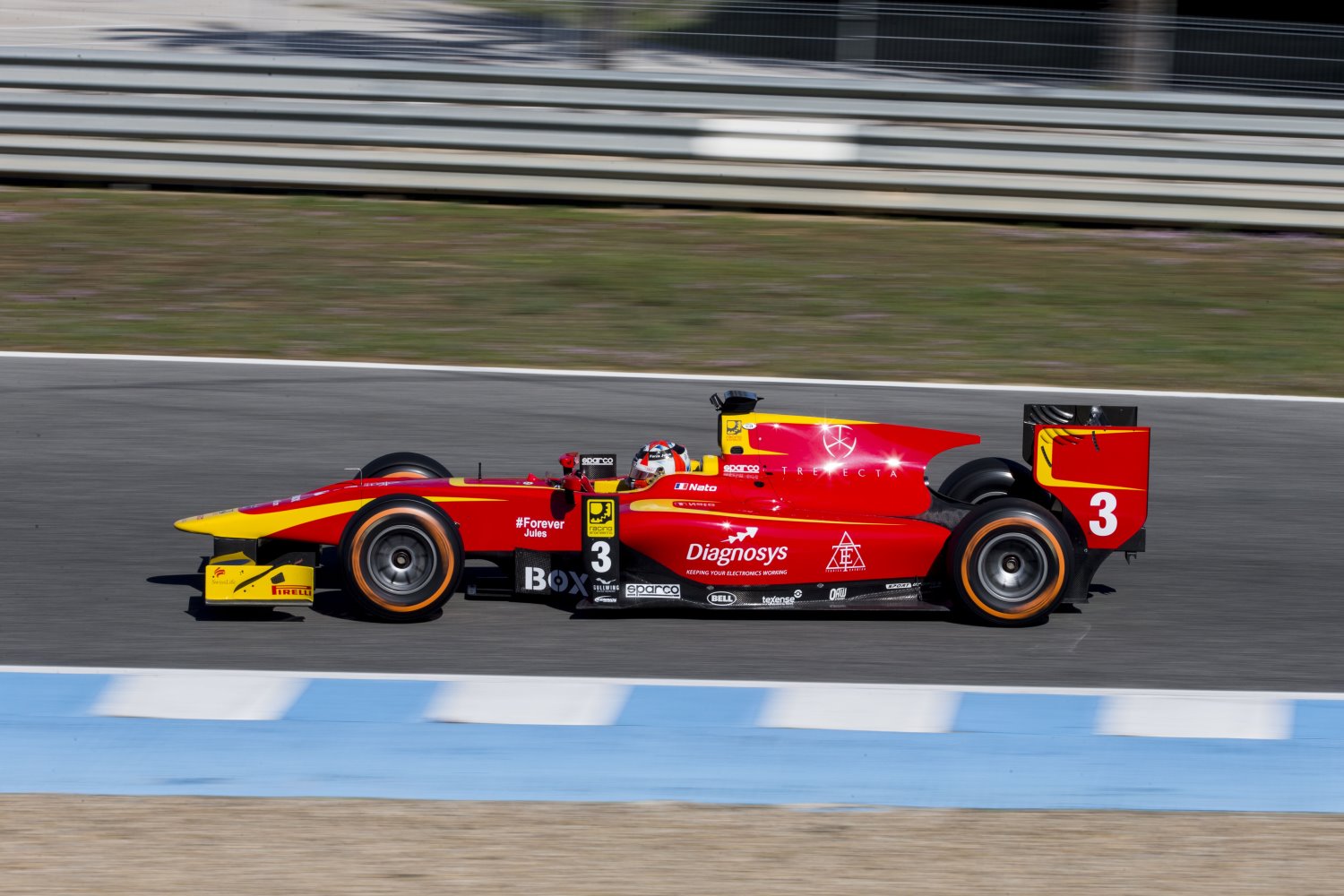 The GP2 Series field is back on track this week for the second 2016 pre-season test session at Circuito de Jerez, Spain. The paddock was greeted by blue skies but cold temperatures. When the pitlane turned green, it was Alex Lynn who fed onto the track first but he was closely followed by his teammate Nicholas Latifi and the rest of the pack.

After all cars had completed their installation lap, it was a quiet morning with the proceedings halted due to foggy conditions. When the action picked up again, RUSSIAN TIME’s Raffaele Marciello set the early pace in a laptime of 1:26.762.

With half an hour left on the clock, Racing Engineering’s Jordan King went quickest in a 1:26.201 ahead of Lynn and Mitch Evans. But Norman Nato found some extra pace to dip under 1m26s and sit pretty at the top of the timesheets.

In the afternoon, the session started under blue skies and in warmer temperatures. Latifi ventured onto the track first but it was his teammate Lynn who set the early pace with a 1:26.442 – 0.1s quicker than Nato in P2. In the opening hour, Arden International’s Jimmy Eriksson caused a red flag after he clipped the barrier at Turn one.

The rest of the session was trouble-free and studious with most drivers completing long runs and practice starts. With one hour left on the clock, Gasly topped the timesheet in a 1:26.375 and took P1 from Lynn with Nato P3.

Day 2 of this pre-season test will start tomorrow at 09.00, local time.