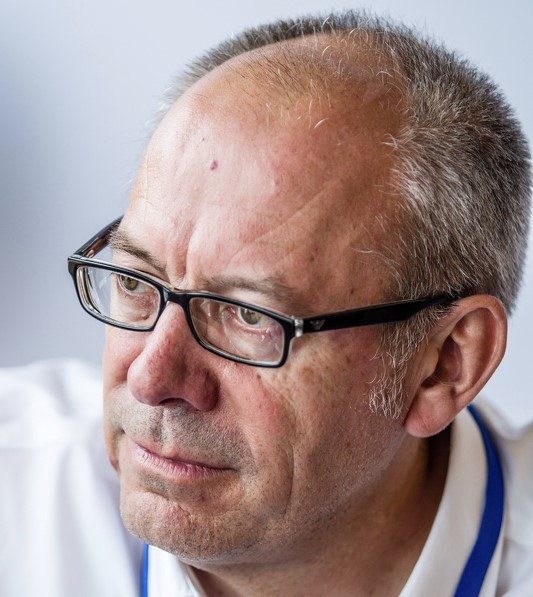 Ford Chip Ganassi Racing WEC team principal George Howard-Chappell has been pleased with the progress made at The Prologue, as the UK-based operation gears up for its first endurance test this week.

"We've been really pleased with the progress," Howard-Chappell told Sportscar365. "We did a lot of miles, over 1000km on one of the cars [on Friday] and 800km or so on the other [on the first day].

"I'm slightly confused because some of the other cars didn't seem to go out at all despite the fact they were at a test!

"But we're working through our program, making progress and are very happy."

The Prologue, which was the second proper test with the WEC cars following a run at Motorland Aragon earlier this month, was also only the second outing for the newly formed multi-national team.

Howard-Chappell, the former Prodrive/Aston Martin Racing team boss who took the British manufacturer to two class victories at Le Mans, said it's been an interesting experience in assembling crew from all corners of the globe.

"We are very pleased and very proud of the guys we've put together," he said. "They're a bunch of experienced people. Obviously they're learning to work together.

"It's like putting a premiership football team together. You can get your players from all around other teams. But until they learn to work together, it takes a little bit of time.

"But that's been going really well. It's a nice mix of guys from Multimatic in Canada, guys that I've worked with before through my sports car career and some guys who I've worked with many years ago."

While not yet boasting the experience as a group, Ganassi's WEC squad has able to lean on the experience of their counterparts in the U.S., with the IMSA WeatherTech SportsCar Championship squad just having completed 36 hours of racing with the Ford GT.

In fact, some of the European crew were part of the team's efforts at the Rolex 24 at Daytona and Twelve Hours of Sebring, although fewer at Sebring because of the ramped up WEC program.

"There was a very strong overlap between the U.S. team and the European team," Howard-Chappell said. "There's constant communications and we're learning all the time."

At Daytona, the cars battled electrical and gearbox gremlins, with Ganassi IMSA team manager Mike O'Gara telling Sportscar365 that a fix to one of those issues was actually validated on the WEC cars in testing prior to Sebring.

"Everything has a solution. Each time we see an issue, there's a solution," Howard-Chappell added.

"We were a bit disappointed about Daytona because the car had run very well in testing up until that point. But we changed a couple of things, thinking they were fine, and we [set ourselves back] a little bit.

"But we're over that and Sebring proved it. The cars ran through. One car unfortunately had an accident and the other one ran through with no issues."

The next milestone for the Howard-Chappell-led squad will be a 30-hour endurance test at Paul Ricard, which gets underway on Monday with all six of its WEC drivers in a single Ford GT.

Expectations for next month's season-opener at Silverstone, meanwhile, remains realistic, knowing the variables the team and Multimatic-built car could be up against this year in its ambitious dual-championship campaign.

"We want to see the car run through with no issues and be as competitive as we can," Howard-Chappell said. "We're taking a couple of fairly significant BoP hits, so we'll have to see where we are.

"We're working on keeping the car on a development track that we can try and improve the performance." John Dagys/Sportscar365