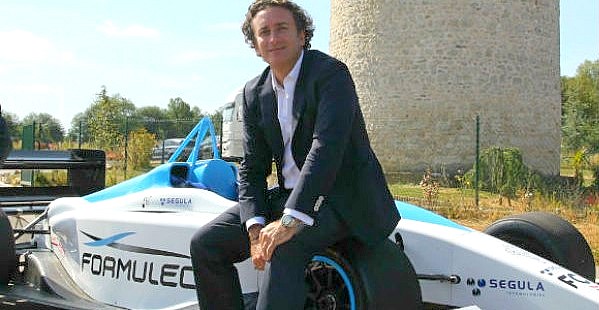 Alejandro Agag, Formula E CEO, wants to see his series grow and wants the U.S. along for the all-electric ride.

Agag talked about some of his frustrations with the United States in March at Mexico City–a venue that replaced Miami on this season’s schedule. The only U.S. venue planned for Formula E in 2016 is the streets of Long Beach, California.

And that’s not good enough for Agag, who wants more from his targeted markets.

Why not the Big Apple?

“For us, the two main objectives are China and the United States," Agag, who was born in Spain, said. “In China, we’re getting a lot more traction financially–big sponsors, big Chinese sponsors, investors and promoters, who want to take on the races. In the U.S., to get a sponsorship is almost impossible, which is kind of weird, because our TV figures in the U.S. are really good. Our Malaysia race did better in the U.S. than any Formula One race (did on TV in the U.S.) last season."

“The U.S., we have to maybe look for new locations," Agag said. “I’m going from here (in Mexico City) to New York to look for options in New York to have the race. And I think to get sponsors in New York is easier."

“We definitely aren’t giving up on the U.S.," Agag said. AutoWeek