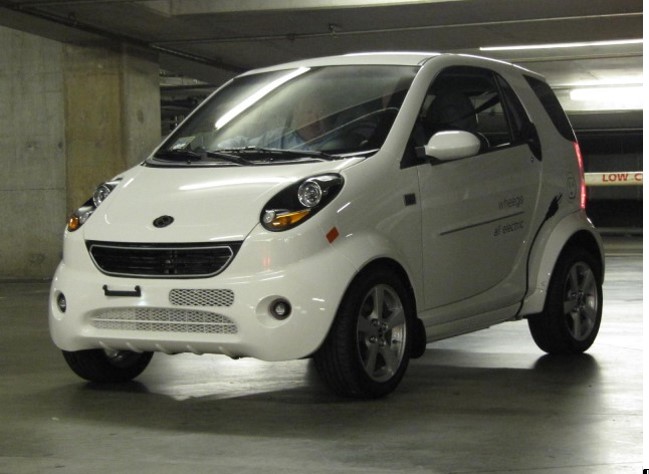 China's aggressive promotion of electric cars is turning into boon for a few U.S. Companies.

The Chinese government offers generous incentives for new electric cars, and is pushing companies to develop and sell more of them.

That level of enthusiasm is leading Chinese investors to show more interest in U.S. electric-vehicle companies than they might otherwise receive.

Some of these companies may not have been able to survive without help from China, suggests Chinese auto-industry expert Alysha Webb in Automotive News (subscription required).

Back in 2013, the company was looking for funds to expand, and hooked up with Chinese firm GSR Ventures.

GSR was willing to invest in Wheego as long as it shifted focus to China, and now Wheego sells most of its vehicles in that market.

Smith sold about 800 vans in the U.S. between 2010 and 2014, but couldn't make money and was forced to suspend operations briefly.

FDG owns two assembly plants in China, plus battery-production and R&D facilities, but reportedly lacked the engineering and development experience that Smith could provide.

The Prevok joint venture is now designing a medium-duty electric van, which will be built at a 2.6-million square-foot factory in the east Chinese city of Hangzhou.

Prevok plans to begin importing the van to the U.S. later this year, and eventually starting producing it in North America as well.

Stories like these are attributed by some to Chinese investors' tendency to take a longer-term view than their U.S. counterparts.

But government demands have also created a more expansive market for electric cars in China.

So far, it's tried to achieve that goal with subsidies, which are now set to expire in 2021.

Newer policies will reward manufacturers for building more new-energy vehicles, and require government agencies to buy more of them.

In February, the national government raised a quota for new-energy vehicle purchases by municipalities from 30 percent to 50 percent.

And all carmakers will likely have to produce some electric cars to meet stricter fuel-economy standards, which call for the equivalent of an average 47 mpg by 2020.

A U.S. connection may also be important to companies trying to sell more cars to Chinese consumers.

The most high-profile example of a Chinese company bailing out a U.S. firm is probably parts supplier Wanxiang's purchase of Fisker Automotive.

Renamed Karma Automotive, the luxury carmaker plans to focus mostly on China, but with some sales in the U.S.

The fact that Karma started out as an American company, and will continue to sell cars in the U.S., is important to its image in China.