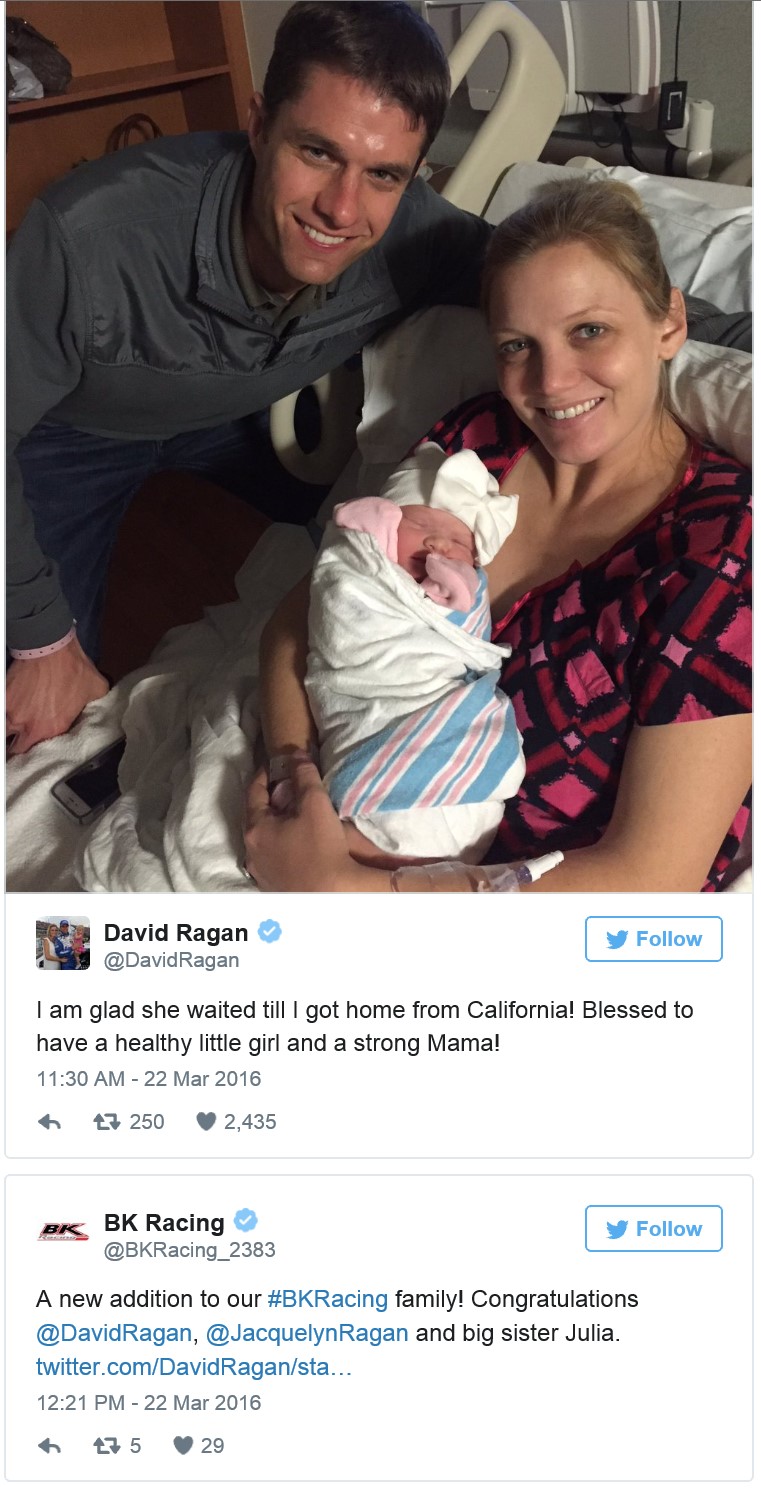 The off week could not have come at a better time for NASCAR Sprint Cup Series driver David Ragan.

The 30-year-old Georgia native and his wife, Jacquelyn, welcomed a baby girl into the world.

Meredith Leigh Ragan was born on Tuesday morning, March 22, at 2:45 a.m. ET at seven pounds, three ounces and 19 inches long, according to a spokesperson for the driver. Their first daughter, Julia, was born in June of 2014.

A second child is not the only change for Ragan this year. He is in his first season with BK Racing, driving the No. 23 Toyota for the two-car team. Last weekend's race at Auto Club resulted in his best finish with the team in the season's first five races, a 22nd-place finish.