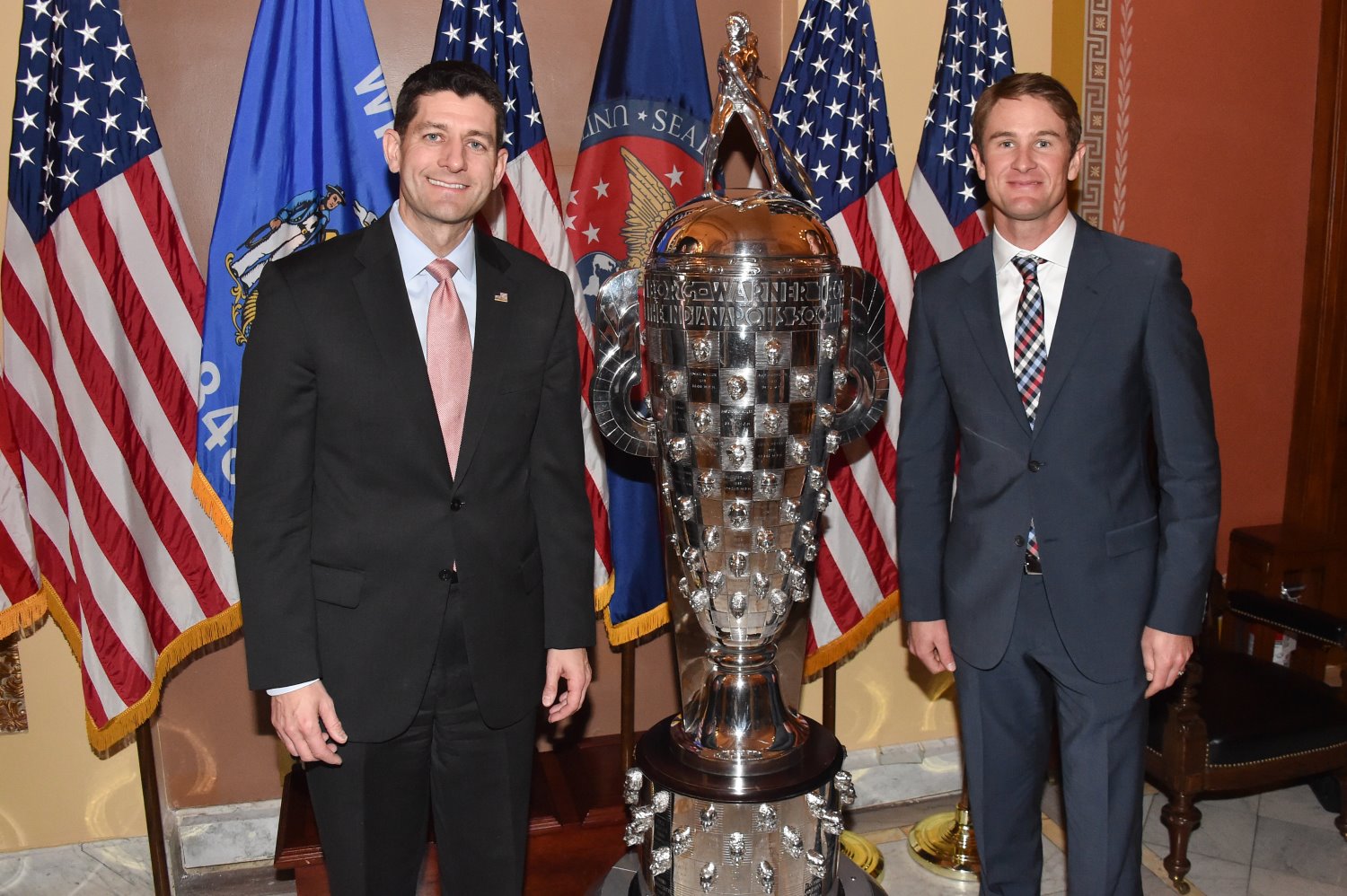 Verizon IndyCar Series driver Ryan Hunter-Reay made the rounds at Capitol Hill with a close friend on March 22 – the Borg-Warner Trophy.

"It was a huge honor," Hunter-Reay said. "It was something new to me. I was surprised by the amount of interest in the Indy 500 and the Borg-Warner. I appreciate the House of Representatives for having us and celebrating one of America's greatest traditions, the Indy 500."

Hunter-Reay met Rep. Andre Carson of Indiana, whose district includes the Indianapolis Motor Speedway, and was set to meet a number of others in the afternoon, including Rep. Susan Brooks of Indiana and representatives from districts where other Verizon IndyCar Series races are held.

"It was cool taking it all in and it is one of those experiences that you relish," Hunter-Reay said. "This is a very proud moment for me, as an American (Indianapolis 500) winner in our nation's capital with the powers that be discussing the Indy 500 and the road to victory."

Doug Boles, president of Indianapolis Motor Speedway, joined Hunter-Reay on the tour that included a stop on the Speaker's Balcony for a picturesque photo of Hunter-Reay and the trophy with another American icon, the Washington Monument, looming in the background.

"The reception that we've had today has been pretty overwhelming," Boles said. "It truly is the greatest race in the world and people from all over the country are demonstrating that today with their excitement in meeting Ryan Hunter-Reay and the Borg."