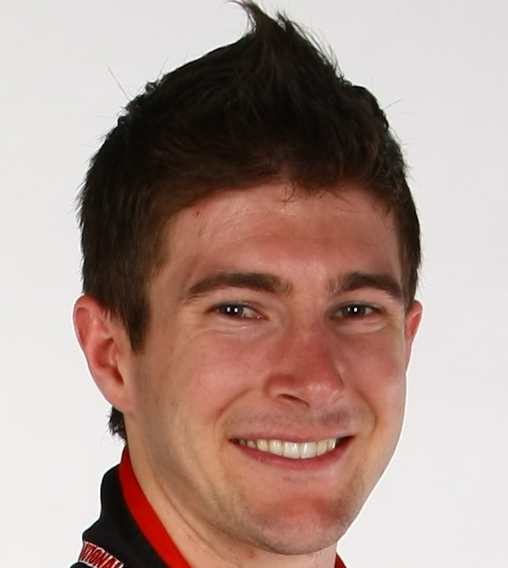 They teamed for a pair of impressive performances at Indianapolis Motor Speedway last year, so JR Hildebrand, Ed Carpenter Racing and Preferred Freezer Services are renewing their partnership for the month of May 2016.

Hildebrand will drive an ECR Chevrolet sponsored by Preferred Freezer Services in both the Angie’s List Grand Prix of Indianapolis on May 14 and the 100th Running of the Indianapolis 500 presented by PennGrade Motor Oil on May 29.

In addition, Josef Newgarden, ECR’s fulltime driver in the Verizon IndyCar Series, will carry Preferred Freezer sponsorship for both May races as well as the Honda Indy Toronto in July and the Grand Prix of Boston powered by LogMeIn in September. PFS will also be an associate sponsor at other events.

Team co-owner/driver Ed Carpenter will drive a third ECR Chevy in the Indianapolis 500 to again fill out the “Team America" contingent. Hildebrand hails from California, Newgarden from Tennessee and Carpenter from Indiana.

“I'm really glad we were able to put everything together at ECR to continue our program with Preferred Freezer," Hildebrand said. “Especially going into this year's 100th Running of the ‘500,’ you know everyone is bringing their absolute best to the fight. After the experience I've had over the last two years with this team, I know that we're going to be bringing a race-winning effort ourselves. I'm looking forward to working with Ed and Josef again and putting the PFS entries up front throughout May."

Hildebrand, 28, will be making his sixth Indianapolis 500 start and his second in the Angie’s List Grand Prix of Indianapolis. He was named the 2011 Indianapolis 500 Rookie of the Year after finishing second to Dan Wheldon and won the 2009 Indy Lights championship. He finished eighth in the 2015 Indianapolis 500, best of the three ECR drivers.

Preferred Freezer Services joined ECR in 2014, backing Hildebrand in the Indianapolis 500. After enjoying substantial gains in brand awareness over the past two years, PFS will have a presence with ECR at all remaining Verizon IndyCar Series races in 2016.

“It is great to have Preferred Freezer back for another month of May and to carry them on the cars all year long," Carpenter, 35, said. “It is always ‘cool’ to have the giant polar bear (mascot) around. This is a partnership that has grown each year and we are proud to see it grow again this year. We all have high hopes for all of our team cars at Indianapolis and I can't wait to get started."

Newgarden, 25, is coming off a breakout season in 2015, when he won two races, had two additional podium finishes and led the most laps of all drivers. He is excited to form the all-American team at Indianapolis once again.

“I’m thrilled to have Preferred Freezer Services on the car," Newgarden said. “They are such a great partner of ECR and very supportive of our efforts. It’s going to be a fun month of May trying to get them a couple of wins at the Indianapolis Motor Speedway. I’m even more excited to have JR back on the team; he’s a phenomenal teammate and fantastic driver. I’m excited to work with him and Ed as ‘Team America’ again."

For the third year in a row, JR Hildebrand will join Ed Carpenter Racing for the Month of May. Hildebrand will pilot one of two Preferred Freezer Services Chevrolets for ECR; Josef Newgarden will drive the second.

The iconic Preferred Freezer Services polar bear will again stand watch outside the Ed Carpenter Racing garages at the Indianapolis Motor Speedway throughout the Month of May.