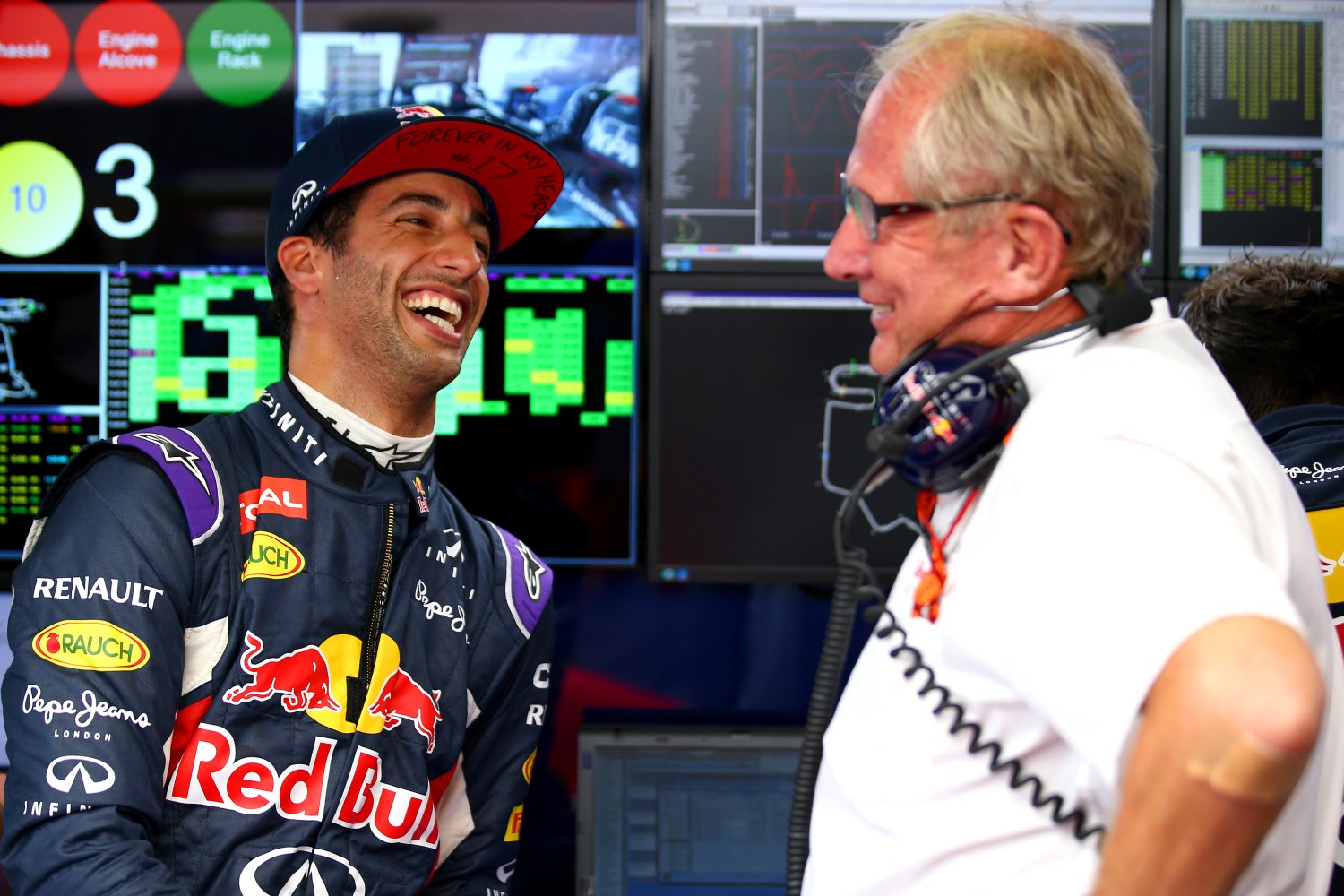 Several top drivers are out of contract at the end of the year, including Mercedes' Nico Rosberg and Ferrari's Kimi Raikkonen.

And both of those teams are interested in Daniel Ricciardo, the smiling Australian's Red Bull chief Dr Helmut Marko revealed on Tuesday.

"Ferrari are much more interested in Ricciardo than Verstappen," he is quoted by Auto Motor und Sport.

And Marko also told the Austrian broadcaster Servus TV: "The red and the silver teams are knocking."

But he says Ricciardo is firmly under a "long-term" contract with Red Bull.

And Marko also said Red Bull is set to rise back to the very top of the sport.

"We believe we can provide a really competitive car next year," he insisted. "Not only the chassis but also on the engine side."

Ricciardo finished fourth in Melbourne at the 2016 season opener.

"In race trim we lack 2 tenths on Ferrari," team boss Christian Horner claimed, admitting he is really looking forward to a major step by engine supplier Renault in Montreal.

"On one lap the power deficit punishes us," he said. "But Renault has greatly improved the racing mode of the engine over the winter. And the drivability is worlds better."