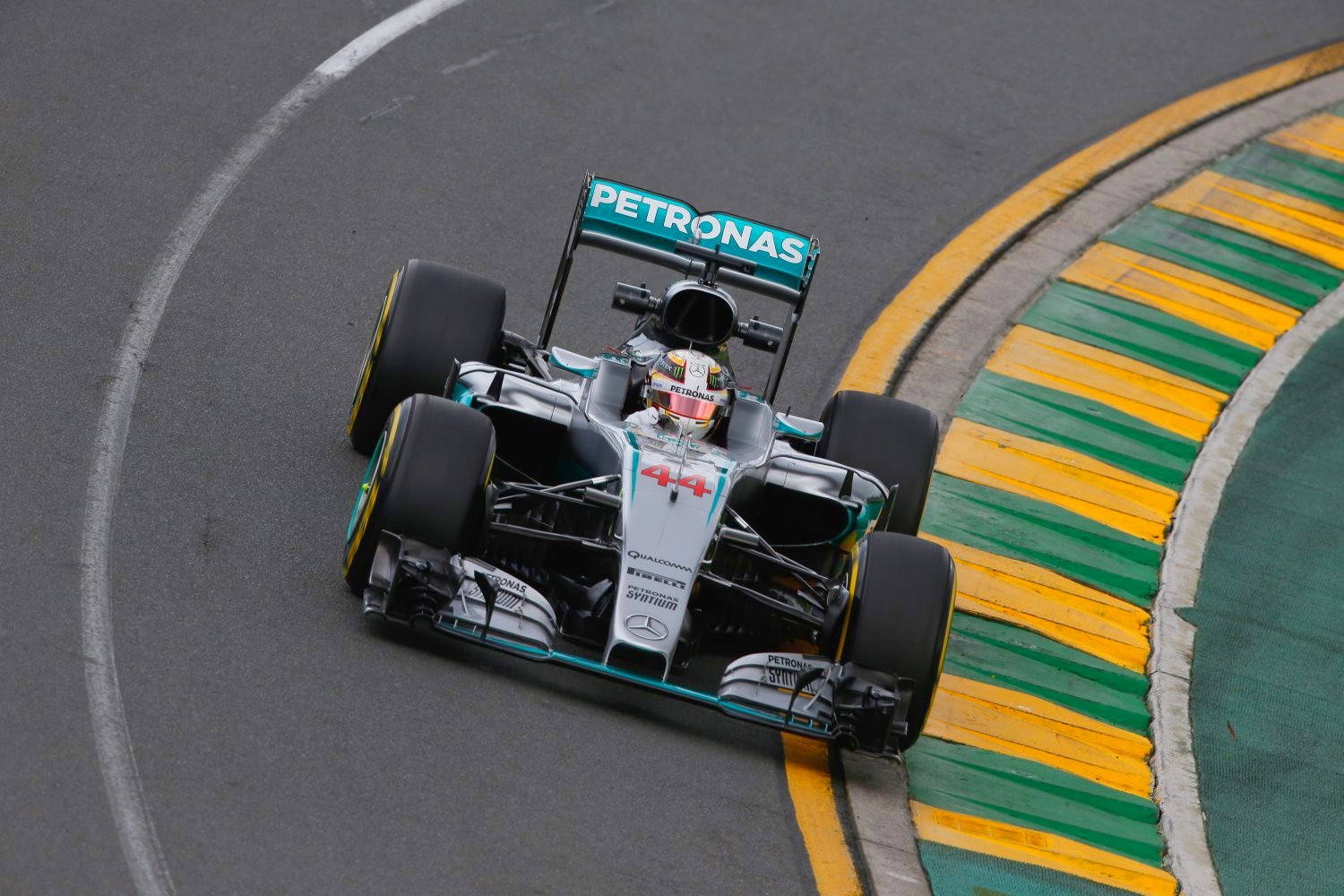 Using the superior Mercedes handling and power, Lewis Hamilton edged out teammate Nico Rosberg in final practice for the Formula 1 Australian Grand Prix with Ferrari's Sebastian Vettel only two tenths off the pace.

Mercedes used the super-soft tires for the first time this year, with Hamilton clocking a 1m25.624s, 0.176s ahead of Rosberg.

The other Toro Rosso of Max Verstappen was sixth, ahead of the Williams of Valtteri Bottas and Red Bull's Daniel Ricciardo.

F1 rookie ride-buyer Rio Haryanto and Romain Grosjean collided in the pitlane early in the session when they were both released at the same time.