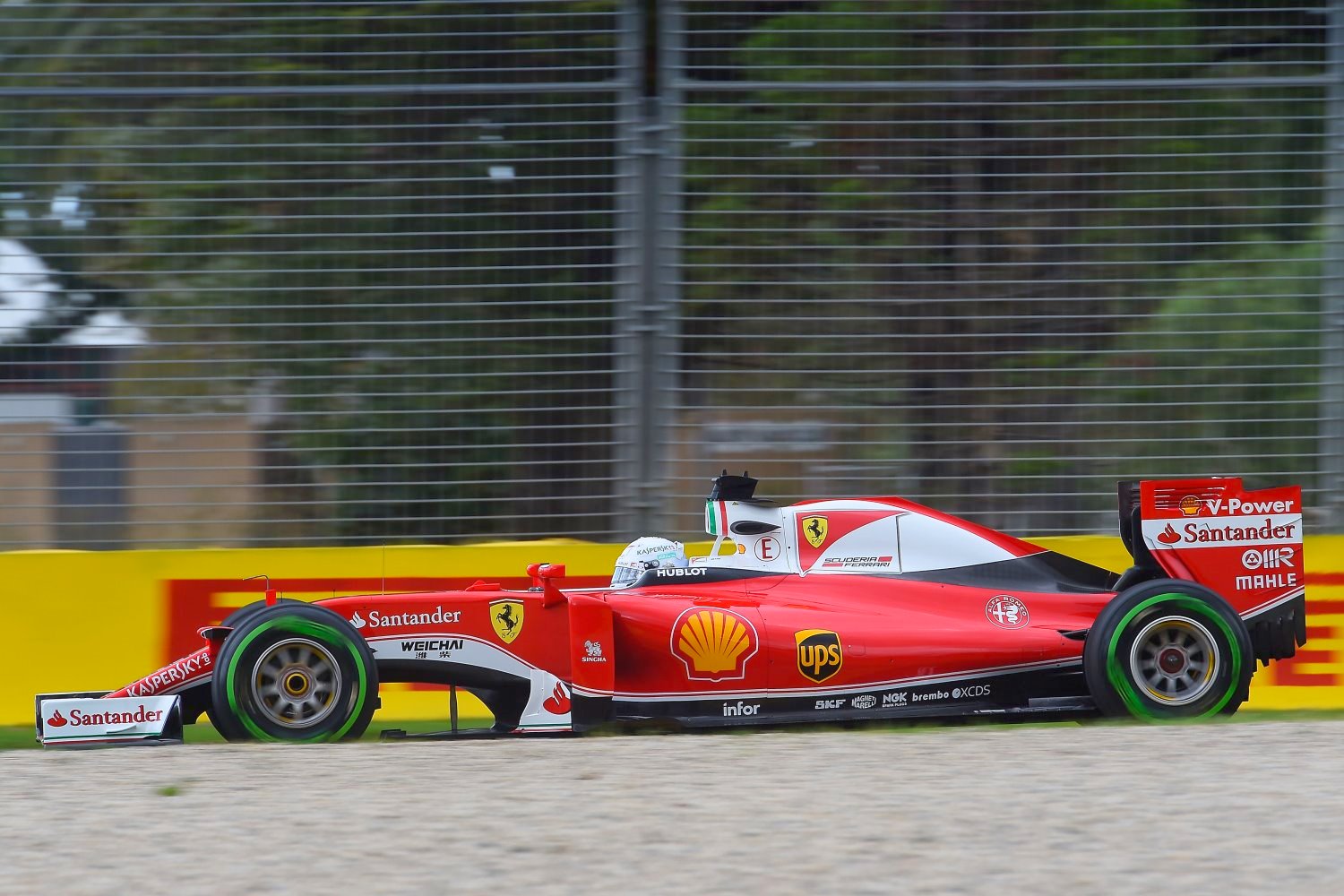 Sebastian Vettel says he doesn't expect his relative lack of running in wet conditions on the first day of action for the Australian Grand Prix to hamper him after opting not to push in the rain.

Inclement weather would hamper proceedings throughout FP1 and FP2, with Vettel completing eight laps in FP1 but not completing a lap time, before going on to set the eighth best time in the wetter, but more consistent FP2.

With weather tipped to be better – albeit still potentially wet on Saturday – and dry on Sunday, Ferrari driver Vettel shrugged off the suggestion he is at a disadvantage to Lewis Hamilton after he topped both sessions.

“I was trying but every time I got out it started to rain," he said when asked why he didn't set time in FP1. “I think there were a lot of people that were struggling today with the conditions.

“Sometimes it's like this," he said. “It was supposed to rain all day, it didn't but it was raining every now and then which was enough to wet parts of the track. There was not much we could learn today."

“It was not ideal but in the end what can you do? It's the same for everyone. It was good to get some laps at least to feel the car, but obviously in terms of preparing the weekend."
Read more at http://www.crash.net/f1/news/228545/1/vettel-unconcerned-by-interrupted-first-day.html#tubPptmdmJWd5Jjf.99