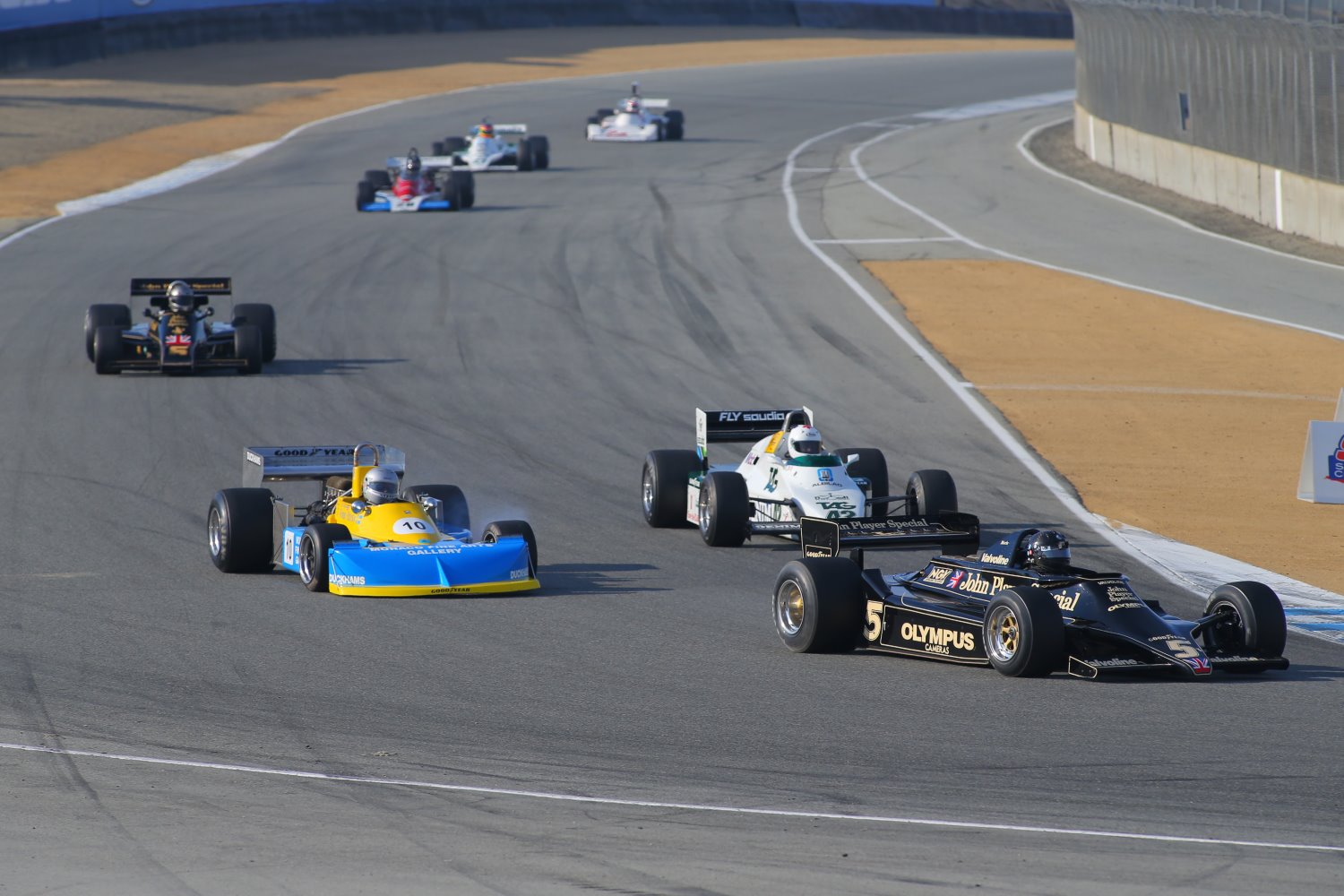 The start of the 2016 Formula 1 World Championship season this week provides the opportunity to look back on how some of the biggest names in the series’ history played important roles in the 60-year history of Mazda Raceway Laguna Seca.

The Formula 1 season starts anew with the Australian Grand Prix at the 16-turn, 3.295-mile street circuit around Albert Park Lake in central Melbourne. Since 1950, 32 different drivers have been crowned World Champion, from Italy’s Giuseppe “Nino" Farina in an Alfa Romeo that first season to England’s Lewis Hamilton last year in a Mercedes-Benz. And while it’s true Mazda Raceway Laguna Seca has never hosted a round of the World Championship, scores of Formula 1 drivers, including 14 World Champions, have competed here over the decades and are in part responsible for its international acclaim.

Fans can experience the Formula 1 greats when approximately 30 historic Formula 1 cars will be featured in their natural environment Aug. 18-21 at Mazda Raceway Laguna Seca during the annual Rolex Monterey Motorsports Reunion. The cars from that classic Formula 1 three-liter era, 1967 to 1984, will be a featured race group that will include constructors like Ferrari, Lotus, McLaren, Tyrrell, Brabham, Surtees, March, Shadow, Hesketh, Williams and Wolf and conjure up driver names like Andretti, Fittipaldi, Hill, Hunt, Lauda, Revson, Stewart and Villeneuve. The 2016 Rolex Monterey Motorsports Reunion, with BMW as the featured marque during its 100th anniversary, will showcase 550 mechanically and period-correct historic races cars in 15 race groups and again serve as a cornerstone of Monterey Car Week.

The list of Formula 1 champions who competed at Mazda Raceway Laguna Seca includes five of the 16 multi-time champions and represents 21 overall season titles.

Sir Stirling Moss, considered by many to be the greatest driver ever despite never having won a Formula 1 Championship, was nonetheless very successful at Mazda Raceway Laguna Seca. He won the first two 200-mile Pacific Grands Prix, in 1960 and again in 1961, driving a Lotus 19. Injuries from a crash at the Goodwood Circuit in England in April 1962 ended his racing career. Afterward, Moss became a fixture on the starting grid during Rolex Monterey Motorsports Reunion events.

Jochen Rindt, the only posthumous Formula 1 Champion (1970), is also the only one of the nine World Champions from 1959 through 1974 who never raced at Mazda Raceway Laguna Seca.

Two years before his 1976 World Championship, James Hunt competed in a match race at Mazda Raceway between the Formula 1 and Can-Am cars of the American-owned UOP Shadow Racing Team. Hunt, who competed the full F1 season that year for Hesketh Racing, joined UOP driver Jean-Pierre Jarier in Shadow DN3 Fords to race against the Shadow DN4 Chevrolet Can-Am cars of George Follmer and Jackie Oliver. Hunt won the pole but Jarier won the 27-lap, $10,000 winner-take-all race. Oliver went on to win that season’s Can-Am championship for UOP.

Australian Alan Jones won the 1978 Can-Am championship on the strength of five victories in the nine races he competed in during that year’s 10-race season. The one race the 1980 World Champion missed, due to a scheduling conflict with the Formula 1 race at Monza, was the one held at Mazda Raceway Laguna Seca. Brian Redman
drove that race instead, finishing 12th due to ignition problems.

Niki Lauda never turned a wheel in competition at Mazda Raceway Laguna Seca but he has been on the property for an event. In March 2006, the three-time World Champion (1975, 1977, 1984), was at the raceway as part of the management of the A1 Team Austria/Team Rosberg in the inaugural season of the A1 Grand Prix single-make open wheel series. His son, Matthias Lauda, qualified 20th and finished 12th. The entire event weekend was marred by near-constant rain and, at one point Friday night, snow. Yes, snow.

SCRAMP celebrates 60 consecutive seasons of hosting world-class motorsports events in 2016. This year’s schedule continues the decades-long tradition of showcasing national and world championship series’ of sports car, open wheel and motorcycle racing, as well as one of the most prestigious annual historic car racing events in the world.