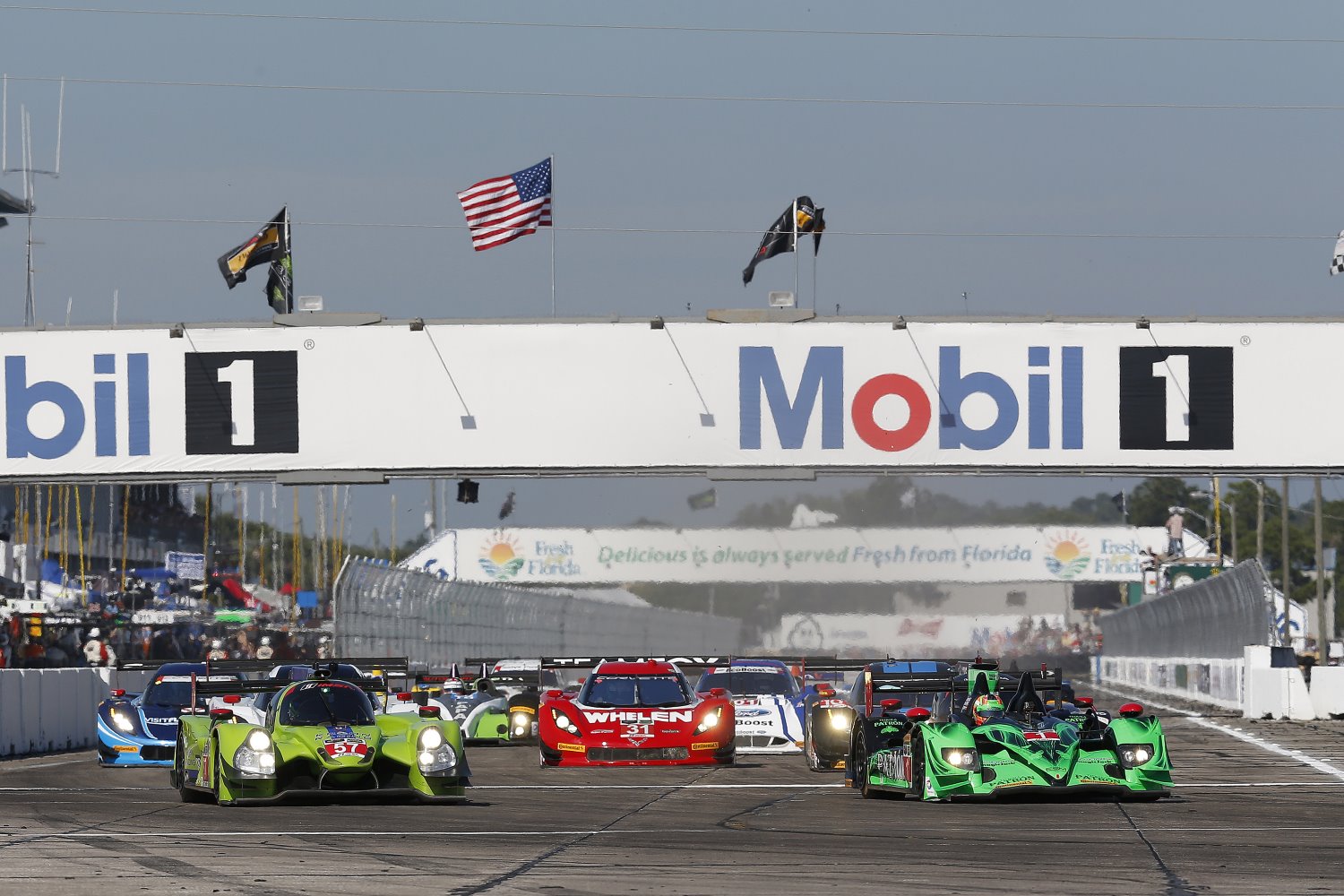 The IMSA WeatherTech SportsCar Championship season continues with one of America’s premier endurance races, the 64th Mobil 1 Twelve Hours of Sebring Fueled by Fresh from Florida on Saturday, March 19.

The sports car classic might be half as long as the season-opening Rolex 24 At Daytona, but many veteran observers describe the race on the 17-turn, 3.74-mile converted airport circuit as being twice as tough.

Race fans can follow the non-stop live action on FS1, FS2, IMSA.tv and the IMSA mobile app, from the pre-race grid and waving of the green flag all the way to the checkered flag and Victory Lane celebrations. Fans can also view 18 hours of live competition on the FOX Sports GO app with FS1 authentication.

The event also serves as the second of four races that comprise the Tequila PatrÃ³n North American Endurance Cup. It's 52 hours of speed, skill, heartbreak, and triumph, a unique competition within the WeatherTech Championship consisting of the most prestigious endurance races in North America: The Rolex 24 At Daytona, Mobil 1 Twelve Hours of Sebring Fueled by Fresh from Florida, Sahlen's Six Hours of The Glen, and Petit Le Mans powered by Mazda. Follow all the exciting action throughout the season, on FOX Sports and IMSA.com.

The weekend also includes races for the IMSA Continental Tire SportsCar Challenge and a pair of 45-minute races for the Porsche GT3 Cup Challenge USA by Yokohama, with the action streamed live on IMSA.com and the IMSA mobile app.

IMSA Radio, a co-production with Radio Show Limited, continues providing live audio coverage of all WeatherTech Championship and Continental Tire Challenge practice, qualifying and race sessions. Tune in live all weekend long on IMSA.tv, RadioLeMans.com, Sirius Channel 106 and XM 205. You can also listen live at-track on 730 AM or scanner channel 454.000.

Wednesday, March 16 (all times ET)
Action begins with a pair of 45-minute practice sessions for the Continental Tire SportsCar Challenge, which will have live audio and timing and scoring on IMSA.com and the IMSA mobile app at 10:15 a.m. and 2:50 p.m.

Thursday, March 17
The WeatherTech SportsCar Championship swings into action with a trio of sessions. Teams get their first looks at the demanding 3.74-mile, 17-turn circuit in one-hour periods beginning at 10 a.m. and 2:25 p.m. Then, don’t miss night practice from 7:30-9 p.m. Activities also include Continental Tire Challenge qualifying at 12:30 p.m., and the live stream of the opening Porsche GT3 Cup Challenge USA by Yokohama race at 3:50 pm. Listen to all the action, live on IMSA.com and the IMSA mobile app.

Friday, March 18
The Continental Tire SportsCar Challenge runs its second race of the season, beginning with the green flag at 12:20 p.m. ET for two hours, 30-minutes of door handle-to-door handle racing. After a short break, the WeatherTech Championship competitors qualify to set the field for the Mobil 1 Twelve Hours of Sebring, beginning with the GT Daytona 15-minute session at 3:30 p.m., followed by GT Le Mans at 3:55 p.m.; Prototype Challenge at 4:20 p.m. and Prototype at 4:45 p.m. Setting the scene for the action is the final 45-minute Porsche GT3 Cup Challenge USA by Yokohama race at 9:05 p.m. All the action will be streamed live on IMSA.com and the IMSA mobile app.

Saturday, March 19
The 64th Mobil 1 Twelve Hours of Sebring Fueled by Fresh from Florida gets underway at 10:40 a.m. Live coverage begins at 10:30 a.m. on FS1 and the FOX Sports GO app. Television coverage shifts to FS2 from Noon to 7 p.m.; continues on IMSA.com and the IMSA mobile app from 7-10 p.m., and concludes on FS2 from 10-11 p.m., including the checkered flag and winners interviews.